by Caroline B. Glick

Before crowd of scores of thousands, Mursi pledged to work for release from US federal prison of Sheikh Omar Abdel-Rahman. 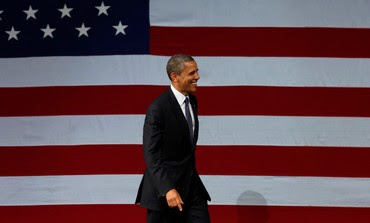 Two weeks ago, in an unofficial inauguration ceremony at Tahrir Square in Cairo, Egypt’s new Muslim Brotherhood President Mohamed Mursi took off his mask of moderation. Before a crowd of scores of thousands, Mursi pledged to work for the release from US federal prison of Sheikh Omar Abdel-Rahman.

According to The New York Times’ account of his speech, Mursi said, “I see signs [being held by members of the crowd] for Omar Abdel-Rahman and detainees’ pictures. It is my duty and I will make all efforts to have them free, including Omar Abdel-Rahman.”

Otherwise known as the blind sheikh, Abdel Rahman was the mastermind of the jihadist cell in New Jersey that perpetrated the 1993 World Trade Center bombing. His cell also murdered Rabbi Meir Kahane in New York in 1990. They plotted the assassination of then-president Hosni Mubarak. They intended to bomb New York landmarks including the Lincoln and Holland tunnels and the UN headquarters.

Rahman was the leader of Gama’a al-Islamia – the Islamic Group, responsible, among other things for the assassination of Anwar Sadat in 1981. A renowned Sunni religious authority, Rahman wrote the fatwa, or Islamic ruling, permitting Sadat’s murder in retribution for his signing the peace treaty with Israel. The Islamic group is listed by the State Department as a specially designated terrorist organization.

After his conviction in connection with the 1993 World Trade Center bombing, Abdel-Rahman issued another fatwa calling for jihad against the US. After the September 11, 2001, attacks, Osama bin Laden cited Abdel-Rahman’s fatwa as the religious justification for them.

And in response to Mursi’s supreme act of unfriendliness, US President Barack Obama invited Mursi to visit him at the White House.

Mursi is not the only Abdel Rahman supporter to enjoy the warm hospitality of the White House.

His personal terror organization has also been the recipient of administration largesse. Despite the fact that federal law makes it a felony to assist members of specially designated terrorist organizations, last month the State Department invited group member Hani Nour Eldin, a newly elected member of the Islamist-dominated Egyptian parliament, to visit the US and meet with senior US officials at the White House and the State Department, as part of a delegation of Egyptian parliamentarians.

State Department spokeswoman Victoria Nuland refused to provide any explanation for the administration’s decision to break federal law in order to host Eldin in Washington. Nuland simply claimed, “We have an interest in engaging a broad cross-section of Egyptians who are seeking to peacefully shape Egypt’s future. The goal of this delegation... was to have consultations both with think tanks but also with government folks, with a broad spectrum representing all the colors of Egyptian politics.”

MURSI IS not the only Arab leader who embraces terrorists only to be embraced by the US government. In a seemingly unrelated matter, this week it was reported that in an attempt to satisfy the Obama administration’s urgent desire to renew negotiations between the Palestinians and Israel, and to satisfy the Palestinians’ insatiable desire to celebrate terrorists, Prime Minister Binyamin Netanyahu offered to release 124 Palestinian terrorist murderers from Israeli prisons in exchange for a meeting with Palestinian Authority Chairman and Fatah chief Mahmoud Abbas.

And how did the Obama administration respond to Abbas’s demand for the mass release of terrorists and his continued refusal to resume negotiations with Israel? By attacking Israel.

The proximate cause of the Obama administration’s most recent assault on Israel is the publication of the legal opinion of a panel of expert Israeli jurists regarding the legality of Israeli communities beyond the 1949 armistice lines. Netanyahu commissioned the panel, led by retired Supreme Court justice Edmond Levy, to investigate the international legal status of these towns and villages and to provide the government with guidance relating to future construction of Israeli communities beyond the armistice lines.

The committee’s findings, published this week, concluded that under international law, these communities are completely legal.

There is nothing remotely revolutionary about this finding. This has been Israel’s position since 1967, and arguably since 1922.

The international legal basis for the establishment of the Jewish state in 1948 was the 1922 League of Nations Mandate for Palestine. That document gave the Jewish people the legal right to sovereignty over Judea, Samaria and Jerusalem, as well as all the land Israel took control over during the 1948- 49 War of Independence.

Not only did the Mandate give the Jewish people the legal right to the areas, it enjoined the British Mandatory authorities to “facilitate... close settlement by Jews on the land, including state lands and waste lands not required for public purposes.”

So not only was Jewish settlement not prohibited. It was required.

Although this has been Israel’s position all along, Netanyahu apparently felt the need to have its legitimacy renewed in light of the all-out assault against Israel’s legal rights led by the Palestinians, and joined enthusiastically by the Obama administration.

In a previous attempt to appease Obama’s rapacious appetite for Israeli concessions, Netanyahu temporarily abrogated Israel’s legal rights by banning Jews from exercising their property rights in Judea and Samaria for 10 months in 2010. All the legal opinion published this week does is restate what Israel’s position has always been.

As he put it, “The US position on settlements is clear. Obviously, we’ve seen the reports that an Israeli government-appointed panel has recommended legalizing dozens of Israeli settlements in the West Bank, but we do not accept the legitimacy of continued Israeli settlement activity, and we oppose any effort to legalize settlement outposts.”

In short then, for the Obama administration, it is all well and fine for the newly elected president of what was until two years ago the US’s most important Arab ally to embrace a terror mastermind indirectly responsible for the murder of nearly 3,000 Americans. It is okay to invite members of jihadist terror groups to come to Washington and meet with senior US officials in a US taxpayer- funded trip. It is even okay for the head of a would-be-state that the US is trying to create to embrace every single Palestinian terrorist, including those who have murdered Americans. But for Israel’s elected government to ask an expert panel to determine whether Israel is acting in accordance with international law in permitting Jews to live on land the Palestinians insist must be Jewfree is an affront.

Obama came into office with a theory on which he based his Middle East policy. His theory was that jihadists hate America because the US supports Israel. By placing what Obama referred to as “daylight” between the US and Israel, he believed he would convince the jihadists to put aside their hatred of America.

Obama has implemented this policy for three and a half years. And its record of spectacular failure is unbroken.

Obama’s failure is exposed in all its dangerous consequence by a simple fact. Since he entered office, the Americans have dispensed with far fewer jihadists than they have empowered.

Since January 2009, the Muslim world has become vastly more radicalized. No Islamist government in power in 2009 has been overthrown. But several key states – first and foremost Egypt – that were led by pro-Western, US-allied governments when Obama entered office are now ruled by Islamists.

It is true that the election results in Egypt, Tunisia, Morocco and elsewhere are not Obama’s fault. But they still expose the wrongness of his policy. Obama’s policy of putting daylight between the US and Israel, and supporting the Muslim Brotherhood against US allies like Mubarak, involves being bad to America’s friends and good to America’s enemies. This policy cannot help but strengthen your enemies against yourself and your friends.

Rather than contend with the bitter consequences of his policy, Obama and his surrogates have opted to simply deny the dangerous reality he has engendered through his actions. Even worse they have come up with explanations for maintaining this policy despite its flagrant failure.

Nowhere was this effort more obvious than in a made-to-order New York Times analysis this week titled, “As Islamists gain influence, Washington reassesses who its friends are.”

The analysis embraces the notion that it is possible and reasonable to appease the likes of Mursi and his America-hating jihadist supporters and coalition partners. It quotes Michele Dunne from the Atlantic Council who claimed that on the one hand, if the Muslim Brotherhood and its radical comrades are allowed to take over Egypt, their entry into mainstream politics should reduce the terrorism threat. On the other hand, she warned, “If Islamist groups like the Brotherhood lose faith in democracy, that’s when there could be dire consequences.”

In other words, the analysis argues that the US should respond to the ascent of its enemies by pretending its enemies are its friends.

Aside from its jaw-dropping irresponsibility, this bit of intellectual sophistry requires a complete denial of reality. The Taliban were in power in Afghanistan in 2001. Their political power didn’t stop them from cooperating with al-Qaida. Hamas has been in charge of Gaza since 2007. That hasn’t stopped it from carrying out terrorism against Israel. The mullahs have been in charge of Iran from 33 years. That hasn’t stopped them from serving as the largest terrorism sponsors in the world. Hezbollah has been involved in mainstream politics in Lebanon since 2000 and it has remained one of the most active terrorist organizations in the world.

And so on and so forth.

Back in the 1980s, the Reagan administration happily cooperated with the precursors of al-Qaida in America’s covert war against the Soviet Union in Afghanistan. It never occurred to the Americans then that the same people working with them to overthrow the Soviets would one day follow the lead of the blind sheikh and attack America.

Unlike the mujahadin in Afghanistan, the Muslim Brotherhood has never fought a common foe with the Americans. The US is supporting it for nothing – while seeking to win its support by turning on America’s most stable allies.

Can there be any doubt that this policy will end badly?