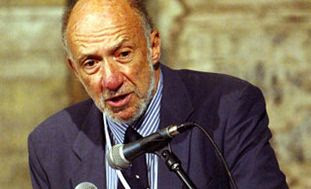 In an article titled “A Commentary on the Marathon Murders” in the online Foreign Policy Journal, Falk, a self-proclaimed advocate of 9/11 conspiracy theories, implies the Boston attack was largely due to Obama’s recent trip to Israel.
“As long as Tel Aviv has the compliant ear of the American political establishment, those who wish for peace and justice in the world should not rest easy,” he writes.

In his essay, Falk compares the marathon bombing to the 2001 destruction of the Twin Towers in New York City, saying that both incidents have led to America embracing “Islamophobic falsehoods.”

He also mentions that the reason for the lack of progress in the Israeli-Palestinian conflict and strained relations between the US and Arab nations is the “strong pushback by Israel and its belligerent leader, [Prime Minister Binyamin] Bibi Netanyahu,” which has led to Obama succumbing to the “ethos of Israel.”

He adds that this has led to “accelerating backpedaling in relation to opening political space in the Middle East.”

Falk describes Obama’s recent speech in Jerusalem during his visit to the Middle East as a “love letter to the Israeli public” rather than a demonstration of his belief in peace.

The comments have since been condemned by various rights groups including the American Jewish Committee (AJC) and UN Watch.

In a letter to UN Secretary-General Ban Ki-moon and US Ambassador to the UN Susan Rice, UN Watch executive director Hillel Neuer said Falk’s comments are a blatant justification for “terrorism, insulting the memory of Boston’s dead and wounded, insulting the American people.”

“Here he goes again,” said AJC executive director David Harris. “Given his public record, the question is why Richard Falk still occupies a UN position. Is there no shame?”

B’nai B’rith International also called for Falk’s removal from the Human Rights Council, saying that his “latest string of inflammatory remarks – whether it be on the Internet or in one of his ‘reports’ to the council – has no place in the United Nations, and his continued presence at the UNHRC further undermines the credibility of the system.”

UN chief Ban Ki-moon said that he would not condemn Falk for his essay, since he is “not responsible” for Falk’s “independent views,” said UN spokesman Farhan Haq.

UN Watch said it was confused and disappointed by the UN chief’s silence.