David Durenberger, who has first hand knowledge of full Pollard case and secret documents, to Obama: "right this wrong." 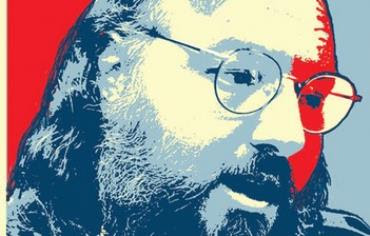 Former senator David Durenberger, who served as chairman of the Senate Select Committee on Intelligence at the time of Israeli spy Jonathan Pollard’s conviction, wrote US President Barack Obama recently and requested that he release Pollard as quickly as possible.

Durenberger’s letter is significant, because he had firsthand knowledge of Pollard’s full case file and all of the secret documents. He served on the committee from 1979-1986 and was its chair during the 1985-86 session of Congress.

“Of course Pollard broke the law and his conviction was deserved,” he wrote.

“But the harshness of his sentence, in light of existing relations between our countries and the nature of our observation of implicit agreements between the countries, was uncalled for.”

The former senator said he had criticized Pollard’s life sentence when it was given, within the parameters of confidentiality imposed on him as chairman of the committee. He said Obama could use his right to grant clemency to fix the error.

“The fact that no President has chosen to take the action which I, and many of my former colleagues and associates in government, request that you take, Mr. President, does not reflect well on the office,” Durenberger said. “I believe in my heart that you have the capacity to right this wrong.

And I respectfully request that you do so at your early convenience.”

A Republican who represented Minnesota in the Senate from 1978-1995, Durenberger is currently a senior health policy fellow at the University of St. Thomas in Minneapolis and chairs the National Institute of Health Policy.

Copyright - Original materials copyright (c) by the authors.
Posted by Sally Zahav at 2:19 AM