US State Department: Recognition of 'Jewish State' not a Precondition to Peace Talks


Kerry discusses peace process with King of Jordan; US reaffirms that it does recognize Israel as the Jewish state. 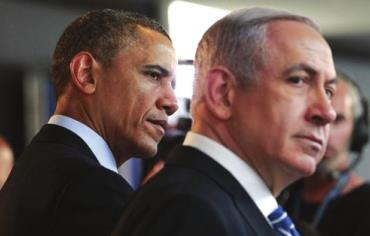 
The affirmed on Friday that the US recognizes as a "Jewish state" but that this is not a precondition in peace talks between Israel and the Palestinians.

The statement was in response to questions regarding the department's position on comments made by Prime Minister Binyamin Netanyahu that the must recognize Israel as a Jewish state, something that its chairman, President , said that he was unwilling to do.
Prime Minister Netanyahu made his position clear at AIPAC's annual convention on Tuesday where he publicly posed the demand to Abbas saying, “Abbas must recognize the Jewish state,” and “in doing so, you’d be telling the Palestinians that, while we have a territorial dispute, the right of the Jewish people to a state of their own is beyond dispute."

The reporters pointed out that while US Secretary of State John Kerry met with the King of Jordan personally in this weekend to discuss the peace process and Jordan's role, the Palestinian news agency quoted Abbas as saying that there was "no way" he would recognize Israel as a "Jewish state." Abbas made the statement on Friday while he met with students in .

State Department spokeswoman stated that though the US position is that it recognizes Israel as a state for the Jewish people, both the Israelis and Palestinians are free to decide what they will finally agree to.

Asked if the gulf between Israel's demand on such recognition and Abbas's open refusal is too wide to bridge and made a compromise less feasible, the spokesperson said that the talks are ongoing and that the US is not surprised or deterred by either side's comments.

"The Secretary [of State John Kerry] fully expected that as we reached a point where there was a discussion about highly contested issues, about issues that have decades if not longer years of history, that there would be statements made, there would be concerning comments made by both sides," she said. "And we have seen that over the past couple of weeks. It’s not unexpected. We still firmly believe that both sides are committed to pursuing this process."

Copyright - Original materials copyright (c) by the authors.
Posted by Sally Zahav at 2:17 AM