Arab Columnists Call On Arabs, Muslims To Demonstrate Against Terror Like They Demonstrated Against Muhammad Cartoons

In response to the Charlie Hebdo attack and to the mass anti-terror demonstrations in France, several Arab columnists called upon the Arabs and Muslims to hold mass demonstrations against terror, just as they held mass demonstrations against the publication of the cartoons mocking the Prophet Muhammad.[1] They said that the absence of protests by the Muslims and their leaders is perceived as indifference, if not acquiescence, in the face of terror and extremism. It was also claimed that the Muslims must acknowledge the problem of increasing extremism among their youth, and fight it by eliminating extremist discourse in curricula, mosques and the media.
The following are excerpts from these articles:

Iraqi Columnist: Condemnations Are Not Enough; Muslims Must Demonstrate Against Terror

Following the January 11, 2015 mass protest in Paris against the wave of terror in the country and in favor of freedom of speech, Iraqi columnist 'Aziz Al-Hajj complained about the indifference of Arab and Muslim societies to terror perpetrated by Muslims, and called to hold protests against it. Writing on the liberal website Elaph, he said: "What is needed before anything else is for states, peoples and elites in the Arab and Muslim world to learn a lesson. [They must learn that] it is not enough for some Muslim religious leader to appear on the [television] screens in France and condemn [the attacks], for it is quite possible that, a few years ago, he was one of those who encouraged the attack on Charlie Hebdo, with the help of the global Muslim Brotherhood organization, headed by Yousuf Al-Qaradhawi.[2] It has been ten years or more since Muslims, either in the West or in the Arab world, held a mass demonstration against the attacks, killings and abductions perpetrated by Islamic terrorist groups in the West or in the Muslims lands themselves. 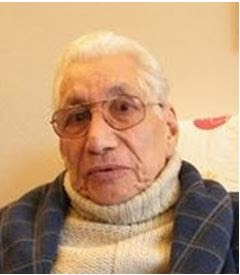 "The Muslims of France did announce their participation in the [Paris] demonstrations on Sunday [January 11]. But the Muslim community did not organize any protests against the crimes committed by Muhammad Merah [in Toulouse] several years ago [in 2012], in which seven people were killed, including four Jewish children. Nor did they condemn the [1995] attack at the Saint-Michel metro station [in Paris], or the crimes of 9/11 or of the Madrid and London [attacks], or the crimes perpetrated by ISIS in Iraq, which include the capture, selling and rape of 7,000 women. All this silence can be explained only as indifference, if not acquiescence, on the part of some of [Muslims].
Arab and Muslim governments, organizations and writers, instead of evading [responsibility] by publishing claims that the West discriminates against Islam and the Muslims, should look for extremism and hatred in and around their own homes – [especially since] we have reached the point where a fatwa was issued forbidding [Muslims] to participate in Christmas celebrations with Christians..."[3]

"We must purge our curricula of all praise for tyrants and arch-murderers like Khalid Ibn Al-Walid,[4] and rediscover the enlightened Arab and Islamic heritage, as exemplified by the Mu'tazila,[5] Ibn Rushd[6] and Al-Ma'arri.[7] [We must also] supervise the traditional schools that teach reading and writing, as well as the sermons of the imams in the mosques and the Husseiniyyas  [Shi'ite religious centers].

"The situation is worrying, the reputation of the Muslims in the world suffers, and Islam itself has almost been placed in the dock. The cries of the rabble about the war against Islam in the West will not help us, because they are a big lie, and proof of this is that millions of Muslims live in the West, enjoying freedom and [treated with] human kindness. Moreover, every day thousands of Muslims make efforts to leave their countries and reach the West. If the democratic Western countries are [so] racist, why do emigrants feel the urge to reach them, [even] at the cost of their lives?"[8]

Egyptian Columnist: The West Will Never Believe That We Truly Oppose Terror Unless We Stand Up En Masse To Condemn It

Egyptian intellectual Mamoun Fandy wrote in his regular column in the London-based dailyAl-Sharq Al-Awsat: "Is it enough for us to say again and again that the policeman killed by the terror organization [during the Charlie Hebdo attack] was a Muslim too? Do statements of this kind suffice and exonerate us of all responsibility for what happened?... I know many intellectuals and middle class [Muslims] living in the West who constantly say, 'We are not terrorists; our religion has nothing to do with terror; the extremists are a minority and we, the majority of Muslims living in the West, condemn terror.' This is true, but positions of this kind are not enough... Is it enough that 100 intellectuals, or a writer and ten leaders and kings, condemned what happened? In my opinion, it is not enough. 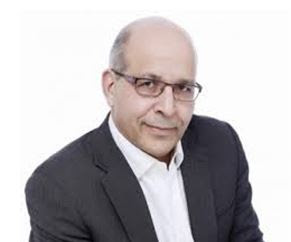 "The West and the non-Muslims will never believe we are truly against terror unless an immense and angry mass of people come out [against it], like the [crowds] that demonstrated on the day the offensive [Muhammad] cartoons [were published]. Personally, as a political analyst who takes an interest in Muslim societies and not just as an individual or a writer, I am truly convinced that we Muslims, both in the Arab and Muslim world and in the West, have a problem of [faulty] education. Yes, we have a problem, because our education, our interpretation of our religion, and the absence of a sense of responsibility on our part all push our children towards extremism and hatred for anyone who differs [from us] in faith, culture or race...

"True, Islam has nothing to do with terror, but there is a visible link between terror and the culture prevailing among Muslims today, especially among the youth – and nobody disputes this. The first step towards resolving the crisis of violence and extremism is to recognize that we have a problem... It is not enough to condemn [violence] and feel sad for a little while. What the Muslims need is to 'upgrade their software,' which is programmed mainly by our schools, television and mosques – especially small mosques that trade in what is forbidden to trade in [i.e., the religion]... There is no choice but to dismantle this system and rebuild it in a way that is compatible with human culture and values."[9]

Saudi Columnist: Protests Against Terror Should Have Taken Place In Muslim Countries, Not Paris

'Abd Al-Rahman Al-Rashed, the former director of Al-Arabiya TV, likewise wrote in his column in Al-Sharq Al-Awsat: "Protests against the recent terrorist attacks in France should have been held in Muslim capitals, rather than Paris, because in this case it is Muslims who are involved in this crisis and stand accused, and are expected to declare their innocence. The story of extremism begins in Muslim societies, and it is with their support and silence that extremism has grown into terrorism that is harming people across the world. It is of no value that the French people, who are the victims here, take to the streets to condemn the recent crimes. What is required here is for Muslim communities to disown the Paris crime and Islamic extremism in general."[10] 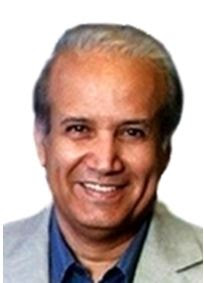 'Abd Al-Rahman Al-Rashed
[1] On these demonstrations, see MEMRI Inquiry & Analysis No. 313, A Retrospective Study of the Unfolding of the Muhammad Cartoons Crisis and its Implications, January 5, 2007.
[2] On Qaradhawi's role in the Muhammad cartoons crisis, see reference in Note 1.

[4] A Muslim military leader and one of the Companions of the Prophet Muhammad.

[5] An early Islamic school of thought which sought to combine Islamic precepts with Greek rationalism, seeing no contradiction between the two.

[6] Ibn Rushd (Averroës) was a 12th century physician and philosopher who had considerable influence on European philosophy in the Middle Ages, and who sought to reconcile Aristotelian philosophy with Islam.

[7] A Syrian poet and philosopher (d. 1054) who advocated deriving moral values from natural concepts of justice, rather than the laws set out by the religious establishment.