Egyptian TV Host Youssef Al-Husseini Following London Mosque Attack: The Muslims Have Contributed Nothing But Terror, So Why Do You Expect Them to Love You? - MEMRI


"Why do they hate us?! If they didn't, there would be something mentally wrong with them."

Youssef Al-Husseini is an Egyptian journalist and TV host, who has worked for several Egyptian TV channels. Since 2011, he has been working for ON TV. He also writes columns for leading Egyptian newspapers, including Roz Al-Yusuf, Al-Yawm Al-Sab'i, and others. Following the vehicular attack outside a London mosque on June 19, Al-Husseini said: "Why do they hate us?! If they didn't, there would be something mentally wrong with them." Claiming that the Muslims have contributed nothing to the West except slaughter, massacres, and terror attacks, Al-Husseini said: "And you still expect them to love us?!" His address aired on ON TV on the day of the attack.

Youssef Al-Husseini: "The terror attack that unfortunately took place [in London] was a vehicular attack. This time, it was near a mosque, if you follow the news. How can anyone decide to carry out a terror attack near a place of worship - near a mosque, a church, or any temple where God is worshipped? In all the previous vehicular attacks, at least in 2016 and 2017, the "heroes" were, unfortunately, Muslims. And then people wonder why they hate us. 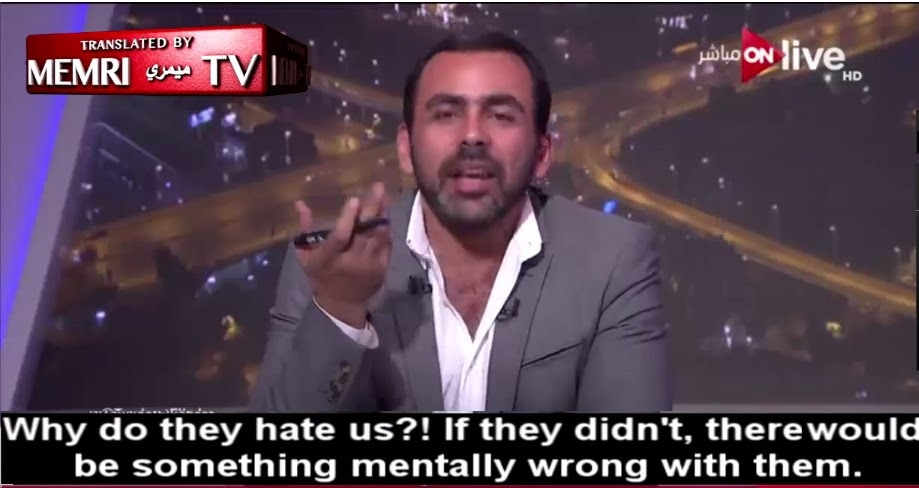 "Why do they hate us?! If they didn't, there would be something mentally wrong with them. 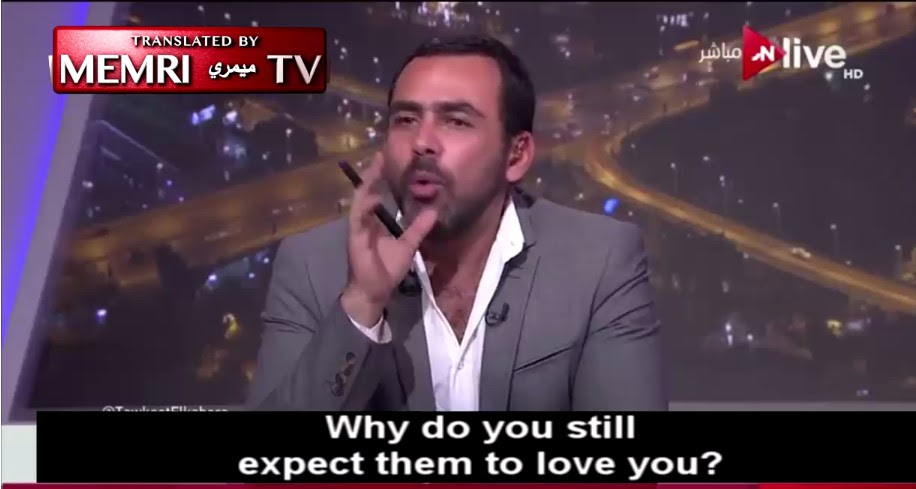 "Tell me what the Muslims have contributed to the world throughout the 20th century? Nothing. What have the Turkish Muslims of the Ottoman state contributed to the West? Slaughter, massacres, the impaling of Europeans on spears... It's true. That's what the Turks did in Europe in the 16th and 17th centuries. What did the Muslim Turks do to their Arab neighbors, most of whom are Muslims? They enslaved them, tortured them, imposed inflated taxes upon them. They made their lives unbearable. What did the Muslims contribute to the West in the 19th and 20th centuries, except for the theories of Maududi, Sayyid Qutb, Abu Bakr Naji, and Osama Bin Laden? What did the Muslims contribute to the West? Don't say to me: "The literature of Naguib Mahfouz and the science of Ahmed Zewail." The [achievements] of these people cannot be attributed to their being Muslims.
[…]

"What have the Muslims shown [the Westerners] to make them love them, and welcome them in their countries?
[…]

"After all this, you still ask me why they hate us?! And then people invent new terms, like "a global conspiracy against Islam." Man, a global conspiracy against Islam would mean that the Muslims are being massacred around the world. The opposite is true. It is the non-Muslims who are being massacred. Am I right, or what? Then you say to me: Have you considered the Muslim minorities in India or Mali? To tell you the truth, what I see is Muslims perpetrating massacres against Christians and other majorities across the globe.
[…]

"The Muslims are constantly whining, lamenting, and wailing: The West is conspiring against us. Fine, let's assume that the West is conspiring against you and only sees your negative image. Where is your positive image? The Muslims of the Abbasid state presented a positive image. They exported scientific research through the so-called "Muslim" scholars, most of whom, by the way, were not from the Arabian Peninsula. None of them were from the Arabian Peninsula. They were all from North Africa, and from what are now called the former Soviet Islamic republics of central Asia.
[…] 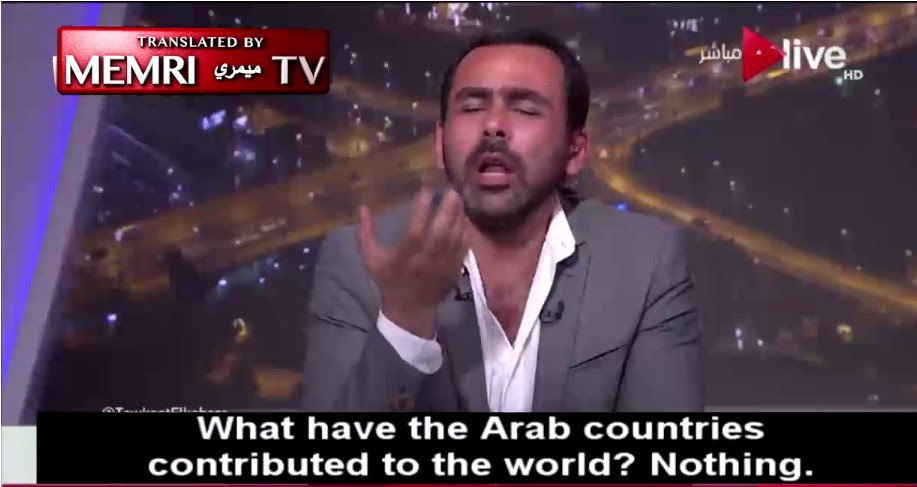 "What have the Arab countries contributed to the world? Nothing. What have the Islamic countries contributed to the world? Nothing. What have they contributed in the field of scientific research? Two, three, four, or ten scientists in the course of 1,435 years? C'mon, man! Let's forget about 435 years and keep just one millennium. Ten important scientists in 1,000 years?! Who invented the airplane? The missile? The space shuttle? Centrifuges? Quantum mechanics? The Theory of Relativity? Who? Where did the most important philosophers come from? Not from here. And you still expect them to love us?! And then you say: "Terror-sponsoring countries like Britain deserve..." Nonsense! People do not deserve to be killed, slaughtered, or run over by a car."
[…]