The protests sweeping across Iran reflect the deep tension between the regime’s commitment of vast resources to the assertion of Tehran’s hegemony and the yearning of middle class Iranians for an improvement in their economic well-being. 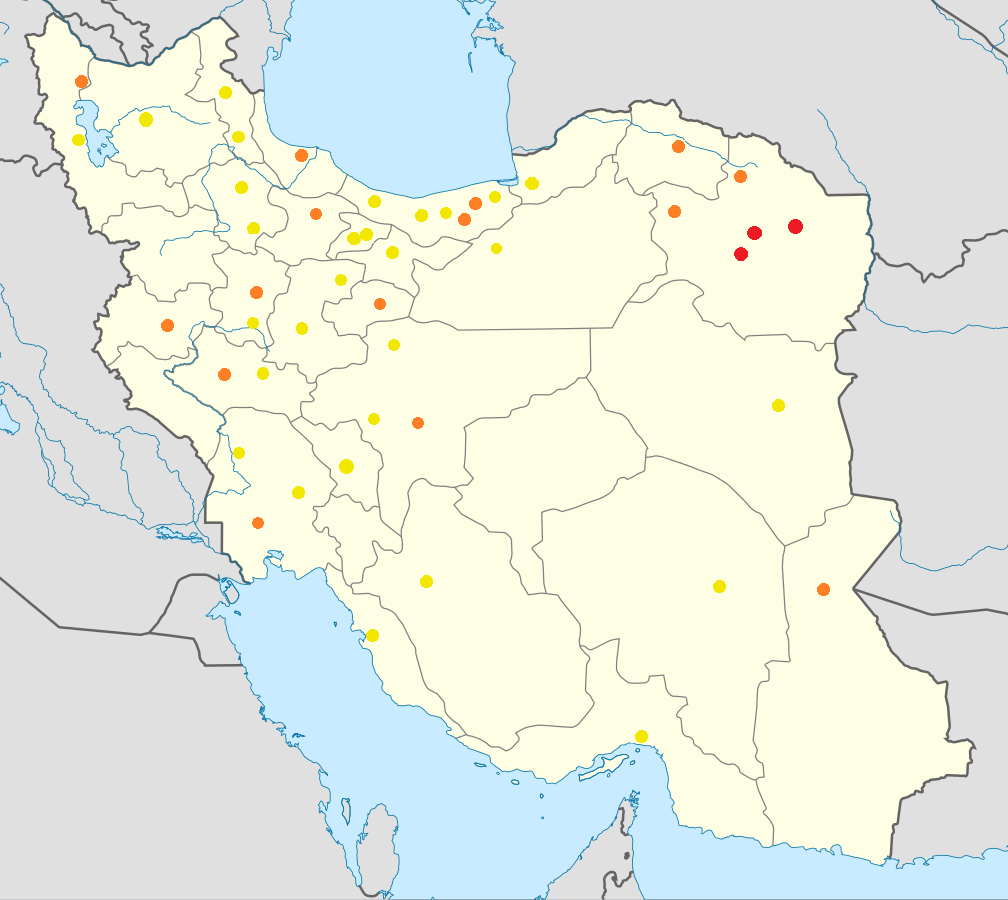 EXECUTIVE SUMMARY: The social protests now sweeping across Iran reflect the deep tension between the Islamic regime’s commitment of vast resources to the assertion of Tehran’s regional hegemony and the yearning of middle class Iranians for an improvement in their economic wellbeing. And while the Islamist establishment that took power in the 1979 revolution is keenly aware of the perils of popular restiveness, history teaches that prolonged retention of power often makes regimes oblivious to the needs and yearnings of their subjects. This could upset the delicate balance between state and society.

The social protests currently taking place in Iran arise from the gap between the Islamic leadership’s ambition for regional hegemony and ordinary people’s desire for a lower cost of living and an improved standard of living – expectations stemming from promises made by President Hassan Rouhani during his first term in office and reinforced by the July 2015 nuclear agreement (JCPOA) and the attendant release of Iranian assets worldwide.

This restiveness differs from the mass protests that erupted after the June 2009 elections on several counts. First, in 2009, the protesters had declared leaders (Mir-Hossein Mousavi and Mehdi Karoubi, who are under house arrest to date). The current protests, by contrast, are spread across a broad axis but have no single leader who enjoys widespread political support. Second, the current protests are the result of cumulative dissatisfaction over a long period of time while the 2009 protests broke out over a specific issue (election-rigging).

A third difference is the geographical axis of events. Today’s protests began in the periphery and the provinces, while the focus of the 2009 protests was Tehran, the capital. Finally, it seems that for the time being, the main force of the protest lies in its decentralization rather than the number of demonstrators involved.

Still, there is a clear line connecting the two protests: the widespread use of social networks to bring citizens into the streets. According to the local media, behind the mobilization of the masses for the demonstrations is an exiled journalist who reaches the people through the Telegram network.

In contrast to the social unrest that led to the 1979 Islamic Revolution, in which tapes and written messages were widely used, social media now constitute the main tool by which the masses are mobilized. This approach reduces the need for a charismatic leader during the first stage, though the appearance of such a leader is essential for the process to be sustained.

The Iranian security establishment, which strives to thwart the demonstrators, has grown more aggressive, leading to an increase in the number of casualties and detainees. Moreover, the current regime’s leaders and commanders arose from the melting pot of the Islamic Revolution, where they gained considerable experience in undermining the stability of an incumbent regime.

It is also worth noting that the current protests, which began in the city of Mashhad, were initially aimed at President Rouhani and not at the Supreme Leader Ali Khamenei. The fact that Mashhad is the hometown of Ibrahim Raisi, Rouhani’s rival in the May 2017 elections, suggests that the protests were the result of an initiative by the conservative establishment opposed to Rouhani.

Raisi’s role as head of the powerful charity “Ostan-e Qods-e Razvi”, and his family connection to the prayer leader at the mosque where the eighth imam of the Twelver Shi’a is buried, directly motivate his circle of supporters in Mashhad. According to Iranian sources, among the Mashhad protestors were prominent Basij members and other loyalists associated with Raisi. But the protests spread like wildfire and took on a completely different character from that envisioned by their initiators.

Initially, the protest focused on the high cost of living and the corruption that has spread through the executive branch. Before long, however, it turned to the Supreme Leader and the manner in which he holds the reins of power. Contrary to the slogans used in previous protests (the student protests of 1999 and the 2009 protests), this is the first time a call has been made to restore the rule of the Pahlavi dynasty. Although it was made by individuals, such a call constitutes an outright rejection of the revolutionary regime and the legacy of the Islamic Republic’s founding father, Ayatollah Ruhollah Khomeini.

To understand the roots of the protest, one must analyze the plight of ordinary Iranians, with an emphasis on the weaker sectors of society. While the regime’s spokesmen have spent their time lauding the Islamic Republic’s achievements in expanding the “axis of resistance” through proxy groups acting on its behalf, the scale of domestic unemployment has exceeded 12%. Indeed, in a recent statement to parliament the Iranian interior minister admitted that the unemployment situation in peripheral regions is much worse than the national average and could reach as high as 60%.

Moreover, the cost of living continues to be a heavy burden on Iranian households, as reflected in a significant reduction in the basic basket of products among middle- and lower-class families. This is despite Rouhani’s success at reducing the inflation rate compared to his predecessor. Moreover, the level of drug trafficking and addiction in Iran is one of the highest in the Middle East and poses a major challenge to the law enforcement system of the revolutionary regime.

It is not surprising, therefore, that the allocation of vast sums of money in the wake of the nuclear agreement to the “axis of resistance” led to great frustration among ordinary Iranians who expected some of the money to go towards easing their domestic burdens.

The extent of popular disappointment in President Rouhani’s policies is not related solely to his failure to meet his electoral pledges, including the reduction of corruption in the political establishment. It stems, first and foremost, from the fact that in his second term in office Rouhani does not seem to stand up to the Islamic Revolutionary Guard Corps (IRGC) in the way he did in his first term.

It is true that Rouhani is an integral part of the revolutionary establishment, where he serves as chairman of Iran’s Supreme National Security Council. It is also true that the Islamic Republic’s constitution presents the president with considerable challenges, as the ultimate reins of power rest with the Supreme Leader and not with him. In addition, the dual structure of the Iranian regime, including the economic system, leaves the president very little room to maneuver.

With that said, during his first term, Rouhani strove to implement a policy that was often criticized by his conservative rivals and the security establishment. His second term, in contrast, has been characterized by a change of direction towards the line dictated by the IRGC. That shift has been at the expense of the economic welfare of Iranian citizens.

The eminent 14th century historian Ibn Khaldun maintained that tribal solidarity (Asabiya) is the social glue that both binds people together and enables them to confront the “Other.” At the same time he argued that dynasties and cultures have a built-in lifespan, because the same solidarity that enables growth also contains the seeds of its eventual disintegration. In other words, the cycle of expansion directly affects social cohesion and hence is its own worst enemy.

Tehran’s quest for regional hegemony has led to considerable achievements as the vacuum left by the “Arab Spring” opened a unique window of opportunity for the Islamic Republic to expand its regional influence. However, the commitment of vast resources to this hegemonic ambition has created social unrest inside the country.

It is impossible to know what the future holds, but the rift between the Islamic regime and Iranian society cannot be ignored. The social protests that erupted as a result of socioeconomic distress contain an indisputable premise, not least since this is hardly the first crack to have opened in the Islamic Republic. The first emerged not long after the establishment of the Islamic regime in 1979 as a result of Khomeini’s decision to turn on his revolutionary partners who had helped him topple the shah. Fissures also arose on ethnic, religious, geographical, and intergenerational grounds, and of course as a result of political and personal struggles for power, status, and control.

There is little doubt that the security establishment that emerged from the Islamic Revolution is keenly aware of the dangers of social unrest and knows how to deal with them; after all, the regime’s leaders were themselves part of the social revolution that brought down the monarchy in 1979. But if history teaches us anything, it is that prolonged retention of power often blinds regimes to the needs and yearnings of their subjects. That blindness is liable to result in blunders that might leave the population deeply scarred and upset the delicate balance between state and society.

Dr. Doron Itzchakov is a Research Associate at the Begin-Sadat Center for Strategic Studies, the Alliance Center for Iranian Studies (ACIS), and the Dayan Center at Tel Aviv University.