Contrary to Erdoğan’s prediction, the Turkish-Russian détente meant that Ankara would acquiesce to Moscow’s terms in Syria, not the other way around. 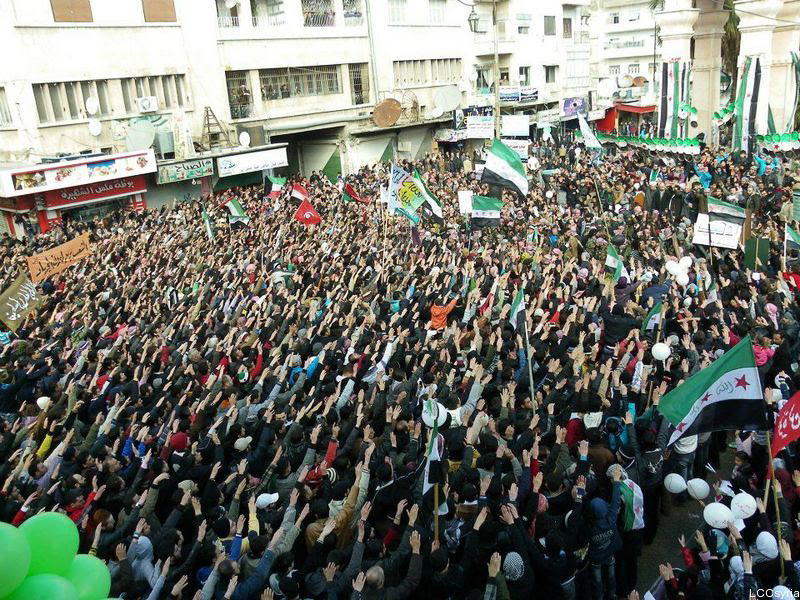 EXECUTIVE SUMMARY: Turkish President Recep Tayyip Erdoğan does not understand that his biggest divergence with Russia is over the future of all of Syria, not just a Syrian province. In theory, it is understandable that he wants to protect the “moderate fighters” because he feels indebted to them for their help to the Turkish army in two cross-border operations. But more than that, he wants to protect them in order to maintain a force that can eventually fight either or both of his two nemeses in Syria: President Assad and the Syrian Kurds.

At first glance, the plan looked viable: using the “Arab Spring” as a legitimate pretext, Turkey would convince Syrian President Bashar Assad to resign; the Syrian ballot box would establish a Sunni-majority regime loyal to Turkey; and the regime would cooperate with Ankara to eliminate the emerging security threat to Turkey embodied by Syria’s Kurds. When Assad refused to quit, Ankara brought together various factions of (Sunni) armed opposition to oust him from power in what would later become Syria’s sectarian civil war.

In the early days of the war, the architect of Turkey’s “Syria design,” then Prime Minister Ahmet Davutoğlu, was very optimistic. The war will end “in weeks, or months,” he said, and “we will pray in Damascus.” Seven-and-a-half years later, Davutoğlu is a retired politician, armed opponents of the Assad regime are holed up in a northern province surrounded by Syrian and Russian forces, and Turkey is struggling to protect selected opposition groups through negotiations with Russia. Idlib is today a small battleground that represents Turkey’s big miscalculations.

On a number of occasions in 2014 and 2015, Erdoğan claimed that Moscow would eventually join Ankara’s Syria policy. It was only a matter of time, he said, until the Russians would agree to an Assad-less Syria. In that confident frame of mind, the Turkish military shot down a Russian Su-24 in November 2015, claiming the Russian fighter had violated Turkish airspace along the Syrian border. Speaking to Russia in February 2016, Erdoğan said: “You don’t even have a border (with Syria). What business do you have here?” He then called Russia an “occupier” in Syria.

However, after facing a slew of punishing Russian sanctions, Erdoğan had to apologize to President Putin in June 2016. By the time Ankara and Moscow normalized relations, the Russians had established themselves as the major foreign military power in Syria. Contrary to Erdoğan’s prediction, the Turkish-Russian détente meant that Ankara would acquiesce to Moscow’s terms in Syria, not the other way around.

Two years later, Assad is winning his country’s civil war, and more than 50,000 opposition militants of several Islamist flavors are holed up in Idlib province, neighboring a Turkish-controlled area in the north and under threat of attack from government forces in the south. Idlib is surrounded by 29 military observation points (12 Turkish, 10 Russian, and seven Iranian) monitoring a ceasefire in four de-escalation zones agreed to in 2017 by Turkey, Russia, and Iran. The deal paved the way for close cooperation between Turkish and Russian military headquarters. In August, Turkish Defense Minister Hulusi Akar and intelligence chief Hakan Fidan visited Moscow twice within the same week.

As Syrian artillery came close to Idlib and Russian planes showed their might in a few preliminary raids over rebel-held villages, worries surfaced over the possible imminent deaths of hundreds of thousands and a new refugee wave approaching Turkish soil. The world feared that a Syrian-Russian attack would indiscriminately kill both militants and innocent people in an area where the population is estimated at over three million. That did not happen. The world sighed with relief as Erdoğan, at a summit in Sochi, Russia, convinced Putin to hold off on a military operation.

But Putin’s agreement was a quid pro quo, and tough conditions are attached. Erdoğan’s victory at Sochi has turned into a nightmare: he must somehow disarm and remove all radical Islamists listed as “terrorists” in the 2017 agreement. This is a Herculean task for Turkey and its security and intelligence agencies.

The biggest radical group in the area is Heyet Tahrir-el Sham (HTS), a Syrian derivative of the former Nusra Front. The Free Syrian Army (FSA), a less radical but armed Sunni group backed by the Turkish military, has been meddling between Ankara and HTS for a farewell to arms but with no success so far. There are even reports that HTS has refused to surrender and, instead, has attacked FSA and Turkish forces.

Then there is the bigger problem of identifying terrorists in a population of three million. Terrorists do not wear badges, and a considerable number of non-terrorists in the region are armed people who oppose Assad. When is armed resistance to the regime terrorism and when is it not? Which armed groups are terrorists and which are “moderate opposition” (often a misleading term when it comes to people holding up weapons and firing them)?

Smaller groups of militants often change sides and banners. Would a small brigade of HTS militants who have now joined a less violent group be considered “moderate opposition” or “former terrorists”?

Another unknown is how much influence Turkey would have over armed groups it has worked with. What if Ankara’s Islamist allies refuse to surrender? And if some of those groups do agree to give up arms, where will they go? If Ankara accepts former comrades onto Turkish soil, would they stay there or wish to sneak into Europe? Can Turkey neutralize Chechen and Uighur fighters and prevent their return to Russia and China to commit acts of terrorism?

The most plausible scenario is to expect Turkish intelligence to do its best to convince the greatest number of former comrades, especially leaders, to give up arms in order to be protected from Syrian and Russian fire. What will work will work, and those who prefer to keep fighting will have to fight a much stronger enemy. It is rational to expect groups of fighters to withdraw into the Afrin province north of Idlib, a safe zone under control of the Turkish military.

But once Idlib has been “cleared,” Assad and his Russian allies will start looking to Afrin, which is potentially a future Idlib.

Erdoğan does not understand that his biggest divergence with Russia is over the future of all of Syria, not just a Syrian province. In theory, it is understandable that he wants to protect the “moderate fighters” because he feels indebted to them for their help to the Turkish army in two cross-border operations. But more than that, he wants to protect them in order to maintain a force that can eventually fight either or both of his two nemeses in Syria: Assad and the Syrian Kurds.

Turkish troops in Syria, Erdoğan has said, will withdraw after “Syria has been returned to its rightful owners, the Syrian people, after elections (that would oust Assad).”At the moment, elections in Syria in favor of Erdoğan’s Sunni allies are unimaginable.


Burak Bekdil is an Ankara-based columnist. He regularly writes for the Gatestone Institute and Defense News and is a fellow at the Middle East Forum. He is also a founder of, and associate editor at, the Ankara-based think tank Sigma.