Proponents of concessions and withdrawals are traditionally cast as guided entirely by professional considerations, while opponents of such ideas are dismissed as driven by ulterior motives and political agendas. This presentation is not only false but the inverse of the truth. 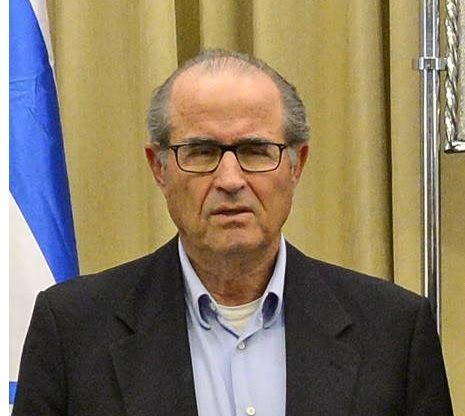 EXECUTIVE SUMMARY: In the public debate on Israel’s national security in general and a desirable Israeli-Palestinian settlement in particular, the dividing line between “political” and “professional” has been drawn by old elites and interest groups. Proponents of concessions and withdrawals are traditionally cast as guided entirely by professional considerations, while opponents of such ideas are dismissed as driven by ulterior motives and political agendas. This presentation is not only false but the inverse of the truth.

Former Mossad Director Shabtai Shavit dismisses my opinion piece “Benny Gantz’s Dangerous Ambiguity on West Bank Disengagement” as a political treatise undeserving of publication by an academic research institute. He derides the BESA Center for Strategic Studies, which published the paper and where I serve as a senior research associate, as “painted since its foundation by political colors in line with the number of its skullcap-wearing associates.” Had Shavit done his due diligence, he would have quickly learned that even by the parameters of his perverse logic, the BESA Center should be painted by quite different “political colors” given that over 80% of its research associates are not “skullcap-wearers.”

This mindboggling stigmatization notwithstanding, it is not the first time I have been accused of subordinating professional considerations to a political agenda. In a 2005 war game at the IDF’s General Staff, contemplating possible military responses to rocket/missile attacks from the Gaza Strip after the looming unilateral disengagement, I argued that the IDF’s operational maneuverability would be severely constrained and that decisions on operating in Palestinian territory across the border fence would be complex and difficult to make. I further maintained that the IDF would find it exceedingly difficult to respond effectively to Hamas missile attacks launched from densely populated areas. I was immediately accused of speaking “politically” rather than “professionally.” The same occurred three years later, when I told my fellow General Staff officers of my doubts about the IDF’s ability to defend Israel in the event of total withdrawal from the Golan Heights. The formula is clear: officers who downplay the security risks of territorial withdrawals do so on “professional” grounds; those who underscore the dangers attending such withdrawals are driven by “political” considerations.

There lies the crux of the matter. In the debate on Israel’s national security in general and a desirable Israeli-Palestinian settlement in particular, the dividing line between the “political” and the “professional” has been drawn by old elites and interest groups that exert overwhelming influence on the public discourse. Thus, proponents of concessions and withdrawals have long been cast as guided exclusively by professional considerations, while their opponents have been dismissed as driven by ulterior motives and political agendas. It is no coincidence that the piece that attracted Shavit’s mudslinging – free of rebuttal of a single fact or assertion – has been translated and thoroughly discussed by the influential Palestinian newspaper, al-Quds al-Arabi.

In reality, it is difficult to find national decisions – in the social, economic, political, educational, and security fields, among others – that are completely value-free and made on professional grounds alone. A medical prognosis is a strictly professional matter; public health policy decisions reflect a socioeconomic worldview and value system.

This in turn means that when former security officials justify far-reaching territorial concessions “because the preservation of certain values overrides the importance of land,” they do so from a clear political vantage point. As such, they have no intrinsic advantage over fellow citizens who hold a different view despite the manipulative substitution of a “professional” prognosis for a politically motivated view.

In these circumstances, Israelis must demand an open and critical public debate that takes the “assessments” and “recommendations” offered by former security officials for what they are: preconceived political views masquerading as impartial professional prognoses.

An earlier Hebrew version of this article was published in Israel Hayom on February 21, 2019.

Maj. Gen. (res.) Gershon Hacohen is a senior research fellow at the Begin-Sadat Center for Strategic Studies. He served in the IDF for forty-two years. He commanded troops in battles with Egypt and Syria. He was formerly a corps commander and commander of the IDF Military Colleges.