When five prominent Saudis  ferociously attack both Hamas as a terror group and Iran as a sinister meddler in the Middle East that supports and uses Hamas, we ought to sit up and take notice. 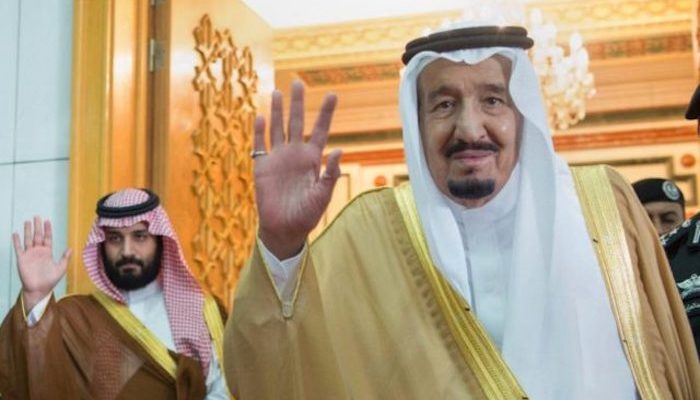 The other day I posted a piece by Saudi journalist and bussinessman Hossein Shobakshi, in which he was scathing about the “obsessive antisemitism” of the Arabs and called for them to remember the good relations between Muslims and Jews in early Islam. While one may find his tale of Muslim-Jewish amity and co-existence exaggerated, the mere fact that he would think and write in such terms, without having his piece censored, was heartening. Was Shobakshi alone in his views, or were there other Saudis like him? It turns out that there are other Saudis even more outspoken.


Several prominent Saudi journalists and intellectuals have expressed support for Israel during the latest Gaza flare-up between May 3 and May 6,, and blamed Iran for the outbreak in hostilities.


Here is the story

‘Hamas and Islamic Jihad fired hundreds of rockets at southern Israel over a two-day span, nearly provoking an all-out war. Israel responded with retaliatory air strikes and assassinated a top Hamas commander who was reportedly a conduit for Iranian funds. A ceasefire went into effect early Monday morning.
“According to translations by the Middle East Media Research Institute (MEMRI), prominent Saudi intellectual Dr. Turki Al-Hamad blamed the violence on Iran and Turkey, both regional rivals of Saudi Arabia.
“It’s a repeating loop: rockets [are fired] from Gaza into Israel, Israel bombs [Gaza], someone or other mediates, the fighting stops — and the common Palestinian folks pay the price,” he wrote. “This is ‘resistance,’ my friend. Iran and Turkey are in trouble, and the Palestinians are paying the price.”…


Turki Al-Hamad is certainly right to point to Iran as a chief instigator [Turkey’s role is less clear, though it does support Hamas] of the latest violence; Iran wanted to force Israel to concentrate on the Gaza theatre, so it ordered Islamic Jihad snipers in Gaza to fire on Israeli soldiers. They wounded two. Israel retaliated with great force, and continued to do so over three days of violence, targeting Hamas intelligence offices, cybercrime facilities, missile warehouses and rocket-manufacturing plants. Several hundred rockets were fired at Israeli civilians; then came another set of Israeli attacks; then more hundreds of rockets.By the time the ceasefire came into effect, Israel had hit 260 Hamas (and Islamic Jihad) targets, while Hamas had fired 690 rockets toward Israel. This was all Iran’s doing; it was only sorry that Hamas sued for a  ceasefire after three days. And Turki al-Hamed is also correct that with the tremendous damage to Gazan infrastructure, it is not Iran but “the Palestinians who are paying the price.”


Another Saudi, Mut’ab Al-Jabrin, responded to Al-Hamad with an attack on Hamas, saying, “Since the Hamas coup and its takeover of Gaza, the [Gaza] Strip has been suffering mismanagement which has caused [its residents] to lose even the most basic services, [namely] power and water.”
“[All this is] due to the foolish policy of Hamas, which does nothing but fire a few rockets that fall even before they reach their target, and which achieve no balance [of power] and exert no political pressure,” he added. “It ends with Israeli strikes that destroy the Gaza Strip’s infrastructures.”


Until recently few Arab journalists — other than someone from the PA, settling scores with Hamas — would so savagely criticize Hamas,, as Mu’tab al-Jabrin does, for the mismanagement that has resulted in a loss of basic services (energy and water) for the people of Gaza.  But Hamas is now openly hated, especially in Egypt, Saudi Arabia, and the Emirates, for its links both to the Muslim Brotherhood and to Iran. In Saudi Arabia, it’s open season on the terror group


Nor is Al-Jabrin impressed by Hamas’ war-making, which he describes as firing “a few rockets that fall even before they reach their target.”


In fact, Hamas did manage to fire not “a few” but 690 rockets; many fell harmlessly, it is true, and 200 were intercepted by the Iron Dome missile defense, but Hamas did manage to make sdozens of hits, killing four Israelis and damaging houses. More important, the fear of Hamas rockets also led to the closing of schools in southern Israel, as well as the shutting down of roads and some workplaces. Still, what is startling is the dismissive contempt for Hamas, rather than any feeling of solidarity,  that this well-known Saudi journalist expresses. He’s clearly fed up with the “Palestinians,” who keep entanglements in violent clashes with Israel that invariably end up with great damage being inflicted on Gazan infrastructure, and with very little damage to Israel.


‘Saudi journalist Muhammad Aal Al-Sheikh, of the Al-Jazirah newspaper (not the Qatari news network), explicitly blamed Iran for the violence, writing, “The Persian ayatollahs have instructed their servants, Hamas, to escalate [the conflict] with Israel, and they obeyed. The result is seven Palestinians dead, versus one Israeli wounded.”
‘Four Israelis were in fact killed by the Hamas rockets.
“Referencing US President Donald Trump’s continuing campaign to put more sanctions on Iran, Al-Sheikh said, “The Persians are tightening the pressure on the US and Israel in retaliation for Trump’s decision, and the victims are the people of Gaza.”


Like other Saudi commentators,Muhammad Aal Al-Sheikh blames Iran for the violence, which is correct. He writes that “the Persian ayatollahs have instructed their servants, Hamas, to escalate ‘the conflict.’


“What he leaves out is that Islamic Jihad, a wholly-owned subsidiary of Iran (that pays all of its bills), not Hamas, started the current violence when, according to the Israelis, snipers belonging to Islamic Jihad fired on Israeli soldiers, wounding two.It is also true that the Iranians then urged Hamas to “escalate” their conflict,”and they obeyed,” ultimately flinging 690 rockets toward Israel.


‘Saudi intellectual and former director of the Middle East Center for Strategic and Legal Studies in Jeddah, Abd Al-Hamid Al-Hakim, wrote strongly in support of Israel and also blamed Iran, writing to Israelis, “Our hearts are with you. May Allah protect Israel and its people.”


“We will not let the treacherous hand of Iran and its agents in Gaza reach the Israeli people,” he added.

“It’s time to say this out loud: confronting the terror of Hamas is the responsibility of all the countries in the region and of the international community [as a whole], not only of Israel,” Al-Hakim asserted. “I say to the Arabs…: Do you want these murderers and agents of Iran to rule Jerusalem?!”


The most astonishing comment on the just-concluded brief conflict in Gaza is by the Saudi intellectual and former director of the Middle East Center for Strategic and Legal Studies in Jeddah, Abd Al-Hamid Al-Hakim, and thus a man of consequence, who did not merely blame Hamas for the hostilities but went out of his way to praise Israel and express solidarity with it,. He openly addressed Israelis thus: “Our hearts are with you. May Allah protect Israel and its people.” He then added: “We will not let the treacherous hand of Iran and its agents in Gaza reach the Israeli people.” Such a remark surely had to have been approved of at the highest level.


“It’s time to say this out loud: confronting the terror of Hamas is the responsibility of all the countries in the region and of the international community [as a whole], not only of Israel,” Al-Hakim asserted. “I say to the Arabs…: Do you want these murderers and agents of Iran to rule Jerusalem?!”

When five prominent Saudis  ferociously attack both Hamas as a terror group and Iran as a sinister meddler in the Middle East that supports and uses Hamas, we ought to sit up and take notice. When several of them seem to take Israel’s side in this recent conflict, that they blame on Iran and its puppet, Hamas, we ought to pay close attention.  We keep hearing about an undeclared alliance between Israel and Saudi Arabia, sharing intelligence about their common enemy, Iran. But these Saudi expressions of fury at Hamas, and understanding, or even sympathy and support, for Israel, go beyond anything one could have imagined even six months ago. And when the most distinguished of Saudi intellectuals dares to express sympathy and solidarity with Israel: “Our hearts are with you. May Allah protect Israel and its people,” then it’s time not just to sit up and take notice, or to pay close attention. It’s time, rather, to stand up and salute.