Americans might well worry about what the next generation of our Muslim youth is imbibing.


In an age of a growing American Muslim population, the United States has seen an increase in the number of American Muslim private schools. Lobbying over public school curricula is also an increasingly important area of focus for American Muslim organizations. By themselves, these phenomena are not problematic, especially with the focus on civil rights so commonly advanced by Muslim educators. But a problem arises when powerful American Islamist organizations use the language of social justice activism as a cover for their efforts to impose their own illiberal values on Muslim communities.


One such organization is the Islamic Society of North America (ISNA), which, among other pursuits, organizes annual "Education Forums" all over the country. Now in their 20th year and drawing hundreds of American Muslim educators with each occurrence, this ISNA educational conference claims to integrate Islamic teachings with social justice activism, working with Muslim educators who teach the next generation of American Muslims. But at its core, ISNA is an Islamist organization with deep ties to overseas terror networks. In the infamous 2007 Holy Land Foundation (HLF) terrorist financing case, the U.S. Department of Justice named ISNA an "unindicted co-conspirator" — naming the group as one of a number of "entities who are and/or were members of the U.S. Muslim Brotherhood."
Accordingly, ISNA's conferences — replete with extreme speakers and exclusionary ideology — facilitate the tendentious education of Muslim American youth by narrowly defining "authentic Islamic studies curricul[a]" and the "Muslim American Narrative" according to ISNA's Islamist ideals.


On April 19, ISNA's latest nationwide educational conference took place outside Chicago, Illinois. This year, the theme was "Integrating Social Justice in Islamic Education: Ensuring equal access to success for all students, parents, and teachers." Indeed, the keynote speaker, British journalist Mehdi Hasan, is an outspoken commentator on the topical question of "Islamophobia" (a frequent ISNA educational conference topic). However, he is also known for a 2009 speech at a Shia mosque in London in which he stated, "Once we lose the moral high ground we are no different from the rest, of the non-Muslims, from the rest of those human beings who live their lives as animals, bending any rule to fulfill any desire." He was also recorded describing disbelief in Islam as an "infirmity" and approvingly citing the Qur'anic classification of atheists as "a people of no intelligence."


While Hasan later published an article apologizing for his "phraseology" in those cases, he concurrently justified his speech by pointing out that he had also called fellow Muslims "cattle." And while he recently issued a sincere-sounding apology on Twitter, reminding his readers that "words matter," he has now nullified his own apology by agreeing to speak for such an extremist organization as ISNA. 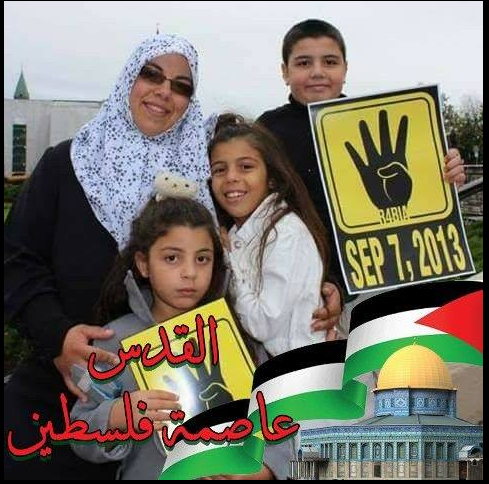 Other speakers at the conference had similarly dubious credentials in fighting bigotry, but were still slated to lead workshops on social justice. One such session — "Social Justice Warriors" — hosted by Islamic elementary school administrators Rania Lawendy and Asma Ahmadi. Lawendy is evidently an avid supporter of the Egyptian Islamist Muslim Brotherhood. Her Facebook page is littered with images of the four-fingered Brotherhood symbol. In 2013, she appeared on a live broadcast in support of ousted Brotherhood president Mohammed Morsi, claiming "he's committed no crimes" — despite accusations that he and his supporters arrested and tortured dozens of opposition members, and that he worked with foreign terrorist groups while in office. Lawendy has also posted her support for Tariq Ramadan, a prominent Islamist academic, who is currently awaiting trial in France on multiple rape charges.


One might hope that these poor speaker choices represent momentary lapses in judgment by ISNA staff. Unfortunately, the radical lecturers at the recent ISNA educational conference are not anomalies. For example, in January, ISNA hosted a regional West Coast educational forum on the theme of "Teaching Values to Empower Students." The conference's banquet featured the Islamist cleric, Yassir Fazaga — whose values seem like a poor choice with which to "empower" American students. Fazaga was exposed in 2012 for his extensive involvement with Peace TV, an extremist media outlet founded by the Islamist televangelist Zakir Naik, who says that "Every Muslim should be a terrorist," and that Jews are "our staunchest enemy."


In 2007, the FBI investigated Fazaga and his mosque — the Orange County Islamic Federation (OCIF) — for extremist activity. And though Fazaga and the Council on American-Islamic Relations (CAIR) subsequently sued the Bureau as part of a class-action lawsuit, their own case files acknowledge that Fazaga and the OCIF did host speakers (including the notorious Islamist homophobe Suhaib Webb) considered radical by the investigating FBI agents. Eric Holder, as Obama administration attorney general, successfully sought the case's dismissal under state secrets privilege. Still, Fazaga insinuated the investigation was only motivated by bigotry, saying that the FBI's strategy "literally boils down into, if you cannot find terrorists within the Muslim community, make terrorists. Create the terrorists." (Fazaga, CAIR, and the ACLU have continued to appeal, and a February ruling "affirmed in part and reversed in part the district court's judgment in favor of the United States, the FBI, and federal officials.")


At other past ISNA education conferences, ISNA has even honored the overtly anti-Semitic activist Yahia Abdul-Rahman with a "Community Service" award. Among other indiscretions, Abdul-Rahman has approvingly posted a Facebook link to "The Ugly Truth," a website that describes itself as "intelligent 'anti-Semitism' for thinking Gentiles." The site features claims that Israel orchestrated the 9/11 terrorist attacks, and discussions about "de-Judifying America." Astonishingly, his Ugly Truth and other anti-Jewish conspiracy posts remain public and visible on his Facebook page.


Given the extremism of Lawendy, Abdul-Rahman and other speakers, teachers who attend ISNA's education forums do not encounter genuinely liberal, pluralistic ideas — but rather encounter fig leaves for something more sinister. If ISNA's vision of "authentic Islamic studies" includes these speakers' Islamist ideologies, Americans might well worry about what the next generation of our Muslim youth is imbibing.

Samantha Rose Mandeles is the coordinator of Islamist Watch, a project of the Middle East Forum. Follow her on Twitter @SRMandeles.


Sean MacCormac is a writer for Islamist Watch.