A Strategic View of the Turkish Campaign Against the Kurds - Maj. Gen. (res.) Gershon Hacohen


Israel needs to reconsider the underlying strategic rationale not only of its covert activities in neighboring countries but also its more overt conduct. 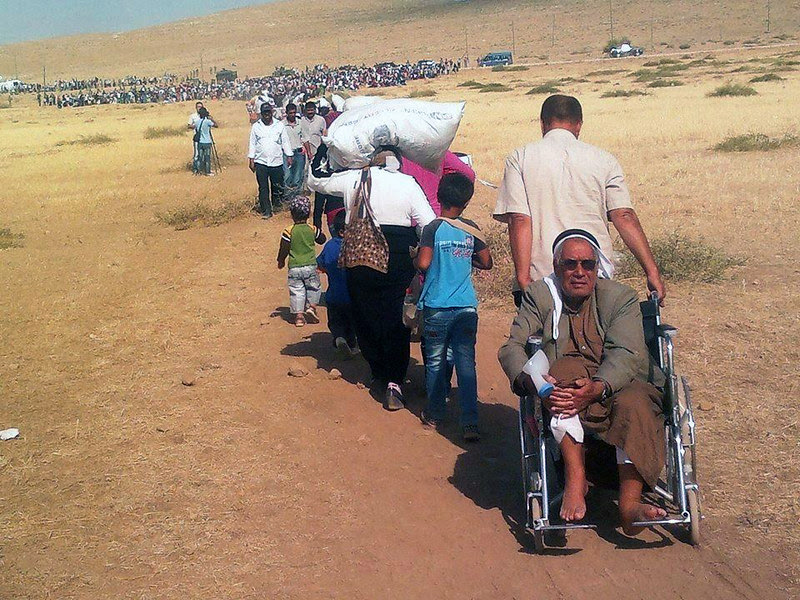 EXECUTIVE SUMMARY: In light of recent regional events in general and the Turkish invasion of Syria in particular, Israel needs to reconsider the underlying strategic rationale not only of its covert activities in neighboring countries but also its more overt conduct. Otherwise it could find itself, in case of war with the northern axis (Hezbollah, Iran, and Syria), winning battles but having trouble ending the campaign with a strategic achievement.

Although Turkish president Recep Tayyip Erdoğan has waged a relatively short and simple campaign against the Kurdish minority in northeastern Syria, it was enough to produce a strategic shift in the array of forces emerging in the Middle East.

It is clear the Kurds have suffered a huge loss. After eight years of the Syrian civil war, during which they were able to maintain their autonomy in northeastern Syria in an area comprising about 30% of the country, their achievements were wrested from them when Washington turned a cold shoulder to their substantial contribution to the defeat of ISIS.

With that said, it is not yet clear who won. Seemingly, Vladimir Putin’s agreement to a Turkish security zone on Syrian soil—to a depth of 30 kilometers along about 120 kilometers of the Syrian-Turkish border—appears, from Erdoğan’s standpoint, to be a fulfillment of the campaign’s objective. But from another perspective, the Russian president’s achievement is much greater than Erdoğan’s.

All that is known at this point about the campaign concerns visible combat events and publicized diplomatic meetings. But strategic events inevitably involve important aspects that are hidden from public view. It is in these, to a great extent, that lie answers to basic questions. For example, what really motivated President Trump to withdraw his forces and abandon the Kurdish allies in their hour of need? What did Putin and Erdoğan agree on during their parley in Sochi? The information made public about that meeting did not necessarily give a full or accurate picture, and it is entirely possible that the details that were leaked were (like the official announcement) intended to mask the real understandings.

From the standpoint of an industry and management engineer, the phenomenon of war entails a plan of action, as in the planning of an assembly line, with the end result reflecting an initial conception. From this vantage point, the way in which a war is planned must necessarily result from how the desirable end point is defined.

It can be argued that President Putin encouraged his Turkish colleague to launch the campaign because he saw an opportunity to bring Assad’s forces back to northeast Syria while transforming the Syrian army from an oppressive force into the savior of the Kurds.

This, in my assessment, is a Western way of looking at things that is very far from Russian behavioral logic. Moscow does not seem initially to have known what was afoot. But from the moment the event took shape, it decided to make the most of this strategic opportunity to expand its regional influence.

For Erdoğan, the return of Assad’s forces to northeastern Syria posed an unanticipated dilemma. In embarking on war, the Turkish tyrant expected a short and simple campaign at the end of which the Kurdish autonomy would be destroyed. But when the Syrian forces entered the arena, with Russian support, matters got complicated, and he had a hard time seeing how he could end the campaign as he had envisioned. Putin, in inviting Erdoğan to Sochi, offered him a lifeline—an escape hatch to ending the war honorably. With that intervention he became the actor holding the key to halting the campaign and bringing about regional stability amid the labyrinth of interests of all the forces involved.

The Iran-Iraq War, which began 39 years ago, is a case in point of how a war can keep going with no end in sight. A campaign conceived by Saddam Hussein as a blitzkrieg of two or three weeks dragged on for eight years because no superpower had an interest in bringing it to an end. The Yom Kippur War, too, might have continued were it not for US involvement and Kissinger’s effective mediation. In the process, Washington gained growing influence in the Middle East as the actor holding the key to the region’s stability, and later in leading the way to peace treaties.

Although the US still sees itself as holding the key to a regional settlement, the lock has been changed, and it is Putin who holds the new key to fostering regional stability. In the new reality, the foundation on which the regional arrangements have been built since the peace treaty with Egypt—that is, American dominance—is changing and even starting to crack. When the key to ending the war is in the hands of the Russians, the chance of its ending with a diplomatic agreement congenial to Israel is slim.

An effective foreign and defense policy requires identifying and exploiting opportunities even in events that are not connected to a direct existential interest. That is how a country can make its presence felt in cases where such presence is an end in and of itself. In the course of the Syrian civil war, Israel avoided a proactive policy of that kind, orienting both its overt and covert actions to a clear defensive purpose. This stands in stark contrast to its policy in the 1960s and 1970s, when it provided considerable military assistance (including Israeli officers’ participation in the fighting) to the Kurdish struggle in Iraq—even though, at that time, Israel held far less military, diplomatic, and economic power.

The conclusion is clear: an actor that does not dare to join the fray, not even to demonstrate a presence and exploit emerging opportunities, will be reduced to watching the event from the sidelines. In light of recent regional events in general, and in northeastern Syria in particular, Israel needs to reconsider the underlying strategic rationale not only of its covert activities in neighboring countries but also its more overt conduct. Otherwise it could find itself, in case of war with the northern axis (Hezbollah, Iran, and Syria), winning battles but having trouble ending the campaign with a strategic achievement.


This is an expanded version of an article published in Israel Hayom on October 25.

Maj. Gen. (res.) Gershon Hacohen is a senior research fellow at the Begin-Sadat Center for Strategic Studies. He served in the IDF for 42 years. He commanded troops in battles with Egypt and Syria. He was formerly a corps commander and commander of the IDF Military Colleges.