Thousands of demonstrators gathered in the rain to listen to speeches and roll out a giant banner with the key events of the past 6 months of protests.


Hundreds of anti-government protesters gathered in the pouring rain in Hong Kong on Sunday to pledge to continue a social movement that has lasted for nearly seven months.

The organiser estimated about 4,000 people attended the authorised rally in Central, while police put the turnout at 500 at its peak.

The assembly took place ahead of a march by Civil Human Rights Front on New Year’s Day to press the government to meet the core demands of protesters. The front, an umbrella organisation of pro-democracy groups that has arranged some of the campaign’s key protests, received a letter of no objection from police on Sunday for the march from Victoria Park in Causeway Bay to Chater Road in Central. Police said they reserved the right to end the march if public order was threatened.
In its application, the front estimated at least 32,000 people would attend.
Thousands gather in rain for peaceful anti-government rally in downtown Hong Kong
On Sunday, the usual chants of “five demands, not one less”, “disband Hong Kong police” and “Hongkongers, revenge!” were once again loudly heard in Central, as protesters attended the assembly at Edinburgh Place.
They also rolled out a giant black banner that marked the key events in the first six months of protests, which were triggered in June by the now-withdrawn extradition bill
.
An eight-year-old, who gave her name as Hailey, wrote on the banner: “Hongkongers revenge, Liberate Hong Kong, revolution of our times.” 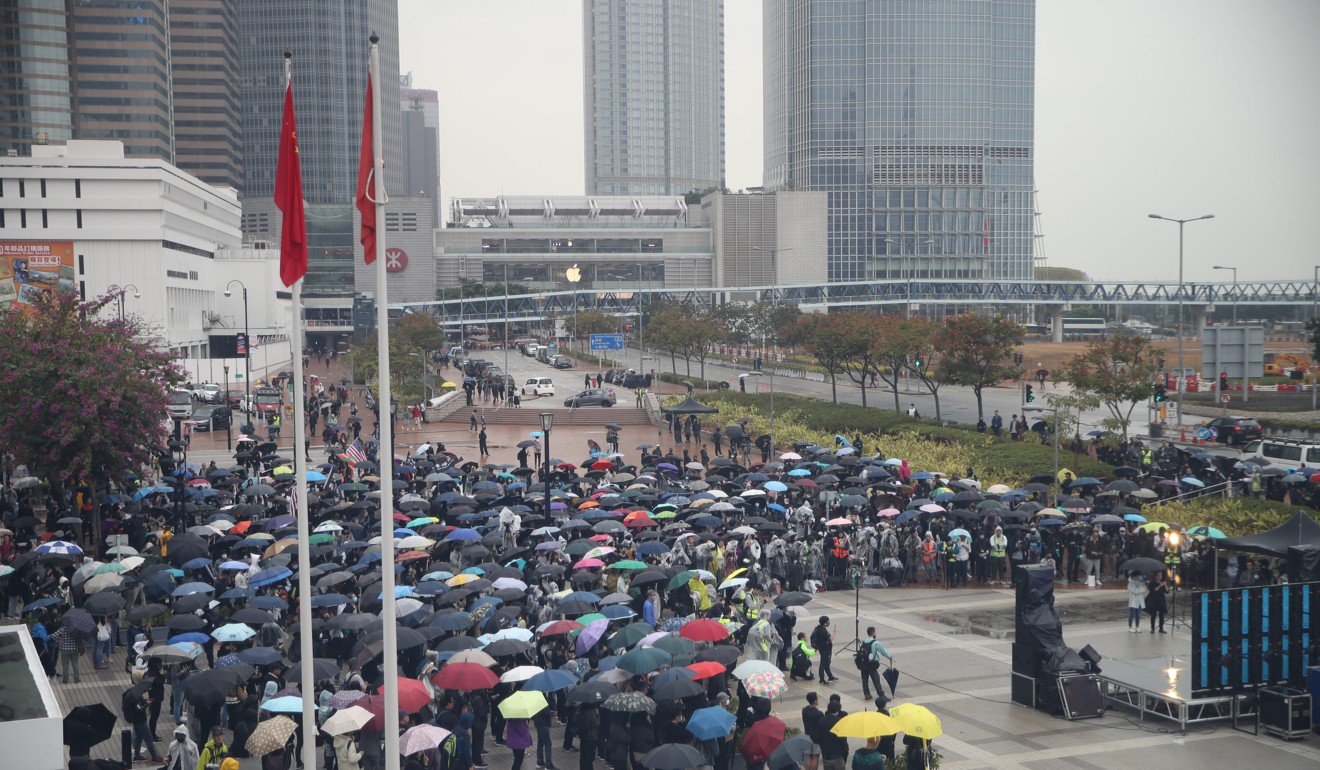 Protesters gather in the pouring rain on Sunday afternoon in Central. Photo: Winson Wong
Hailey and her mother said they had attended mass demonstrations together since June 9, when an estimated 1 million protesters took to the streets against Chief Executive Carrie Lam Cheng Yuet-ngor’s controversial bill.