Arab-American Researchers: Any Palestinian Leader To Make Real Peace With Israel Will Be Assassinated Like Sadat - MEMRI


"[T]he Arabs are 'mentally and culturally disposed' to refuse to accept the right of Israel to exist".

On their Al-Hurra (U.S.) TV show, Syrian-American human rights activist Ammar Abdulhamid and Egyptian-American researcher Samuel Tadros spoke about the Deal of the Century. Egyptian-American Samuel Tadros said that if people really want a "free Palestine" they should demand a Palestinian state that is free, not only from Israeli occupation, but free from the corruption, oppression, and dictatorship, which exist in Arab countries. Syrian-American human rights activist Ammar Abdulhamid said that it was the Arabs who started the Arab-Israeli conflict by rejecting the U.N. Partition Plan in 1947. Tadros asked whether the Arabs really want peace with Israel. He suggested that what the Arabs want is a truce and they will resume war with Israel after they regain power. He said that currently they are dealing with Israel because they are weak and have no choice. He continued to say that support for the Right of Return for Palestinian refugees means the rejection of the State of Israel and changing the country's demographics. Abdulhamid added that the Arabs are "mentally and culturally disposed" to refuse to accept the right of Israel to exist. Later on in the show, Tadros said that the "hands of the Palestinian leadership are tied." They know that any leader who comes up with a final peace accord with Israel will be assassinated, like Egyptian President Anwar Sadat. He said: "All the Palestinian leaders know that they cannot pay the real price of peace." The show aired on February 6, 2020. For more from Ammar Abdulhamid and Samuel Tadros, see also MEMRI TV clip No. 7438 and MEMRI Special Dispatch No. 8246.

Samuel Tadros: "What will we gain if we add to the 21 Arab states a 22nd state with the same corruption, oppression, and so on? If the people really demand a free Palestine, it means that it should be free not just from the Israeli occupation, but free from corruption, oppression, dictatorship, and all those [negative] things that exist in our countries." 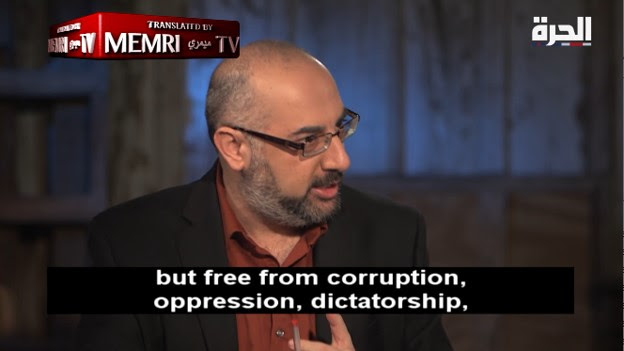 Ammar Abdulhamid: "It was the Arab countries that turned against the international legitimacy in 1948. The Arab-Israeli conflict was started by the Arab countries when they rejected the U.N. Partition Plan and declared war against Israel."

Samuel Tadros: "Do we really want peace with Israel? Do we want peace or do we want a hudna [truce] and then we will resume the war after we gain power? Is it just that we are weak and have no choice but to deal with them, or do we really accept the idea of permanent peace and a final resolution of our conflict with them? This is the basic question that we refuse to answer. If, for example, you refuse to recognize Israel as a Jewish state and want the [Palestinian] refugees to return to it, it means that you do not accept Israel and you want to change it demographically, through the return of the [Palestinian] refugees. This is a basic question that the Palestinian leadership must answer." 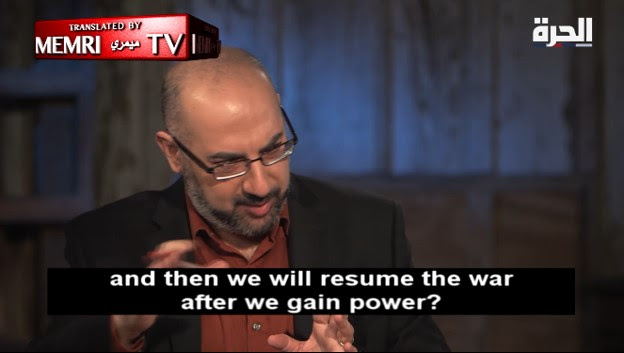 Ammar Abdulhamid: "I believe that we all know the answer, which is that until now, the existence of Israel and its right to exist is still not recognized [by the Arabs]. We are mentally and culturally disposed to this refusal." 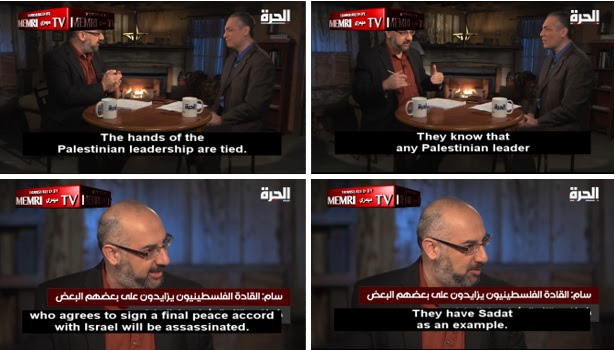 "On the one hand, we say that Sadat saw the future when he signed a peace accord and regained all the Egyptian lands. He also invited the Palestinians to join in. They had a chance to join the negotiations but they rejected it. On the other hand, look at how Sadat ended his life. With a bullet. Therefore, all the Palestinian leaders know that they cannot pay the real price of peace." 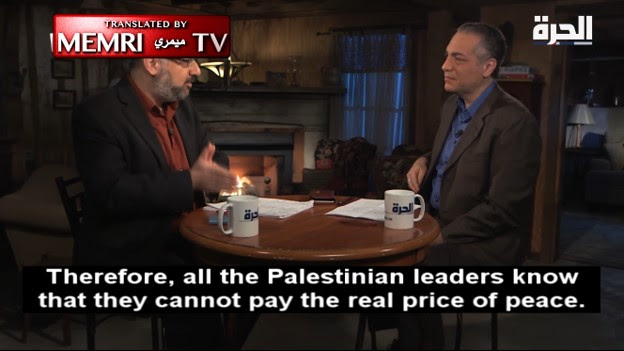