​
by Patrick Mendis and Joey Wang

Even though the Sars disaster demonstrated the need for greater openness, China has made the same mistakes in the current crisis while expecting a different outcome. 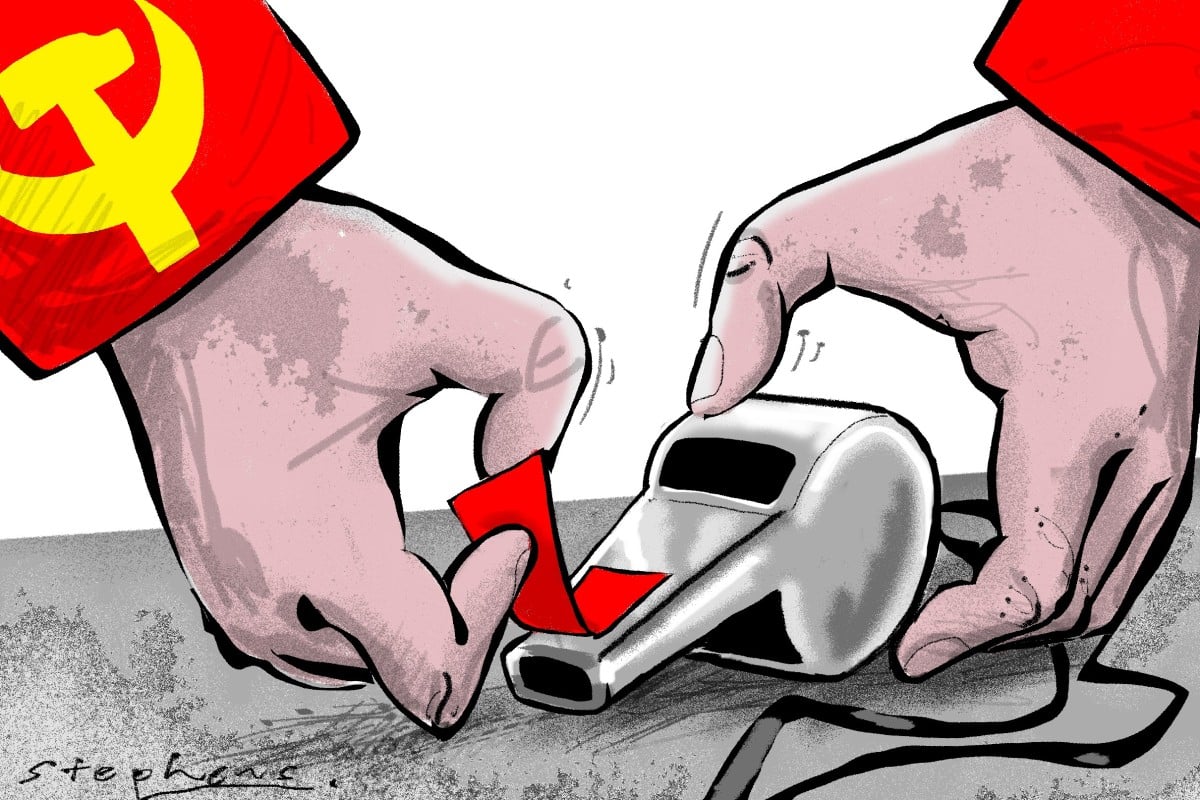 
Given the Communist Party’s tight grip on power, it is hardly surprising that it would mortgage the health of Chinese citizens early in the coronavirus crisis to preserve the political system. Indeed, while China has responded faster to the coronavirus epidemic than it did the severe acute respiratory syndrome outbreak in 2002-3, it has also exposed an inherent flaw in its system, by silencing and punishing those who deviate from official orthodoxy.
Even though the Sars disaster demonstrated the need for greater openness and responsibility, China has made the same mistakes in the current crisis while expecting a different outcome.
The first mistake was shooting the messenger.


Dr Li Wenliang – a young ophthalmologist at Wuhan Central Hospital – had first shared his concerns on December 30, 2019 with a group of former classmates on WeChat. At the time, the coronavirus had not yet been identified. Dr Li warned of a Sars-like outbreak, and encouraged his classmates to adopt stricter measures to prevent infection in their hospitals.
However, screenshots of this private chat spread and came to the attention of his superiors. Dr Li’s reward for this simple act of professional vigilance was an order from the hospital to write a letter of self-criticism. The local police also questioned him, saying he had “gravely disturbed social order”.
Dr Li was forced to give affirmative answers to two questions in a statement – “Can you stop your illegal behaviour?” and “Do you understand you’ll be punished if you don’t stop such behaviour? – and to put his red thumbprint on them. With this statement, the virus was allowed to spread unabated for a few more weeks.


This would lead to the second mistake: a perfect storm was gathering, as the district of Baibuting in the city of Wuhan prepared for an annual mass banquet. To celebrate the 20th anniversary of the event, local organisers were planning to break a world record for the most dishes served.
For at least three weeks before the banquet on January 18, the Wuhan authorities had known of the virus spreading in the city. Common sense would have dictated immediate measures to protect public health. Instead, orders were issued to suppress the bad news.

One reason the Wuhan mayor failed to take health experts’ advice, as explained by a Beijing adviser to the Financial Times, was his concern “that an escalation in disease prevention may hurt the local economy and social stability”.

This decision would have two escalatory effects. First, it accelerated the spread of the virus, given that members of some 40,000 families prepared the food for the banquet, many of whom showed up to eat it.
Second, it facilitated the spread of the virus around the world. The banquet was followed by an exodus of about five million people from the city, which helped transport the virus beyond Hubei province and China.
By January 29, the number of coronavirus cases had already risen to 7,700 worldwide, and 170 people had died in China. The figures were probably conservative, because of a shortage of test kits at the time.
On the same day, China’s Supreme Court finally said the Wuhan police should have been more lenient with those who sounded the alarm about the outbreak, instead of accusing them of spreading rumours. This was a lame gesture of recognition of clear facts on the ground. This leads to the third mistake.

Now that the cover-up has failed, China is slowly and begrudgingly admitting the inadequacy of its response to the crisis. An advance team from the World Health Organisation was only able to enter China on February 10, and it is still unclear how much latitude it will have to investigate the origins of the epidemic.

The US Centres for Disease Control and Prevention – one of the world’s most respected organisations – has not even been invited to assist in the investigation.
With this degree of restriction and censorship, not to mention the threat to public health outside China, there has been a massive outcry over not only the silencing of Dr Li, but also the Chinese government’s mishandling of the entire crisis.

In this context, one can only tremble at the thought of the estimated one million Uygurs being held in so-called “vocational training centres” in Xinjiang. The World Uygur Congress has sounded the alarm about the risk of the virus spreading in the camps. But, according to official figures, only 55 coronavirus cases have been reported in Xinjiang.

Even if not actually complicit, the WHO at the very least must share some of the blame for the slowness of the response. As the virus spread through Wuhan in January, the WHO’s director general, Tedros Adhanom Ghebreyesus, praised the “transparency” of the Chinese response. As The Washington Post put it, this gave the impression that “China has got this.”
The Communist Party has a vice-like grip on what is seen and heard in the country; after all, controlling the narrative is the sine qua non of the success of Beijing’s leadership. Contagious diseases are, however, indifferent to ideologies. Sometimes, a message is simply too critical to ignore or cover up.

For now, the best possible policy prescription has already been given by the messenger who paid the ultimate price. In an interview with The New York Times before he died, Dr Li said: “If the officials had disclosed information about the epidemic earlier, I think it would have been a lot better. There should be more openness and transparency.”

Patrick Mendis, a former visiting professor of economic diplomacy at Wuhan University, is a Taiwan fellow of the Ministry of Foreign Affairs of the Republic of China and a distinguished visiting professor of global affairs at the National Chengchi University in Taipei.
Joey Wang is a defence analyst. Both are alumnus of the Kennedy School of Government at Harvard University