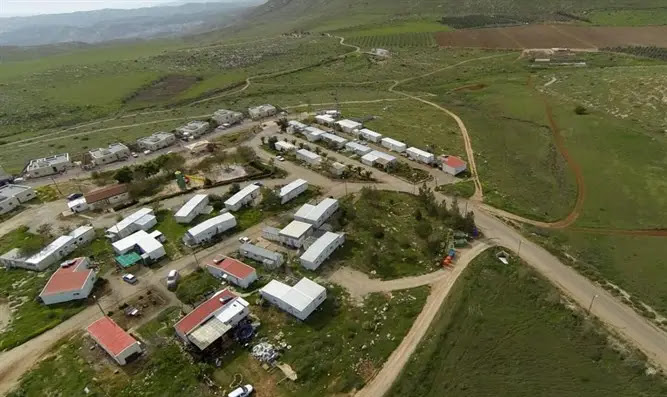 "Supreme court judges have crushed the human rights of 250 residents and ordered the demolition of a living and prosperous settlement," Gantz said. "In an unparalleled injustice, the judges overturned the district court's decision and proved that only political motives and extreme leftist views guide them and cause them to abuse children and families and order the displacement of a thriving community."

Gantz said that the community of Mitzpe Karmim was established with the approval and consent of all State authorities. ''The then-Prime Minister Ehud Barak approved the settlement's construction on the ground after the area was carefully selected. The settlement was built at the time with full consent at its current location and now the Supreme Court is raising its hand against it."

He said, "The responsibility for preventing injustice rests with the Prime Minister, the Minister of Defense and the elected representatives of the public. There is no other way. The Override Clause must be promoted and the full regulation law re-enacted. There is no other solution to the Supreme Court's hostility to the settlements and to any policy that is not extreme left."

MK Gideon Saar (Likud) responded to the ruling and called for another hearing in the Supreme Court: "The result reached by the majority judges on the matter of 'Mitzpe Karmim' is illogical and unjust. The State must continue to fight to regulate the status of the settlements and submit a request for a further hearing based on the ruling of Justice Hendel and to promote legislation, if necessary."

The Yesha Council said that this was "another scandalous decision by the Supreme Court, which seeks to harm the settlements in a grievous ruling that discriminates against Jews. There is neither justice nor logic here."

''The district court ruled that the settlement could be regulated, but in a draconian move the judges decided to demolish Jewish homes without any justification. This is severe discrimination against the localities in Judea, Samaria and the Jordan Valley, which was done in bad faith."

The Yesha Council demanded that Prime Minister Netanyahu "give an appropriate Zionist answer and immediately approve the construction of thousands of housing units throughout the settlements."