Like most moments in the passionate Turkish-Persian relationship, incidents of Muslim-to-Muslim fraternity are misleading. 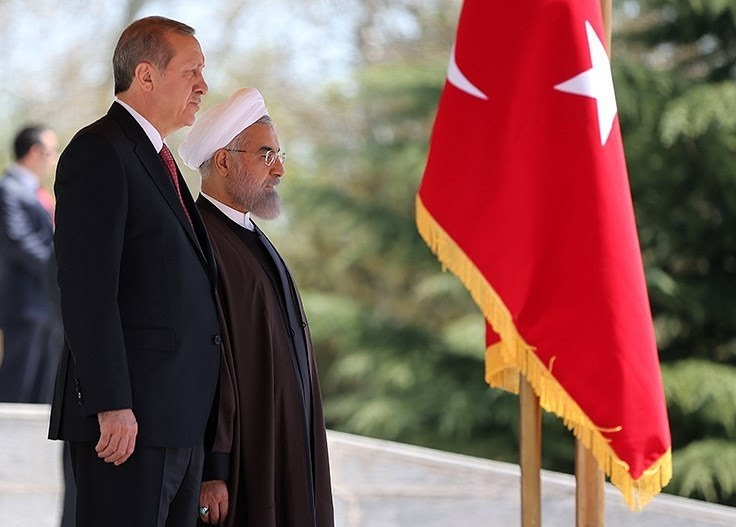 EXECUTIVE SUMMARY: Like most moments in the passionate Turkish-Persian relationship, incidents of Muslim-to-Muslim fraternity are misleading. For the mullahs in Tehran, Turkey remains too western, too treacherous, and too Sunni. For the neo-Ottomans in Ankara, Iran remains too discreetly hostile, too ambitious, too untrustworthy, and too Shiite.

After having fought several inconclusive wars, the Ottoman Turks and the Safavid Persians decided, in 1639, to embrace a new code of conduct that would last for centuries: cold peace. After Iran’s Islamic Revolution in 1979, that cold peace was tested: the then staunchly secular Turkish establishment feared that the mullahs in Tehran might wish to undermine Turkey by exporting its “pervert Islamism” to Turkish soil.

The 21st century iteration of the cold peace took a different turn after Turkey swerved from staunch state secularism to elected Islamism. Theoretically, the cold peace should have moved from “cold” to just “peace.” It did not, because Turkey’s Islamism was too Sunni and Iran’s too Shiite.

The cold war was here to stay, with its golden rule respected by both Ankara and Tehran: pretend to respect your rival; do not openly confront one another; and cooperate against common enemies – there are, after all, plenty of them.

Trade between the cold peace partners would prosper. President Recep Tayyip Erdoğan once said, during his time as the Turkish prime minister, that he felt Tehran was his second home. In return, then Iranian president Mahmoud Ahmedinejad praised his good friend Erdoğan “for his clear stance against the Zionist regime.” The “Passage to Persia” was in perfect progress, at least in theory.

When, in the summer of 2009, Tehran’s streets erupted in flames and thousands of angry young Iranians rose up under the Green Movement banner against Ahmedinejad’s corrupt sharia rule, the Turkish government exchanged diplomatic niceties with Tehran. “It is not right to interfere in the domestic affairs of a big country like Iran,” then President Abdullah Gül commented on the Iranian protests. “Iran’s stability is very important for us. We want Iran’s problems to get resolved without disturbing internal peace.”

Four summers later, in 2013, millions of Turks took to the streets to stand against a government they thought was moving in an increasingly “Iranian direction;” i.e., towards an unpleasant blend of autocracy and Islamism. As the Turkish protests gained strength, the Iranian government reciprocated for 2009 by staying mute. Puzzlingly, Iranian youth, too, were largely indifferent to the Turkish riots, though some watched them with excitement and curiosity.

At the peak of the Turkish protests, Erdoğan and his senior officials blamed the unrest on a rich menu of culprits, from telekenesis to Jewish lobby groups to Zionists, western governments, western media, and western airliners – all of which had apparently united with the sole purpose of stopping the rise of a new Turkish empire.

At the end of 2017, the unrest moved back to the Persian street. The golden rule underpinning the Turkish-Iranian cold peace remained unchanged. Ankara voiced concern over the protests in Iranian cities, and then the foreign ministers of the “brotherly countries” exchanged diplomatic pleasantries over the phone.

Erdoğan stated how deeply Turkey values Iran’s stability and generously praised Iran’s president, Hassan Rouhani. Iranian officials, meanwhile, blamed “enemies” for the protests in the country – though they displayed less ingenuity on this score than their Turkish friends, who blamed esoteric creatures like the “ulterior mind” (a Turkish invention that Ankara officials have yet to define).

Turkey warned those who might wish to interfere in Iranian politics, with Turkish Foreign Minister Mevlüt Çavuşoğlu explicitly accusing Israeli Prime Minister Benjamin Netanyahu and US President Donald Trump of supporting the Iranian protesters. Among the protesters, groups of Azeri-Turkish pan-Turkic youth were spotted making racist signs, prompting Ankara to task ultra-nationalist Turkish politicians with getting the Turkic protesters to “withdraw … from the scenes of protest.” Another brotherly gesture.

As is so often the case in the Turkish-Persian relationship, moments of Muslim-to-Muslim fraternity are misleading. For the Iranian mullahs of various conservative stripes, Turkey remains too western, too treacherous, and too Sunni. And for the neo-Ottomans in Ankara, Iran remains too discreetly hostile, too ambitious, too untrustworthy, and too Shiite. Turkish neo-Ottoman ambitions are simply not wanted in Tehran, Damascus, or the underground office rooms of Beirut.

For many years, Ankara thought it could win hearts and minds in Tehran by emphasizing convergences over divergences. The Turks opposed sanctions on Iran and later helped Iranians evade them. There was also the common enemy – Israel – but as it turns out, even Israel can divide rather than unite Sunni Turkey and Shiite Iran.

When Erdoğan spearheaded the recent international effort to recognize east Jerusalem as the capital of the Palestinian state, Tehran shrugged off the effort, calling it “too little, too late.” According to Iran, the Turks should have gone so far as to recognize the whole of Jerusalem as the Palestinian capital, not just the eastern section. Sunni mullahs in Ankara took this as the Shiite mullahs trying to spoil their game.

In December, Erdoğan reiterated that Syrian President Bashar Assad was a “state terrorist and must go.” Assad is the Tehran mullahs’ staunchest ally in this part of the world. Thinking he will go simply because Erdoğan wants him to is likely to provoke little more than laughter in Tehran (and Moscow).

In a rare moment of clarity, Erdoğan in 2012 put the Turkish-Persian game in a relatively realistic light. “We cannot comfortably work with Iran,” he said. “They highlight a sectarian approach too much. I have repeatedly told prominent Iranians: let’s put aside the Alevi-Sunni [divide]. Before everything, we are Muslims. Let’s view this matter [Syria] like Muslims. When we have bilateral meetings with them, they tell us ‘Let’s resolve this matter together.’ When it comes to taking steps [for a solution], they unfortunately have working methods that are particular to them. This is, of course, very sad.”

The Turks are smart, but not always smart enough. They have finally noticed that the Iranians “highlight a sectarian approach too much.” They have not, however, grasped what the Iranians can clearly see: that the Turks do exactly the same thing. It is childish to think that unconvincing “let’s-sort-this-out-like-Muslims” rhetoric can end a 14-century-long war that has lasted since the days of Quraysh.

Burak Bekdil is an Ankara-based columnist. He regularly writes for the Gatestone Institute and Defense News and is a fellow at the Middle East Forum.