Although the spread of HIV has gone down in much of the world, including in African countries, in Russia the rate of HIV infection is rising every year 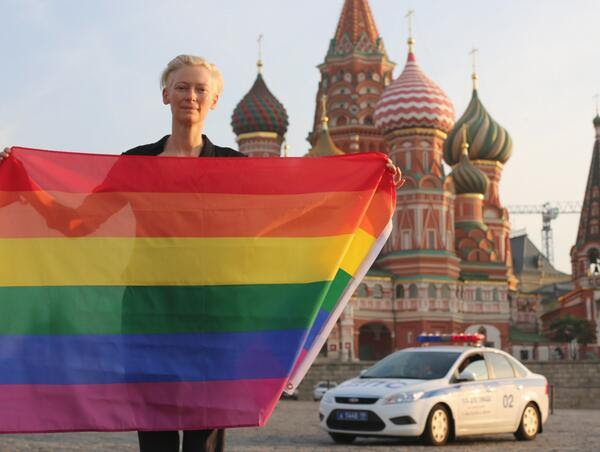 EXECUTIVE SUMMARY: Russia is experiencing an ever-growing number of reported HIV cases since the breakup of the Soviet Union. An estimated 1.5 million HIV cases are accompanied by a general decline in the Russian population that is expected to continue over the next several decades. A diminished population will directly affect Russia’s army, its military capabilities, and its economy, and thus its ability to position itself as a world power.

In 2016-17 Russia’s AIDS epidemic reached a dangerous level, with the threshold of registered HIV-positive people reaching the 1 million mark. The real numbers could be even higher, as many people tend not to divulge this problem. Some unofficial reports claim the true figure could be some 1.5 million, or almost 1% of the Russian population.

Drug use is no longer the main cause of growing HIV rates in Russia. The disease is now increasingly spread via sexual contact. If earlier the majority of HIV patients were lone drug users, these days they include entrepreneurs, workers, housewives, students, and other active members of the population.

Although the spread of HIV has gone down in much of the world, including in African countries, in Russia the rate of HIV infection is rising every year. Since 1987, when these figures were first recorded in the Soviet Union, 204,000 people have died of HIV in Russia. The fall of the Soviet Union in 1991 and the relative openness of borders, particularly through the Central Asian region, made heroin and other injectable drugs easily accessible to Russians. In the late 1990s and onward, through trafficking routes from Afghanistan, infection rates across Russia steadily rose.

There are numerous reasons why the Russian government has not been as successful as the European states or the US at battling this problem.

Central to HIV is the use of opioid substitution therapy (OST), which replaces intravenous drug usage with an opioid-based oral medication. This medication can be methadone or buprenorphine, both of which are prescribed by a physician. It has been shown that through the use of OST, drug addicts can enjoy a more stable life, thereby reducing the transmission of HIV.

Needle exchange programs are another way to decrease HIV transmission. Though they have saved lives in programs around the world, they have been largely neglected in Russia.

The persistence of the problem in Russia is surprising, as almost all of Russia’s neighbors have made significant progress in reducing HIV transmission. For example, China and Iran have both established methadone maintenance programs. Even the countries of the former Soviet space are faring better.

Russia has lagged significantly behind what other countries usually spend on similar problems. For instance, in its most recent move, the Russian government budgeted just $297 million for the treatment of AIDS-infected individuals. Unfortunately, this only allows for the proper treatment of up to 300,000 people, or a maximum one-third of the entire pool. Moreover, there will be no funding increase for this purpose until 2019.

In September 2016, Russian healthcare officials announced they would be replacing foreign HIV medication with drugs produced in Russia. Many think locally produced medical solutions are not of the same quality and will only create more difficulties; others disagree. In either case, the central problem is that treatment is not available to everyone in need. Drugs are not accessible in remote towns. If a person from a Russian province is currently living in Moscow, he or she will be expected to return to their provincial doctor to receive treatment.

The broad reach of HIV is directly linked to the power of the Russian state. More than one million infected people means that almost every 140th Russian has the infection. According to some statistics, these people are in the 18-50 age range, their most capable period in life. Considering the poor healthcare conditions, their prospects are not bright, limiting the country’s workforce.

High numbers of HIV cases and the resulting high mortality rate go hand-in-hand with the general trend in Russia of a gradually decreasing population. Various statistics, including those published by the UN, claim the Russian population is set to decrease by more than 10-15 million people by 2050. The decrease could influence the success with which Russia manages to project its power beyond its borders. The trend of population decrease is widely observable both inside and outside the former Soviet space, with Poland and Germany suffering a similar problem. But while European countries are investing more in technology and are developing telerobotics to uphold their industrial growth, Russia lags.

A less competitive economy and a smaller population would inevitably have an impact on the Russian projection of direct military or economic power in the former Soviet space. Bearing in mind how Russian influence has continued to diminish since the breakup of the Soviet Union, by remote 2050, the process might accelerate dramatically.

It has always been a hallmark of Russian history that its large population served as a bulwark of the strength of the state. World wars and foreign invasions of the heartland were blocked by large armies. The Russian population decrease along with the high and growing HIV percentage will directly influence Russia’s military power and thus its ability to project its influence abroad.