Commentators have eulogized the “War Between Wars,” claiming that it cannot withstand Russian pressure and the growing risk of conflict with a reconstituting Syrian state. They are underestimating Israeli resoluteness. 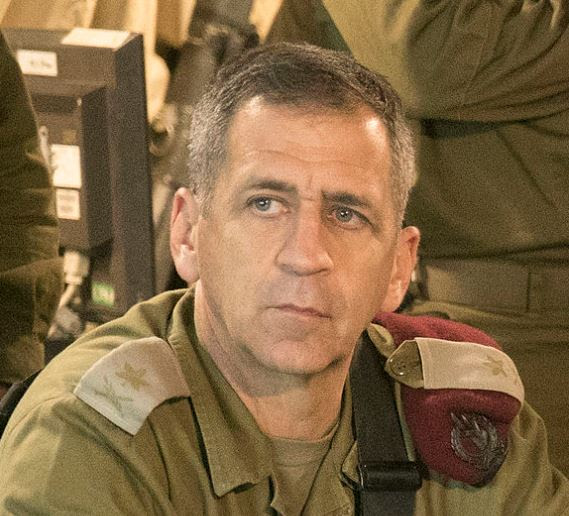 EXECUTIVE SUMMARY: The “War Between Wars” is an ongoing Israeli military and intelligence effort to disrupt the force build-up of the Iranian-Shiite axis throughout the Middle East. This campaign, which has evolved into an entire force activation doctrine, has seen the Israeli defense establishment employ an approach that differentiates between Syria and Lebanon.

Israel’s low-profile military campaign against the Iranian-Shiite axis in Syria is continuing despite changes in the geo-strategic environment. But the use of Israeli air power to disrupt enemy force build-up has yet to cross into Lebanon. It is possible that this could represent one of the most significant regional escalation scenarios in the near future.

The “War Between Wars” is an ongoing Israeli military and intelligence effort to disrupt the force build-up of the Iranian-Shiite axis throughout the Middle East. This campaign, which has evolved into an entire force activation doctrine, has seen the Israeli defense establishment employ an approach that differentiates between Syria and Lebanon.

In Syria, Israel launches frequent intelligence-fueled air strikes that target Iranian military build-up sites. The strikes also destroy Iranian weapon transfers that use Syria as a transit zone on their way to Hezbollah bases in Lebanon.

The scope of Israel’s preventative air strike campaign in Syria is enormous, as recently outlined by former IDF Chief of Staff Lt.-Gen. Gadi Eisenkot. Eisenkot  told the New York Times that Israeli jets had fired 2,000 air-to-ground munitions at targets in Syria in 2018 alone.

This has clearly disrupted Iran’s plans to build a Shiite army in Syria under its command, made up of 100,000 militia members. Iran was also planning to build missile factories, launch sites, weapons storage facilities, and a network of cross-border attack positions along Syria’s border with Israel.

The January 12, 2019 Israeli air strike on Damascus international airport, apparently targeting a depot housing Iranian-made Fajr 5 rockets and other projectiles, is the latest indication of Jerusalem’s determination to enforce its red lines in Syria against the entrenchment of a radical Shiite axis.

Commentators have eulogized the “War Between Wars,” claiming that it cannot withstand Russian pressure and the growing risk of conflict with a reconstituting Syrian state. They are underestimating Israeli resoluteness.

Israel’s military high command and cabinet are both fully committed to the objective of denying Iran a military foothold in Syria. According to the logic of that objective, the long-term cost of allowing Iran the opportunity to build a second war front on Israel’s border, alongside the Iranian attack base already in place in Lebanon, would be higher than any fallout from “War Between Wars” strikes.

In Lebanon, however, Israel employs a very different approach. Hezbollah, Iran’s primary proxy in the region, enjoys a monopoly of military and political power in Lebanon, with the help of the Iranian Quds Force. The Hezbollah-Iran axis has imported some 130,000 projectiles into Lebanon, turning the country into one big rocket launching base aimed at Israel. This represents an exponential jump compared to the 10,000 rockets that were in Hezbollah’s arsenal on the eve of the Second Lebanon War in 2006.

Most of the projectiles in Hezbollah’s inventory are unguided, and Iran has made a new push in recent months to deliver guidance systems to the group. These would enable Hezbollah to convert some of its projectiles into precision-guided missiles, which could be used to strategically threaten vital Israeli targets like airports, seaports, power plants, military bases, and high-profile buildings.

Israel’s determination to stop Hezbollah from upgrading its firepower in this way found expression on September 17, when Israeli fighter jets struck an Iranian shipment of guidance kit components near Latakia, on the Syrian coastline. That strike triggered massive Syrian anti-aircraft fire, bringing down a Russian intelligence aircraft and killing 15 crew members. The incident sparked a major Russian-Israeli crisis that has yet to be resolved.

At the end of September last year, PM Netanyahu and the IDF Spokesman’s Unit exposed the existence of multiple underground sites for the conversion of unguided rockets into precision missiles. One of the sites was adjacent to the airport.

“Hezbollah’s senior members took a deliberate decision to shift the center of gravity of the precision missile project, which they have been working on for a while, to the civilian area in the heart of Beirut,” the IDF stated on September 27.

Three months after these warnings, Netanyahu said at the end of December 2018 that Hezbollah had shut down these conversion centers, adding that the organization has, “at most, a few dozen precision-guided missiles” at this time.

Netanyahu said that Israel’s security forces have stopped Hezbollah from possessing thousands of such missiles. These developments illustrate the fact that unlike in Syria, Israel is deeply reluctant to employ air power in Lebanon to enforce its red lines, and prefers to rely on messaging and deterrence through speeches and the media as well as through potential alleged activities that are more discreet than air power.

Following the incident, Nasrallah said in an interview that Israeli attacks in or near Lebanon would draw rapid retaliation, hinting that this was not the case regarding strikes in Syria.

This quiet understanding would become irrelevant if Lebanon becomes the site of precision missile conversion operations. Israel’s multiple warnings to Nasrallah and his Iranian backers have delivered that message.

Hezbollah, for its part, felt the need to replenish its own deterrence against Israel by releasing a video at the start of December with Google Earth satellite images and coordinates of sensitive targets across Israel, threatening strikes against them. The video included a snippet from a speech by Nasrallah in which he warned that his organization “will respond” if Israel hits targets in Lebanon.

The ability of Israel and Hezbollah to apparently defuse the “Lebanese [precision] missile crisis” of 2018 without going to war is no guarantee that they will repeat such a de-escalation this year.

It seems safe to assume that the newly appointed IDF Chief of Staff, Lt.-Gen. Aviv Kochavi, who has monitored Hezbollah’s force build-up both as Northern Command chief and as Military Intelligence commander, will remain busy with this issue during his term.

For now, Israel has been able to enforce its red lines on precision missile production in Lebanon through the use of deterrence and messaging. It remains unclear whether those same tactics will be effective the next time the Iranian axis tries to set up precision missile factories on Lebanese soil.


Yaakov Lappin is a Research Associate at the Begin-Sadat Center for Strategic Studies. He specializes in Israel’s defense establishment, military affairs, and the Middle Eastern strategic environment.