Recent efforts by StandWithUs and the Brandeis Center to prosecute event disruptors seem to have had a deterrent effect on BDS activity on California campuses – at least for the time being. 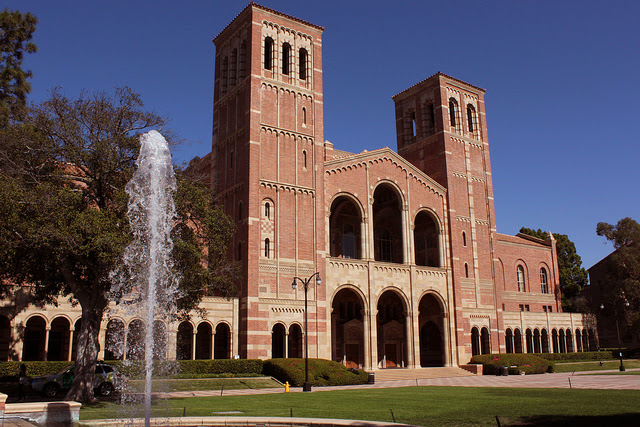 EXECUTIVE SUMMARY: The University of California system has gone out of its way to protect BDS activists by shielding them from prosecution. However, recent efforts by StandWithUs and the Brandeis Center to prosecute event disruptors seem to have had a deterrent effect on BDS activity on California campuses – at least for the time being.

Organized disruptors – both students and non-students – who shut down a pro-Israel gathering at University of California Los Angeles in May 2018 might not be prosecuted, according to information from LA City Attorney Mike Feuer’s office. Instead, they will be called to a confidential but mandatory proceeding called a “City Attorney Hearing,” an alternative to prosecution that can be described as a “warning” not to repeat the conduct. One legal expert compared it to a “deferred prosecution,” but stressed that a full trial could still result.

Victims generally do not appear at such a hearing, the City Attorney’s office explained, and generally no criminal record attaches to the accused. Still, the prosecutor retains the right to issue charges later if he feels the illegal conduct has recurred or may recur.

Los Angeles conducts hundreds of such closed-door hearings each year to dispose of minor misdemeanors arising from, for example, neighbor disputes, domestic disharmony, or curfew violations.

With or without actual prosecution, the two incidents and the Jewish community’s response have potentially changed the landscape for belligerent disruption of pro-Israel events on California campuses, which last year were arguably among the most pernicious in the nation. Those involved in the two California events – the affected students and the Jewish communal groups who rose up to invoke prosecutions – expressed a range of reactions on whether justice has been either minimally obtained or seriously delayed.

StandWithUs and Brandeis Center for Human Rights pivotally intervened to jump-start the criminal referral process on both UC campuses. Roz Rothstein, StandWithUs CEO, commented, “It shows good progress that the [Los Angeles] authorities are holding the disruptors accountable for attempting to remove the freedom of speech from those they disagree with.” Alyza Lewin, president of the Louis D. Brandeis Center for Human Rights Under Law, added, “We are gratified by this development. At long last, the universities are holding responsible the perpetrators of these egregious event disruptions. We trust this will deter similar behavior in the future and demonstrate that universities must take such criminal conduct seriously.”

A spokesperson for Canary Mission, the anonymous online watchdog that closely monitored both cases, commented, “This is not a strong enough response.” Justin Feldman, president of Students Supporting Israel, himself victimized by the harassment, agreed, stating, “As one of the proponents of the effort to hold disruptors accountable at UCLA, I am deeply disappointed that such accused students will merely face a ‘slap on the wrist’ for their deliberate misconduct in silencing student voices on campus.”

Outrage first erupted after two separate but particularly belligerent disruptions of pro-Israel UC student events took place in May 2018. On May 7, College Republicans at UCI, hosting Israeli reservists, saw their session shattered by a sudden invasion of bullhorn-wielding BDS advocates chanting anti-Israel slogans. A few days later, on May 17, Students Supporting Israel at UCLA sponsored an outreach panel discussion with indigenous students only to have it violently shut down by nose-to-nose BDS harassment. Both dramatic disruptions were captured on viral video.

For Jewish students and legal defense groups, these two egregious incidents were the tipping point of campus harassment at UC schools. The consensus among Jewish leadership and students was that the school administrations had consciously created a permissive anti-Israel atmosphere so toxic that it virtually encouraged increasingly severe forms of anti-Israel harassment. At UCI, the video shows bull-horn disruption going for several minutes as police and university administrators watched.

Title 11, Sec. 403 concerns event disruption. “Every person who … willfully disturbs or breaks up any assembly or meeting … is guilty of a misdemeanor.” This was the very statute used to successfully prosecute and convict the “Irvine 11.” Title 11, Sec. 415 involves disturbing the peace. The statute calls for jail time for “any person who maliciously and willfully disturbs another person by loud and unreasonable noise.” Title 11, Sec. 182, a conspiracy statute, can be invoked when “two or more persons conspire to commit any crime.”

Initially, both UCLA and UCI administrations declined to refer the incidents to the police for investigation and prosecution. This reinforced the belief that the permissive environment on campus actually promoted harassment as a bizarre species of free speech. Moreover, the legal system itself permits the universities to exercise broad discretion, allowing them to simply look the other way. California’s unusual state laws juridically enable the universities to potentially create a double standard and promote unequal justice. The UC administration can decide who shall be referred to its own police force and who shall be given a pass, or subjected to so-called “academic discipline.” No referral to the police means no referral to prosecutors.

Section 830.2 of the California Penal Code states: “A member of the University of California Police Department, appointed pursuant to Section 92600 of the Education Code, is a peace officer whose authority extends to any place in the state … specified in Section 92600 of the Education Code.” The law also vests campus officers with “concurrent jurisdiction with local law enforcement agencies.”

Within legal limits, UC police departments function like a private force, answerable to the campus administration, which, in turn, often pivots on the dictates of the college’s public affairs managers. If a university wants to downplay an incident, it can exercise discretion and instruct the police forces to overlook a disruption. If the police departments do not investigate and refer a case to prosecutors, no criminal action will be taken by prosecutors.

Observers believe a built-in conflict of interest and a system of unequal justice can emerge when publicity-shy media relations managers can give campus police their marching orders.

One Jewish organization president called it “shameful,” adding, “UCLA is not acting ‘neutrally’ when it shields students from prosecution.”

Indeed, at UCLA, the campus administration officials were extremely sensitive to the adverse publicity attending the video of SSI students being harassed. Campus police referred all inquiries to UCLA Media Relations. When this writer first contacted Tad Tamberg, senior executive director of media relations at UCLA, Tamberg referred to a Letter to the Editor in the campus newspaper and declined to discuss the matter further or answer any questions. At one point, when this writer said, “May I ask a question?” Tamberg snapped back, “No, you may not.”

UCLA campus police, eager to address the offense, repeatedly and apologetically declined to answer any questions, stating they were under specific instructions from Media Relations to refuse to answer. This included even UCPD media spokesmen. Ironically, the UCLA police manual mandates in section 505, entitled “NEWS MEDIA,” that “In accordance with department policy, employees shall make every effort to cooperate and assist members of the news media, using care to ensure that any release of information is not detrimental to the conduct of police operations.”

UCI had a very different response. Its media manager facilitated exploration of the criminal aspect of the incident and quickly assured its police department would investigate and refer the matter to prosecutors. The UCI investigation is still underway.

UCLA’s refusal to refer its students for prosecution or even investigate the crime was thwarted when legal staff at StandWithUs and the Brandeis Center converged on the campus to walk students into the UCLA PD and UCI police stations to file criminal complaints. Filing those complaints forced the police to investigate and then refer the cases to prosecutors. Ultimately, that included both student and non-student participants.

Whether or not the perpetrators at UCLA or UCI are prosecuted, it seems the reality on the ground at UC campuses has been altered. In the days after Thanksgiving 2018, this writer delivered four consecutive lectures on Israel history at California campuses: UC Davis, UC Berkeley, San Francisco State, and UCLA. Despite concerns, no interference or disruption manifested.

The UCLA event was sponsored by a coalition of groups including the same Students Supporting Israel chapter that had been harassed last May. Rabbi Abraham Cooper, associate dean of the Simon Wiesenthal Center, attended to kick off the livestreamed event. At UCLA, it was a new day. When campus police learned of the event, they took immediate steps to ensure it would proceed without interference. Two UCLA PD officers were dispatched to the event itself, both highly trained and deeply conversant with the pro-Israel and Jewish communal scene. A representative of the administration joined the officers. The police and administration declared that, in the event of a disruption, perpetrators would be given one warning to immediately cease and desist; and if they did not, “they will be arrested and charged.” This, coupled with the LA Prosecutor’s watchful eye, combined to insulate the event from criminal disruption.

Thus, thanks to leadership from StandWithUs and the Brandeis Center and the courage of the students who stepped forward, combined with intense media scrutiny, the rate of acceleration of anti-Semitism on campus and especially at UC colleges has been slowed – at least for the moment.

This is an edited version of an article that appeared in Algemeiner on January 17, 2019.

Edwin Black is the New York Times bestselling author of IBM and the Holocaust and Financing the Flames. He can be followed @Edwinblackbook. Anyone with information regarding disruptions at any UC campus may send it confidentially to ucla-uci-info@edwinblack.com.