The Jews came as "invaders 70 years ago," no evidence of Jews before then - Nan Jacques Zilberdik and Itamar Marcus

Palestinian Authority policy is to routinely deny the entire Jewish history in the Land of Israel. Jews were never here, the PA says, until they came and “occupied” Palestine in 1948. Palestinian Media Watch has documented that the PA habitually refutes the authenticity of the numerous archeological artifacts and non-Biblical sources that testify to the Jewish presence and nationhood thousands of years ago. The following are three recent examples of this Palestinian denial of Jewish presence and history, showing that the PA’s political message passed on by Palestinian leaders for decades has been successfully adopted and is being repeated even by Palestinian academics.

Riyad Al-Aileh, a Palestinian political science lecturer from Al-Azhar University, stated that Jews only came as ”invaders 70 years ago”: 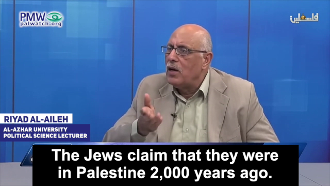 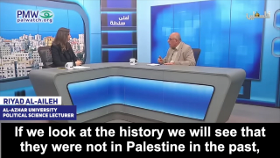 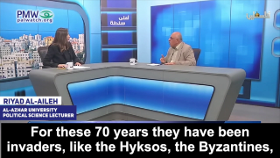 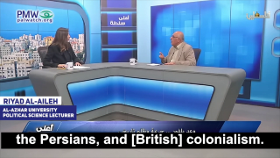 "The Jews claim that they were in Palestine 2,000 years ago. If we look at the history we will see that they were not in Palestine in the past, but rather only as invaders less than 70 years ago. For these 70 years they have been invaders, like the Hyksos, the Byzantines, the Persians, and [British] colonialism. The Canaanite Palestinian people has since succeeded in defeating those invaders and continue [to live] in this land."

Echoing this claim, Abir Zayyad, an archaeologist and member of Fatah’s Jerusalem branch, wrongly asserted that “no archaeological evidence” of Jews in Palestine has been found: 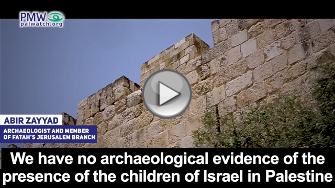 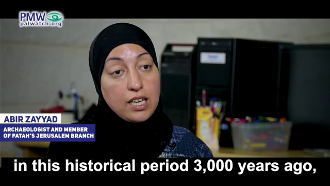 “We have no archaeological evidence of the presence of the children of Israel in Palestine in this historical period 3,000 years ago, neither in Jerusalem, nor in all of Palestine.”

Palestinian author Haidar Massad also reiterated the PA’s lie that “the children of Israel were never in Palestine”: 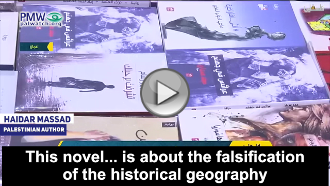 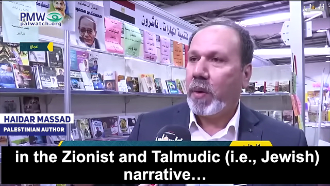 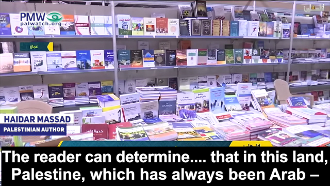 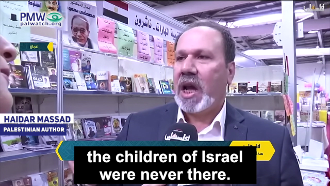 “I wrote a novel called The Palace that was published in 2019. This novel… is about the falsification of the historical geography in the Zionist and Talmudic (i.e., Jewish) narrative… The reader can establish… that in this land, Palestine, which has always been Arab – the children of Israel were never there.”

PA officials continue to repeat these false claims to Palestinians. Recently, PMW documented that the PA Minister of Culture taught Palestinians that “there is nothing in history that proves this presence. They have not found one stone.”