IDF confirms deaths of Al Aqsa Defenders, PRC terrorists, at least one of whom was in final stages of suicide attack preparations; raid coordinated with Shin Bet; Hamas confirms "assassination." 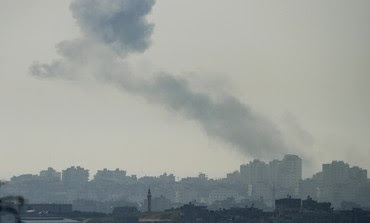 The Israel Air Force struck a Palestinian terror cell in the southern Gaza Strip on Wednesday night, killing three Palestinians, according to medics in Gaza. The aircraft registered direct hits on their targets. The raid was initiated with the coordination of Israel's Shin Bet (Israel Security Agency.)

One of the Palestinians killed in the attack was Anis Mamoud Abu al Enin from Rafah, a member of the "Al-Aqsa Defenders," which the IDF says is sponsored by Hamas. According to the IDF, Enin planned to carry out a suicide attack in Israel, and was in the final stages of preparation. He had also previously been involved in other terrorist activity, including weapons and explosives smuggling via the Israel-Egypt border, as well as "directing certain terror activity" in the West Bank, according to the IDF.

Ashraf Mahmoud Salah was also confirmed killed by the IDF. Born in 1979 in Rafah, Salah was a member of the Popular Resistance Committees and had admitted in the past to involvement in aiding two terrorists to reach Egypt in order to carry out suicide attacks in Israel, as well as involvement in weapons trafficking.

Hamas and Palestinian hospital officials confirmed the attack, saying a raid after darkness fell in the town of Rafah on Gaza's border with Egypt, killing three officials responsible for overseeing tunnels used to import goods from Egypt.

In a statement, Hamas said "Israel has assassinated three of our officers as they were doing their duty in protecting the security of our people."

Reuters contributed to this report