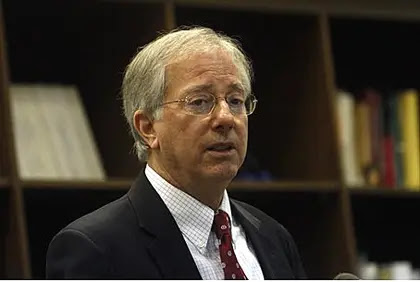 The European Union (EU) and others in the international community need to stop enabling the Palestinian Arabs to make demands without making concessions, Dennis Ross, US peace talks mediator from 1993 to 2001, stated in an Op/Ed in the New York Times Sunday.

Ross, who resigned from his post as Middle East adviser in 2011, relates that he met with a European official recently who praised the Palestinian Authority (PA)'s unilateral moves against Israel in international agencies and organizations, specifically the draft resolution PA Chairman Mahmoud Abbas submitted to the United Nations (UN) Security Council last week.

But Ross countered that a true Palestinian state depends, in his words, on the global community "giving Palestinians a pass" - and noted that the PA has rejected three separate peace deals, in 2000, in 2008, and in 2014.

"Palestinian political culture is rooted in a narrative of injustice; its anticolonialist [sic] bent and its deep sense of grievance treats concessions to Israel as illegitimate," Ross explained. "Compromise is portrayed as betrayal, and negotiations - which are by definition about mutual concessions - will inevitably force any Palestinian leader to challenge his people by making a politically costly decision."

"But going to the United Nations does no such thing," he argued. "It puts pressure on Israel and requires nothing of the Palestinians. Resolutions are typically about what Israel must do and what Palestinians should get."

"If saying yes is costly and doing nothing isn’t, why should we expect the Palestinians to change course?"

Ross urged European leaders to "raise the cost of saying 'no' or doing nothing at all" for the PA in future negotiations - and, at the very least, to offer a "balanced" proposal for a peace deal which included land swaps, but also allowing "security arrangements that leave Israel able to defend itself by itself" and a resolution concretizing Israel's own character as a Jewish state.

Ross added that he believes that the PA would nonetheless reject such a proposal, and demanded that it bear consequences in terms of international support after so many failed attempts to bring peace.