UN Resolution 242 is recognized as the key UN resolution relating to the Israeli-Arab conflict which could alter how many reveal the issues in dispute especially as regards to borders. 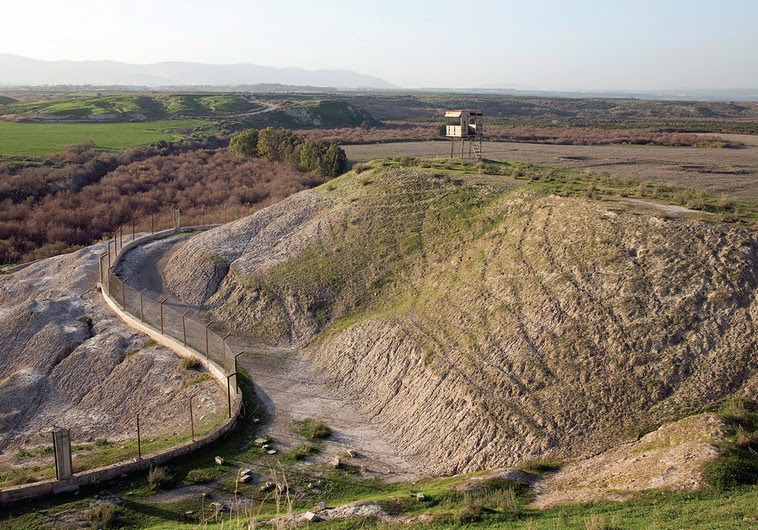 As the UN Security Council and International Criminal Court return to focusing on Israel, an about-to-be-published study reveals new sides to Council Resolution 242, recognized as the key resolution relating to the Israeli-Arab conflict, that could alter perceptions of issues in dispute, especially regarding borders.

According to an article by Prof. Eugene Kontorovich of Northwestern University, to be published soon in the Chicago Journal of International Law, a new side has emerged in the unending debate over the meaning of UNSC Resolution 242, which establishes principles for setting Israeli borders and withdrawal from territories conquered in 1967.

Kontorovich’s study compares Resolution 242 to all 18 other Security Council resolutions dealing with territorial withdrawals and finds that the resolution was unique in its ambiguity as to how much territory Israel needs to withdraw from, with other resolutions being explicit about a full withdrawal.

In the article, Kontorovich writes that there has always been a debate as to whether the phrase in UN Resolution 242 “withdrawal from territories” obligates Israel to withdraw from the entire West Bank and Golan Heights, or merely some portion of them as agreed upon in negotiations.

In contrast, Kontorovich writes that 242’s intentional dropping of “the” and not setting a set date or geographic marker shows that the UN intentionally left the issue vague – which he argues could be a decisive proof for the pro-Israel reading of the resolution that Israel only has to withdraw from some territories, as agreed in negotiations.

Next, the article cites 13 additional territorial withdrawal resolutions, including a 2012 resolution ordering Sudan and South Sudan to withdraw to their borders, where the word “the” appears five times, signifying an obligation of a complete withdrawal, while the other 12 resolutions also appear to signal a full withdrawal.

Former UN ambassador and Jerusalem Center of Public Affairs director Dore Gold responded to the article, saying, “Unfortunately there are voices that believe the whole discussion of the absence of the definite article ‘the’ in 242 is being picky. What they don’t understand is that the language of the resolution was drafted at the highest levels of US government at the time.”

He continued, “In fact, [then Soviet] prime minister Kosygin was demanding language for withdrawal from ‘all the territories’ be inserted, and it had even been inserted in an earlier draft.

But it was no less than LBJ [president Lyndon Johnson] who held firm and insisted that the language be “withdrawal from territories” without the word “the” to limit the withdrawal obligation.

Gold added, “Kontorovich has come onto something extremely important which reinforces the Israeli traditional interpretation of 242, which was also the consensus of the UN Security Council in November 1967.”

He claimed that this interpretation of the resolution also supports Israel’s arguments that the 1967 war was fought in self-defense.

In contrast, human rights lawyer Michael Sfard said that the debate about whether Resolution 242 obligates Israel to withdraw from all of the territories conquered in 1967 or only some of them has become less important.

He said Resolution 242 came down “before the PLO was recognized as the representative of the Palestinian people, before Jordan waived its rights to the West Bank in favor of the “State of Palestine,” before the Oslo Accords, and before Palestine was recognized as a state by the UN General Assembly.”

Sfard added, “All of the above impact the legal situation from an international law perspective, along with the timeless and paramount principle that states cannot acquire sovereignty to new territory by conquest and new borders require agreement between the relevant parties.”