Gazans are either silent about or openly supportive of the trading of corpses of Israeli soldiers in return for Hamas terrorists, a practice expressly forbidden by Islamic law. 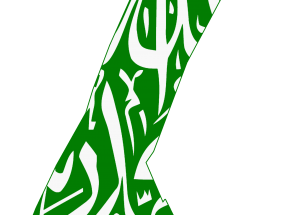 EXECUTIVE SUMMARY: The claim that Gaza’s inhabitants are hapless victims of Hamas is highly questionable. Gazans are either silent about or openly supportive of the trading of corpses of Israeli soldiers in return for Hamas terrorists, a practice expressly forbidden by Islamic law. They accept with equanimity and even satisfaction the Hamas practice of releasing videos of Israeli soldiers for the express purpose of psychologically torturing their families and thereby extracting greater concessions from Israel. Gazans may well be unhappy with Hamas for bringing on electricity cuts, but they are hardly mere victims. Their support for Hamas indicates that they share responsibility for its practices.

Time and again, Israeli officials and politicians have claimed that Israel has no dispute with Gaza’s residents but only with the Hamas movement, which controls the area in which they live. Many further assert that Israel must act to improve Gazans’ economic welfare, even if this means (as it undoubtedly does) that Hamas will increase its revenue through taxation of the incoming goods. That revenue is used for terrorist training, armaments, missiles, the digging of tunnels into Israel, and cultural programs geared at killing and maiming Israelis – in short, measures that cost Israeli lives.

The claim that Gaza’s inhabitants are hapless victims of Hamas simply has no moral basis. Why, one must ask, did Gaza’s inhabitants demonstrate against Hamas for bringing on cuts in the electricity supply, but keep silent about, or even openly support, the trading of Israeli soldiers’ corpses for Hamas terrorists? Why do they accept the videos Hamas releases to psychologically torture the families of those soldiers in the hope of extracting a higher number of terrorists from Israel? Why are they silent in the face of the nearly three-year incarceration of Abera Mengistu, a young Israeli with a long history of mental illness and psychiatric hospitalization who voluntarily entered Gaza?

Few in Gaza can claim never to have seen the videos Hamas released of Israeli soldiers Hadar Goldin and Oron Shaul (the latter of which was particularly cruel, as the evidence of Shaul’s death is less conclusive). These videos were aired on all the Hamas and Islamic Jihad outlets such as al-Aqsa, the Hamas television outlet al-Resala.net, and in the more general popular media, such as al-Quds. They were viewed by tens of thousands if not hundreds of thousands.

The silence of most of Gaza in the face of this meticulously planned campaign of psychological torture, and the open support for it evinced across Gaza’s social media outlets, is especially reprehensible in light of Islamic law, which specifically prohibits such acts.

Islamic law, forged in an environment of war as the Arab Muslim Empire rapidly expanded, has a rich legal tradition on these matters. The rulings are explicit. Islamic law prohibits the taking of innocent prisoners, and the trading of corpses for prisoners or for a ransom is specifically forbidden.

So is incarceration of the insane. Mengistu has been hospitalized on numerous occasions and was exempted from service in the Israeli army on psychological grounds. The only fight he has ever faced for most of his short life has been the incessant pain of his delusions.

Hamas, whose leadership consists of physicians, must have realized within five minutes of Mengistu’s arrest that they were hardly dealing with an Israeli undercover agent. The very act of swimming into Gaza was itself proof of his mental state.

Especially reprehensible is the silence of Palestinian human rights movements, which are amply funded by the EU. Human rights presumably apply to all humans. Why do they not inveigh against this barbarism?

And where are the voices of Islamic clergy, Palestinian religious officials in the PA, the Gaza-based Association of Palestinian Islamic Scholars (Rabitat Ulama Filastin), the Islamic men of religious letters, the qadis (religious judges)? Where are their counterparts within the State of Israel?

Why, then, are they silent over the persistent, flagrant violation of Islamic law by an organization, Hamas, that considers itself a movement of wasatiyya – the middle-of-the-road Islamic path that presumably opposes the radical jihadism propounded by ISIS and al-Qaida? If Hamas is so different from ISIS, why is it so similar in deed to that organization? Why don’t men of Islamic religious letters point this out and condemn their deeds?

Israeli officials and politicians should not be left off the hook either. Israel has media outlets in Arabic, but they do not address Hamas’s moral barbarity. They must address the culpability of Gaza’s inhabitants and convey a clear message.

Gazans can expect Israeli empathy only if they take a stand against the barbarism of trading in corpses or incarcerating the mentally unbalanced in order to release terrorists.

Israel is obviously the weaker side in the face of such tactics. No matter how monstrously Hamas behaves, Gazans know Israeli hospitals will accept, often at their own expense, those of their number in need of medical care that cannot be provided in Gaza. These have included the daughter, mother-in-law, and granddaughter of Hamas leader Ismail Haniya and the sister of Hamas senior official Musa Abu Marzouk, who were treated even as Hamas was raining missiles down on Israel.

If Israel is to take considerable risk to move on such measures as opening a port in mid-sea, Gazans will need to demonstrate their commitment to basic human values that comport with their Islamic convictions. Condemning Hamas for torturing the families of dead soldiers and imprisoning two Israeli civilians, one of whom is mentally ill, would be a good beginning.