The utility of Israel’s nuclear strategy will ultimately depend on accurate assessments of enemy rationality. 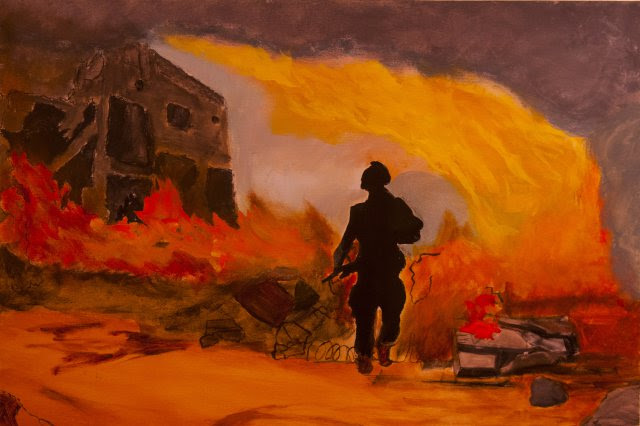 EXECUTIVE SUMMARY: The utility of Israel’s nuclear strategy will ultimately depend on accurate assessments of enemy rationality. In this connection, the military planners in Tel Aviv must determine if an adversarial leadership is predictably rational, irrational, or “mad,” and whether a calculated posture of “pretended irrationality” could sometimes benefit Israel.


“Men as a rule wittingly believe what they want to believe.”
— Julius Caesar, The Gallic War

In fashioning their country’s still-ambiguous nuclear strategy, Israel’s military planners must include a proper mechanism to determine the extent of an adversary’s rationality or irrationality. Operationally, this means ascertaining whether the foe is likely to value its collective survival (either as a state or as an organized terror group) more highly than any other preference or combination of preferences. This judgment must be based upon sound analytic principles, and must never be affected in any way by what analysts merely “want to believe.”

A corollary obligation, depending in large part upon this significant prior judgment concerning expected enemy rationality, is for planners to assess whether a properly nuanced and residual strategy of “pretended irrationality” could enhance Israel’s nuclear deterrence posture.

Israel’s enemies include state and sub-state foes that operate both singly and in collaboration. Such foes could conceivably be “hybridized” between state and sub-state adversaries. Moreover, in their dealings with Israel, each class of enemy could choose on occasion to feign irrationality – a strategy by which to get a jump on Israel in any expected or already ongoing competition for “escalation dominance.”

Any such calculated pretense could fail, perhaps even calamitously.

There is another possibility. The same enemies could decide, either consciously or unwittingly, to be genuinely irrational.  In such perplexing circumstances, it would be incumbent upon Israeli planners to capably assess which form of irrationality – pretended or real – is actually on display.

By definition, genuine enemy irrationality would mean valuing certain preferences (e.g., Islamic religious obligations, or personal and/or regime safety) more highly than collective survival. For Israel, the grievously threatening prospect of a genuinely irrational nuclear adversary is still most reasonably worrisome with regard to Iran. There is little reason to believe the July 2015 Iran nuclear agreement will have an inhibiting effect on Tehran’s ongoing nuclearization.

How should Israel proceed? In narrowly military terms, the best option could still be preemption; that is, a defensive first strike against appropriate Iranian hard targets. Yet it is already very late to launch any operationally cost-effective preemption against Tehran. Even if it could be persuasively defended in law as “anticipatory self-defense,” such action could come at much too high a human and political cost.

In essence, this implies a now primary obligation for Israel’s military planners. Israel must focus on steadily enhancing its own nuclear deterrence posture. Jerusalem should continue to bear in mind this posture’s core focus on prevention rather than punishment. By definition, using nuclear forces for vengeance rather than deterrence would entirely miss the point. Arguably, in fact, any such Israeli use – even as a residually default option – would be not only purposeless, but manifestly irrational.

Israel’s nuclear deterrent must always be backed up by robust systems of ballistic missile defense (BMD), especially if there is reason to fear an irrational nuclear adversary. Although no system of active defense can ever be foolproof, there is ample reason to suppose that BMD deployments could help safeguard both Israeli civilian populations (soft targets) and Israeli nuclear retaliatory forces (hard targets). This means, inter alia, that Arrow and certain corollary systems (e.g., Iron Dome and David’s Sling) will indefinitely remain a necessary complement to the Jewish State’s offensive nuclear deterrence posture.

“Everything is very simple in war,” says Clausewitz in On War, “but the simplest thing is still difficult.” To progress in their vital national security obligations, Israel’s military planners must identify and prioritize the goals of the Jewish State’s nuclear deterrence posture. Before a rational adversary can be deterred by an Israeli nuclear deterrent, that enemy would first need to believe Israel has maintained both the capacity to launch nuclear reprisals for certain forms of aggression (nuclear, and perhaps non-nuclear) and the will to undertake any such launch.

In the more bewildering matter of an irrational nuclear enemy, Israeli deterrence would need to be based upon credible threats to certain enemy values other than national survival.

Israel would also need to demonstrate, among other things, the sufficient invulnerability of its own nuclear retaliatory forces to an enemy first strike. More precisely, it would be in Israel’s long-term survival interests to continue to commit to particular submarine-based nuclear options. Otherwise, Israel’s land-based strategic nuclear forces could sometime present an inviting target to an existential enemy.

Whether or not Israel should proceed to more explicit submarine-basing of its presumed nuclear retaliatory forces, Jerusalem could benefit from a controlled and incrementally phased end to its strategy of “deliberate nuclear ambiguity.” Going forward, the “bomb in the basement” strategy could promote enemy doubts about Israel’s nuclear deterrent, as well as troubling questions about Israel’s willingness and capacity to make good on its still only implicit nuclear retaliatory threats.

Looking ahead, Israel will have to rely more and more on a multifaceted doctrine of nuclear deterrence. In turn, specific elements of this “simple but difficult” doctrine could soon need to be rendered less “ambiguous.” This complex and nuanced modification would imply an even more determined focus on prospectively rational and irrational enemies, including, again, both national and sub-national foes.

To deal successfully with irrational enemies, Israel will need to compose a more-or-less original strategic “playbook.” It might even be necessary for Israel to consider, at least on occasion, feigning irrationality itself. In such cases, however, it will be important for Jerusalem not to react in any narrowly ad hoc or “seat-of-the-pants” fashion to every new strategic challenge, but rather to derive or extrapolate specific policy reactions from a carefully pre-fashioned strategic nuclear doctrine.

Without such a thoughtful doctrine as a guide, pretended irrationality could become a double-edged sword that brings more rather than less survival risk to Israel.

Years ago, when he was Minister of Defense, Moshe Dayan argued that “Israel must be seen as a mad dog, too dangerous to bother.” Dayan had seized upon an instructive metaphor. Clausewitz, who had much earlier favored “audacity” in war, would have likely agreed.

There remains one other possibility. It is improbable, but not inconceivable, that certain of Israel’s principal enemies will be neither rational nor irrational but mad.

While irrational decision-makers already pose special problems for Israeli nuclear deterrence because they do not value collective survival more highly than any other preference or combination of preferences, they might still be susceptible to alternate forms of deterrence. For example, as with rational decision-makers, they could still maintain a fixed, determinable, and “transitive” hierarchy of preferences. This means, at least in principle, that irrational enemies could still be successfully deterred.

Mad or “crazy” adversaries, on the other hand, would have no such calculable hierarchy of preferences, and would therefore not be subject to any ordinary strategy of Israeli nuclear deterrence. Although it would likely be worse for Israel to have to face a mad nuclear enemy than a “merely” irrational one, Jerusalem would have no foreseeable choice in this matter. This means that Israel, like it or not, will need to maintain, perhaps indefinitely, a “three track” system of nuclear deterrence and defense: one track each for its identifiable adversaries that are presumed (1) rational; (2) irrational;  or (3) mad.

For the plainly unpredictable third track, special plans will be needed for undertaking presumptively indispensable preemptions and, simultaneously, for corresponding efforts at ballistic missile defense.

One final observation. Even if Israel’s military planners could reassuringly assume that enemy leaderships were fully rational, this would say nothing about the accuracy of the information used by those foes in making their calculations. It must not be forgotten that rationality refers only to the intention of maximizing certain designated preferences or values. It says nothing at all about whether the information being used is correct or incorrect.

Fully rational enemy leaderships could still commit serious errors in calculation that would sometime lead them to a nuclear confrontation or a nuclear war. Additionally, there are certain related command and control issues that could impel a perfectly rational adversary or combination of adversaries toward embarking upon very risky nuclear behaviors.

In all cases, to best maximize the country’s necessary nuclear strategy, Israeli planning judgments about enemy rationality, irrationality, and madness must be based upon scrupulously dispassionate assessments of what is being examined. Under no circumstances should these starkly complex judgments be affected by any contrived investigator hopes for analytic simplification, or for an enemy that will dutifully comply with all textbook “rules” of rational decision-making. Under absolutely no circumstances, it follows, should they willingly or unwillingly “believe what they want to believe.”