The Palestinian silent majority is tired of sacrificing their sons on behalf of these warring factions. 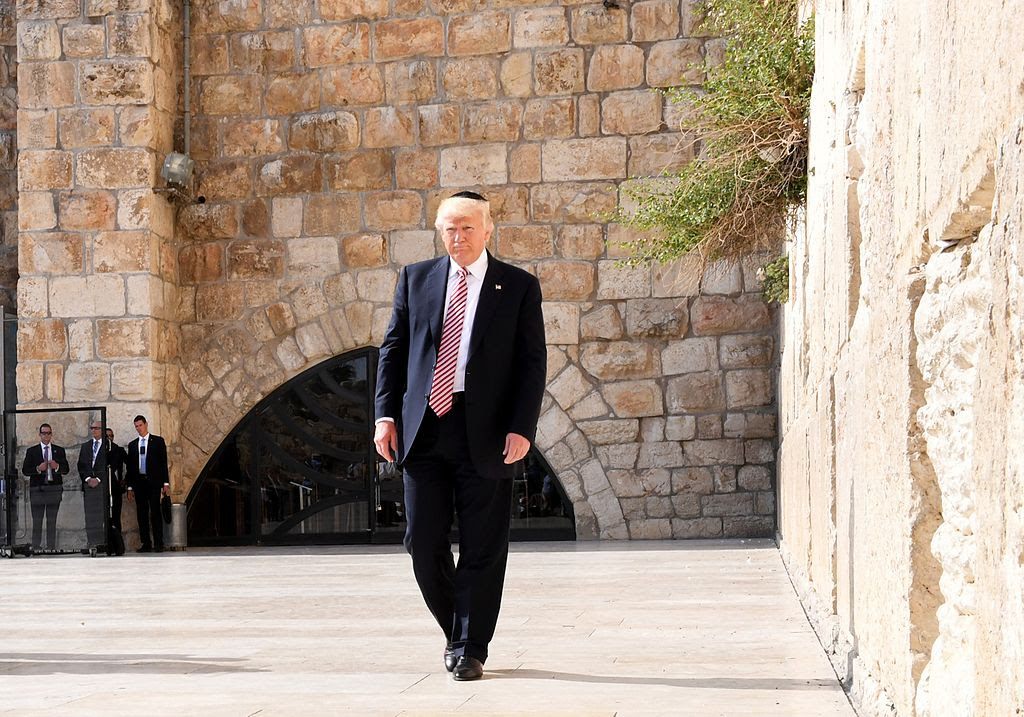 President Trump at the Western Wall in Jerusalem, Israel, May 22, 2017, photo by Matty Stern, US Embassy Tel Aviv, via Wikimedia Commons

EXECUTIVE SUMMARY: The PA and Hamas are hopeful that unorganized Palestinian youth will mobilize against President Trump’s declaration acknowledging that Jerusalem is Israel’s capital. A groundswell from the streets would preclude the necessity for the two organizations to actively take the lead. However, the readers of al-Quds, the Palestinian silent majority, are loath to sacrifice their sons on behalf of the warring factions.

On December 6, 2017, President Donald Trump announced that the US is officially recognizing Jerusalem as the capital of Israel. A quick read of the major Palestinian media outlets reveals what the various Palestinian actors consider the appropriate response.

The picture is reminiscent of the three bowls of soup in the tale “Goldilocks and the Three Bears.” There was a call for a fierce, blood-curdling response (hot), an expression of hope that the announcement will trigger a third intifada (warm, though really only a few degrees shy of the first response), and a hope that there will be no popular response (cold).

The “warm” response appeared in al-Hayat al-Jadida, the newspaper set up by the Palestinian Authority (PA), which strictly expresses the position of Mahmoud Abbas. The PA, remember, is obligated by the various accords signed during the Oslo peace process to behave peacefully and to refrain from any form of incitement. There is nothing peaceful in the headline that appeared in the PA mouthpiece: “Tension, a Third Intifada Likely to Break Out the Moment Trump Declares Jerusalem the Capital of Israel.”

The accompanying photo (immediately below) reflects the suggestion that while the PA is not spelling out its outright support for such an outcome, the reader is welcome to read between the lines. 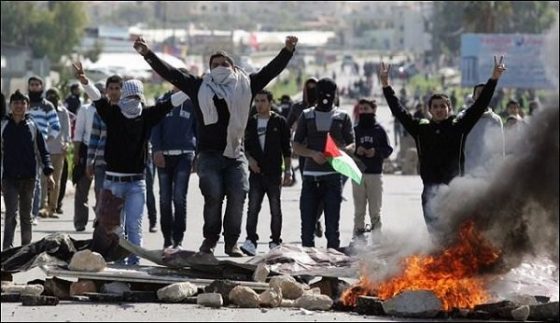 No such restraint characterizes the Hamas mouthpiece, Resala.net, which published the photo below with the caption “A Call to Arms for the Sake of Jerusalem.” Again, the photo matches the sentiment in the headline. Whereas the photo chosen by the PA mouthpiece can be construed (with difficulty) as defensive, Hamas chose an actively violent throwing of rocks. 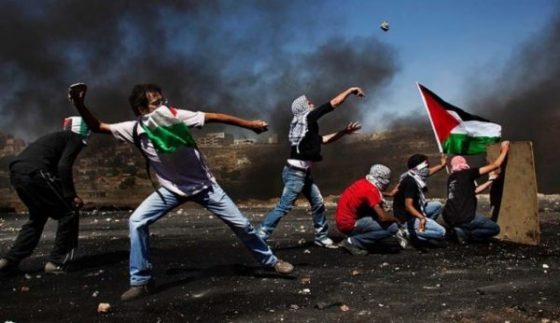 The most important element in the Hamas article is what was left unsaid.

The reported “days of rage” that the Palestinian factions are planning for the days ahead will consist, Hamas hopes, of mass violent protests. There is no mention of plans by Hamas leadership to initiate a fourth round of fighting between Hamas and Israel through the launching of missiles or tunnel raids, which is naturally good news from an Israeli perspective. The support for a groundswell of violence as expressed in the Hamas outlet, and the accompanying photo, suggest that the organization prefers to be let off the hook. It will likely do very little directly against the declaration.

In al-Quds, which is by far the most widely read Palestinian news site, there is no allusion to popular protest whatsoever. Instead, the main headlines address expected stormy weather in Jerusalem, several statements by UN and EU officials opposed to the US decision, and the charging of several individuals in Saudi Arabia with corruption.

Al-Quds represents the business class – i.e., the Palestinian silent majority – in Jerusalem and the West Bank. Obviously, the position it takes on the subject, declaratively in support of the PA’s hoped-for opposition but structuring its front page to minimize the urgency of the issue, is more in keeping with the views of the Israeli authorities. They too hope the coming storm turns out to be meteorological, not metaphorical.

The wisdom lies of course with al-Quds. PA officials and Hamas might want Arab youngsters to violently oppose the declaration, but they clearly realize that the potential political gains of such violence will be trivial compared to the costs in lives and injury. Israel will easily muster the police and army units needed to quell any popular disturbances, and it is unlikely that such violence will compel President Trump to rescind his decision.

This understanding is the common denominator motivating the responses of the political actors standing behind the media outlets al-Hayat al-Jadida, al-Risala.net, and al-Quds. The only difference is that the PA and Hamas hope Palestinian youth will do their bidding without risking their own bureaucratic enterprises. But they might not get their wish. The Palestinian silent majority is tired of sacrificing their sons on behalf of these warring factions.