The Trump-Kim Summit: The View from Seoul - Dr. Alon Levkowitz


The summits, according to Moon, will prevent or at least postpone Washington’s plan to conduct a surgical attack on North Korea, which could drag the Peninsula into a war no one wants. 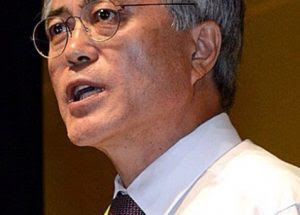 EXECUTIVE SUMMARY: The prospective Donald Trump-Kim Jong-un summit has caused the Western media to focus primarily on Kim’s decision to initiate contact and Trump’s agreement to meet. South Korean President Moon Jae-in’s role in organizing and advocating for the summit has been largely ignored.

South Korean President Moon Jae-in has tried since his election to change his country’s policy towards North Korea. At first, Kim Jong-un was unenthusiastic about Moon’s initiatives, because they didn’t serve his interests. But once Kim had achieved credible nuclear and missile capabilities, he felt willing to accept Moon’s invitation to send a delegation to the 2018 PyeongChang Winter Olympics.

North Korea’s next step, after the smiling diplomacy that surrounded the Olympics, was to invite President Moon to a Korean summit and call on US President Trump to meet with Kim.

One might have reasonably expected that North Korea would send delegations to Washington to promote and coordinate the latter summit – but it was Seoul, not Pyongyang, that has been its coordinator and advocate.

President Moon did not only send delegations to Washington. He sent his national security adviser to Tokyo, which is concerned that it might pay the price of improved relations between Pyongyang and Washington. Seoul also sent delegations to Beijing and other capitals to counter objections of regional players and ensure that the summit does not face external obstacles.

In essence, President Moon is doing Kim’s work for him, because he knows Pyongyang can’t do it – and in any case, it serves Seoul’s interests that the summits take place.

Moon believes the two summits will ease tensions in the Korean Peninsula and promote cooperation between North and South. The summits, according to Moon, will prevent or at least postpone Washington’s plan to conduct a surgical attack on North Korea, which could drag the Peninsula into a war no one wants.

In taking on the role of advocate for a Trump-Kim summit, President Moon is risking his position in Washington and the regional capitals. He is banking on the likelihood that the summits will achieve better outcomes than can be achieved by either sanctions or the “bloody nose” attack at which Washington has hinted. South Korea’s endorsement of the summits raise expectations in both Washington and Tokyo of what can be achieved. A failure of the Trump-Kim summit, or even a Trump-Kim summit in which relatively little is achieved, will be reflected in subsequent relations between Trump and Moon, and could lead Washington towards a harsher policy against Pyongyang. The recent nomination of John Bolton as US National Security Advisor will make Seoul’s task even more challenging.

To maximize the likelihood of a successful summit, President Moon should coordinate his efforts with Washington and Tokyo as well as with Pyongyang.

Dr. Alon Levkowitz, a research associate at the Begin-Sadat Center for Strategic Studies, is an expert on East Asian security, the Korean Peninsula, and Asian international organizations.