There are several ways in which Israeli strategic studies could benefit from the creativity of an explicitly avant garde orientation. 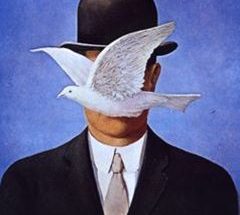 EXECUTIVE SUMMARY: In strategic studies, just as in art, music, or literature, avant garde means an imaginative willingness to take conceptual leaps. There are several ways in which Israeli strategic studies could benefit from the creativity of an explicitly avant garde orientation.

One normally thinks of the avant garde with reference to artistic exploration, but it can also be applied to other fields of human learning, including military strategy. A French expression, it is by its very nature activist, and suggests in any context the energizing idea of “marching forward.” This idea represents a continuously dynamic and creative process. Avant garde, therefore, is never merely a static endpoint of accumulated facts nor the fully fashioned product of some already concluded inquiry.

In both art and literature, the avant garde’s raison d’être has always been a disruption of the status quo, a challenging prod intended to uncover hidden truths. These creative sorts of rebellion have generally tended to leave orthodox political activism to others, and to “change the world” instead by fashioning innovative fusions of intellect and imagination. It is just this cutting-edge form of rebellion that could significantly enrich Israeli strategic studies.

But what does all this “rebellion” truly signify? What sort of creative impulse or leitmotif should we seek among strategists who are plainly more comfortable with intricacies of weapons hardware and cyber-technology than with any alleged utilities of Surrealism or Dada? Poets and artists have traditionally focused their efforts on alterations of “high culture.” What, exactly, are we asking Israeli strategists to confront and change in their own lines of work?

When informed by avant garde thinking, strategic theories, like abstract theories of art, can become an efficient “net.” Those who “cast” imaginatively will likely enjoy a better “catch.” This fragile net must then be intricately rewoven and then delicately recast.

Without a markedly more innovative system of strategic theory, the IDF could become unable to conform its critical order of battle to the constantly changing and increasingly lethal correlation of forces now mustering on both the physical and cyber battlefields.

To be sure, not all IDF strategic planning problems are purely theoretical or conceptual. Even where strategic studies do proceed on a sound intellectual foundation – i.e., one that involves dialectical reasoning rather than sterile accumulations of collected data – they still need to be sheltered from the distorting effects of unsound political judgments.

So what needs to be done? Here are some answers:
To best implement the expected utilities of an avant garde orientation, Israeli strategists are urged to heed these suggestions. In each, there is considerable room for creative personal interpretation and application. By definition, the avant garde not only tolerates imaginative thinking – it demands it.

Prof. Louis René Beres is Emeritus Professor of International Law at Purdue and the author of twelve books and several hundred articles on nuclear strategy and nuclear war. His newest book is Surviving Amid Chaos: Israel’s Nuclear Strategy (Rowman & Littlefield, 2016).