A clear look at Uri Avnery and his effect on the Israeli security situation. 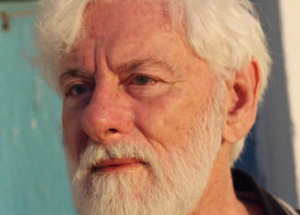 EXECUTIVE SUMMARY: Most of the articles and statements following the passing of veteran Israeli journalist and far-left political activist Uri Avnery were of a glorifying nature, praising his persistent support for a Palestinian state and the end of the Israeli “occupation.” However, his misconceived predictions and deeds undermining Israeli sovereign interests, including during wartime, were intentionally ignored.

The traditional proverb “after death, say holy” (“de mortuis nil nisi bene” in Latin) means one should say only good things about people after they die. This tradition provides a kind of “comfort zone” to controversial figures after their demise.

The recent death of Uri Avnery, the veteran Israeli journalist, politician, and ultra-left-wing activist, prompted an unprecedented wave of fawning obituaries, mostly praising his activities in the journalism domain as well as his allegedly courageous stand on behalf of the Palestinians.

Special attention was given to his extraordinary meeting, on July 3, 1982, with PLO leader Yasser Arafat in West Beirut in the midst of the first Lebanon War. Arafat himself admitted that Avnery was the first Israeli he had ever met, making him the pioneer who “broke the dam” for the many Israeli left-wing activists who followed.

The Arafat-Avnery meeting was very important. On the one hand, it was a tremendous journalistic achievement. On the other, it was an act of defiance towards the Israeli authorities during wartime.

The event was utilized by Avnery as an international scoop as well as an opportunity to show Arafat as a human being rather than a demonized monster. Notwithstanding the international response, the meeting outraged the Israeli public, and the government ordered an investigation into Avnery.

Most of the articles and statements following Avnery’s death praised his persistent support for an independent Palestinian state and an end to the Israeli “occupation” (despite the fact that ideologically, Avnery previously favored a single state, replacing Israel, as the ultimate framework to end the Israeli-Palestinian conflict). Though he was a divisive figure in Israel, even senior Israeli officials – first and foremost President Reuven Rivlin – paid tribute to him. In Rivlin’s words, his fundamental disagreements with Avnery “were diminished in light of the ambition to build a free and strong society here.” Opposition leader Tzipi Livni described Avnery as “a courageous journalist and a rare, trailblazing man.” She asserted that he maintained “his principles despite attacks and planted in the heart of Israelis ideas of peace and moderation, even when they weren’t in the lexicon.”

While praising Avnery’s meeting with Arafat in Beirut, his admirers intentionally ignored, or at least omitted, a striking part of the puzzle, which was the fact that the PLO leader had been spotted by Israeli intelligence. Ronen Bergman, in his book Rise and Kill First: The Secret History of Israel’s Targeted Assassinations, reported that – in Avnery’s words – “the Mossad learned that I was going to meet with Arafat, and its people secretly shadowed me to find him and kill him.” Avnery told Haaretz (February 4, 2018) that “having read Ronen Bergman’s report that then-Defense Minister Ariel Sharon didn’t care if I was killed in an assassination attempt on Yasser Arafat, I’m grateful for the precautions the PLO chief took.”

Avnery claimed that the meeting with Arafat was spontaneous rather than pre-arranged, but that assertion is dubious. He had had previous connections to the PLO, and the fact that he was escorted by two female staff members of his weekly magazine, Ha’olam Haze, could indicate a pre-planned operation. Further, Avnery’s reputation as “scoop-hungry” doesn’t correspond to the description of the meeting as spontaneous.

In one of his last interviews, with the BBC on March 22, 2018, Avnery downplayed the idea that he had risked his life when he met with Arafat in Beirut. He claimed to have had “some doubts about it,” explaining that he made the phone call arranging the meeting less than 24 hours before it took place. He went on to suggest that “if they were very efficient they could have listened [to the phone call], caught me at the point where I crossed the front line and tried to follow our car. It’s possible.”

Avnery is thus describing a sophisticated operation in which he acted as a human shield to protect Arafat while enjoying an international scoop. Though it could in fact have been a gamble for his life (as well as those of the two female staff members joining him), Avnery could rely on the restraint of the Israeli military in such controversial circumstances.

Avnery used a similar tactic when visiting Arafat at his headquarters in Ramallah (the Mukata’a) in 2003 during the bloodiest phase of the PLO leader’s terror war (euphemized as the “al-Aqsa Intifada”). Again he operated as a human shield for Arafat.

Striking evidence of this can be found in Avnery’s article entitled “Human Shield,” which was published in the Gush Shalom bulletin on October 14, 2003. He rather astonishingly explained the logic behind being a human shield: “The moment we heard about the shocking atrocity in Haifa on Saturday afternoon (a suicide attack) we understood that we had to hurry to the Mukata’a. Within an hour, a small group of ten Israeli peace activists was organized. With us were also some 30 international peace activists from many countries.” Avnery believed ”the killing of Arafat would be a historic disaster for the State of Israel, because it would mean the elimination of any chance for peace for generations to come and the increase of bloodshed to dimensions unknown until now. Therefore we decided to prevent this disaster with the paltry resources at our disposal.”

Speaking of Arafat, Avnery wrote, “He received us, the Israeli peace activists, with much feeling, smiling broadly, with much shaking of hands and hugging. The fact that in such an emergency men and women from Israel had come to constitute a ‘human shield’ had made a deep impression. He spoke about this repeatedly.

“After three days and nights we went home, ready to go there again if the need arose, in order to do everything possible to prevent an act that would be a disaster for Israel,” Avnery concluded his article. “For us, that is the most important, patriotic thing we can do.”

Avnery’s passing cannot justify ignoring his deeds against Israeli national interests, especially during wartime. Any other democracy would have taken a firm stance against his initiatives undermining sovereign government policy.

It is regrettable that the attorney general decided not to call Avnery to account after his Beirut meeting with Arafat. Avnery said the reason for this was twofold: first, that at time there was no law barring Israelis from meeting with PLO members; and second, the law forbidding entry to an enemy country didn’t apply as they had crossed the border at the invitation of the IDF.

But Avnery’s act fell by definition under clause 99 of the Israeli Penal Law (legislated in 1956 and amended in 1979) entitled “Assisting an enemy at war.”

These events should teach us a lesson about automatic displays of sympathy towards controversial figures, such as the late Uri Avnery, while overlooking their detrimental deeds. This superficial approach is a human failure. One would be wiser to apply the Jewish proverb, “judge as you would be judged.”

Col (Res.) Dr. Raphael G. Bouchnik-Chen is a retired colonel who served as a senior analyst in IDF Military Intelligence.