Chants like “Hamas, Hamas, Jews to the gas” have entered the public domain. 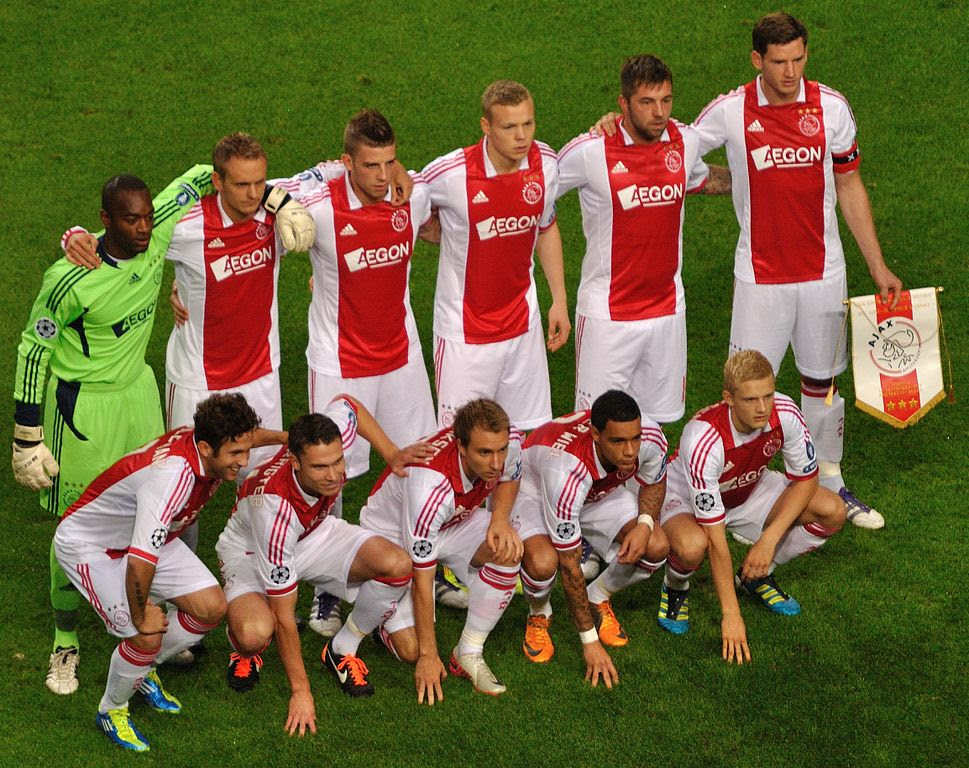 EXECUTIVE SUMMARY: Antisemitism pervades soccer in the Netherlands.  Chants like “Hamas, Hamas, Jews to the gas” have entered the public domain. The Supreme Court has forbidden this chant, but it can still be heard at matches. A song about burning Jews was publicly sung in January 2019 by soccer fans in the streets of Leeuwarden, a Dutch provincial capital. Though Jews represent only 0.2% of the Dutch population, in 2017, out of all complaints about punishable discrimination which reached prosecution, 41% concerned antisemitism, and most of those were soccer antisemitism.

“My father served with the commandos, my mother was with the SS. Together they burned Jews, because Jews burn best.” This is the text of one of the classic antisemitic songs chanted on Dutch soccer fields.

Antisemitism in the soccer world is not limited to the Netherlands. The problem is so persistent at the leading London Chelsea football club – which has a Jewish owner – that the club has announced a campaign against antisemitism. What is happening in the Netherlands is, however, far worse. It is long-lasting, has spread widely among soccer fans, and has entered the public domain.

More than thirty years ago, a group of fanatical non-Jewish supporters of a major Amsterdam soccer club, Ajax, started to call themselves “Jews.” As a reaction, fans of competing clubs began to use antisemitic slogans against them. Ajax has no specific relationship with the Jewish community and is not owned by Jews. (Decades ago, Ajax had two international players who each had a Jewish father. It has also had a chairman or two who were Jewish, but this does not add up to much of a Jewish character or image.)

In its 1999-2000 Annual Report, Tel Aviv University’s Stephen Roth Institute of Anti-Semitism and Racism reported: “Anti-Semitic slurs have long become the norm at football matches in the Netherlands. Hissing, slogans and chants such as ‘Hamas, Hamas, Jews to the Gas’ are often heard during games.”

At the end of January, Ajax played in Rotterdam against local nemesis Feyenoord.  When the bus with the Ajax players arrived at the Rotterdam stadium, five Feyenoord supporters shouted antisemitic slogans. In a rather rare occurrence, the police identified them, and they were each fined 500 euros ($600).

These antisemitic outbursts among soccer fans also occur elsewhere. On the same day, in the center of Leeuwarden, a provincial capital, fans of two other Dutch football clubs publicly chanted the song about burning Jews. One supporter posted the event on social media and received positive reactions from his followers. There was not a single negative reaction to this Facebook post. It has since been removed.

This pervasive soccer antisemitism is the result of tolerance for expressions of extreme hate, including antisemitism, in Dutch society. It manifests itself in many ways. As far back as 2004, the director of the CIDI organization, which fights antisemitism, said it was futile to lodge complaints with the authorities. He said he had appealed to the court concerning extreme expressions of antisemitism, and the prosecution did not want to deal with them.

Worse still, also in 2004, the mayor of Heerenveen, a town with a major football club, took the position that the commission dealing with soccer vandalism should not take serious action against hate songs. He said it would be a reward to the hooligans if a game were stopped because of 100-200 fans – a substantially lower number of hooligans than there were in reality.

On International Holocaust Memorial Day, January 27, 2008, a text message appeared on the video screen at the Vitesse stadium during a game against Ajax. It read, “Hoezee, hoezee, Long live Zyklon B,” referring to the gas used in extermination camps during the Holocaust. A Vitesse spokesperson later expressed the club’s regret, explaining that fans can send SMS texts to be displayed on the video screen. She said that before they are posted, they are checked, but that that particular one slipped through.

In 2011, the late Uri Coronel, the then chairman of Ajax, who was Jewish, tried to convince the fans of his club to stop using the nickname “Jews.” His efforts had no result. Coronel said he once entered the Feyenoord stadium between a double lineup of youngsters who made the Heil Hitler salute.

Antisemitic hate chants, which are regularly heard by tens of thousands of spectators in stadiums, have spread to other targets besides Jews. A match in 2004 between two first league clubs, ADO from The Hague and PSV Eindhoven, was refereed by René Temmink. Many fans chanted, “Hamas, Hamas, Temmink to the gas,” which caused the match to be suspended.  A year earlier, at a game between the same two clubs, the PSV fans shouted “Cancer Jew” at a referee.

The antisemitic hate chants have spread into the public domain. In 2009, there was an anti-Israel demonstration in Amsterdam in which two left-wing parliamentarians participated. There, as in the stadiums, chants of “Hamas, Hamas, Jews to the gas” were heard. The parliamentarians later claimed they had not noticed them.

By 2011, the public mood was finally ready for a zero-tolerance approach toward expressions of antisemitisim in stadiums. Thus, much publicity was focused on hate chants at a celebration of ADO supporters after its victory against Ajax. There, the fans, including ADO players, chanted, “We go chasing Jews,” as well as the old favorite, “Hamas, Hamas, Jews to the gas.” The latter chant had been prohibited by the Supreme Court in 2009. The trainer of ADO and his assistant were both present, and one of the players was heavily fined by ADO.

Then parliamentarian Richard de Mos of the Freedom Party, who is still a member of the Municipal Council in The Hague, condemned the antisemitic chants and submitted parliamentary questions asking for measures against such slogans in professional soccer. Thereafter, de Mos, an ADO fan himself, received death threats from supporters of the club.

Soccer antisemitism has by now been fully integrated into the wider “culture” of Dutch antisemitism. Even though self-defining Jews represent only 0.2% of the Dutch population, in 2017, out of all complaints about punishable discrimination that reached prosecution, 41% concerned antisemitism.  More than three-quarters of these were related to soccer.

The head of the Dutch rabbinate, Chief Rabbi Binyomin Jacobs, said more than ten years ago that when something happens in Israel, “I am shouted at in the street, ‘Hamas, Hamas, Jews to the gas.’”

Jacobs tells the story of once entering a train together with a non-Jewish psychologist. “It was full of Feyenoord supporters who sang ‘Jews to the gas,’” he recalled. He remarked that the psychologist was very afraid. Jacobs said, “I showed indifference as a sign of strength.” He added, “One could consider this incident as hooliganism, but if one of these idiots had attacked us, probably many of them would have done the same.”

The extreme Dutch antisemitism on display at soccer matches shows how hate-mongering can freely develop in a country where the elite falsely believes their nation is tolerant.
View PDF

This is an edited version of an article that was published in Algemeiner on February 13, 2019.

Dr. Manfred Gerstenfeld is a Senior Research Associate at the BESA Center and a former chairman of the Steering Committee of the Jerusalem Center for Public Affairs. He specializes in Israeli–Western European relations, anti-Semitism, and anti-Zionism, and is the author of The War of a Million Cuts.