The Elephant of Jew Hatred - Caroline B. Glick

by Caroline B. Glick

All this leads us to the actual “elephant in the room.” The real elephant is Palestinian—and global—Jew-hatred. 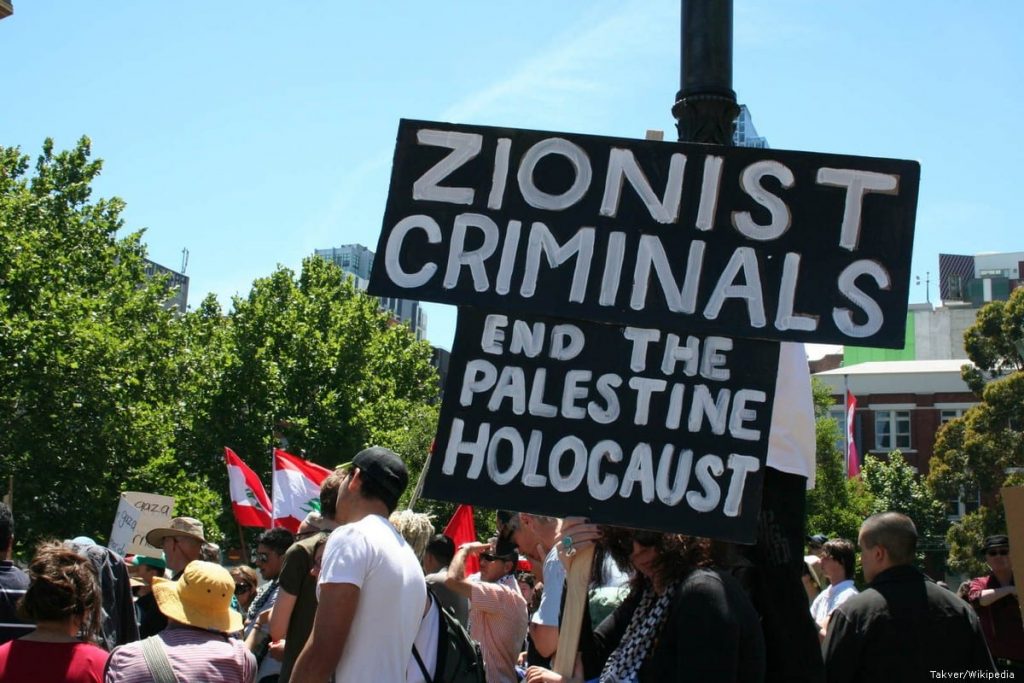 In a viciously anti-Israel speech last week, Senator Elizabeth Warren (D-MA) claimed that when discussing the Israeli-Palestinian conflict, “the elephant in the room,” is “America’s military assistance to Israel.”

Warren proceeded to call for Israel to be banned from using U.S. military aid in Judea and Samaria.

The dictionary definition of the term “elephant in the room” is “an important or enormous topic, question or controversial issue that is obvious or that everyone knows about but no one mentions or wants to discuss because it makes at least some of them uncomfortable and is personally, socially or politically embarrassing, controversial, inflammatory or dangerous.”

Given the definition, Warren obviously misspoke. Foes of Israel like Warren never stop raising the issue of U.S. military aid to the Jewish state. For the past 40 years, they have used U.S. military assistance to castigate, condemn and negatively stereotype the Jewish state, often in explicitly anti-Semitic terms.

Warren, for instance, called for conditioning U.S. military aid to Israel just days after her anti-Israel comrade Representative Betty McCollum (D-MN) resubmitted a bill in Congress calling for aid to Israel to be conditioned in precisely the same manner Warren suggested. McCollum proposes the bill every year, and J Street, the anti-Israel lobby that hosted her address, has already endorsed this latest iteration.

All this leads us to the actual “elephant in the room.” The real elephant is Palestinian—and global—Jew-hatred.

The Palestinians are notorious Jew-haters. As noted scholar Dan Polisar explained in an in-depth analysis of 20 years of Palestinian opinion polling, Palestinian society is swamped with deep-seated, multi-dimensional Jew-hatred. A whopping 93 percent of Palestinians attest to opinions evincing clear Jew-hatred. By and large, Palestinians blame Israel—the Jewish state—for all of their misery. Many of them entertain wild conspiracy theories about Jewish power and nefarious plans based on no evidence and no precedent of any such plans or plots.

Palestinians deny Jews are a people with a 3,500-year history of life in, and attachment to, the Land of Israel. They deny that the capital of the Jewish people from time immemorial is Jerusalem. The plain fact is that Palestinian national identity is based on denying Jewish history and appropriating Jewish history to themselves. After all, as Palestine Liberation Organization Chairman Yasser Arafat declared in 1974, “The goal of our struggle is the end of Israel, and there can be no compromise or mediations. We don’t want peace, we want victory.”

This Jew-hatred is easy to stir up, and Palestinian leaders from both the Palestinian Authority’s ruling Fatah faction and from Hamas do so regularly to advance their political goals. Their efforts are invariably successful because a large swath of the international community, encompassing the broader Islamic world and most Western countries, is also negatively (if in the case of the West, less violently) disposed toward the Jewish people and the Jewish state of Israel.

And everyone is basically in agreement that the best way to advance the goal of undermining Israel is by ignoring the real elephant in the room—Palestinian, and their own, hatred of Jews.

In recent weeks, we have been watching how this plays out in real time. On April 13, the start of the Muslim holy month of Ramadan, a gang of Arab Jerusalemites, egged on and attacked policemen near Jerusalem’s Old City with firebombs, firecrackers and rocks while also brutally beating Jewish Israeli passersby.

This initial assault was followed by many more such beatings by gangs associated with Fatah and Hamas. Several Israeli Jews—most frequently, Orthodox Jews—in Jerusalem and other mixed Jewish-Arab cities have been hospitalized following the brutal beatings, which the assailants have often posted on the TikTok video-sharing platform.

For several days, outside of Israel there was next to no media coverage of the assaults. But then, a far-right Jewish Israeli group held a protest outside Jerusalem’s Old City Damascus Gate, the focal point of the attacks. The Jewish protest was entirely non-violent. But resonating the Arab slogan, “Death to the Jews,” some of the far-right protesters unfortunately shouted, “Death to Arabs,” and “Death to terrorists.”

Suddenly, the story was primed for international attention. NBC, Sky News, Reuters and The New York Times, among others, were quick to publish stories either blaming the attacks against Jews on the protesters who came to protest those very attacks or, like the U.S. embassy in Jerusalem, they blamed both sides equally while ignoring the fact that all of the violence was being perpetrated by the Arabs with the active incitement of Palestinian Authority and Hamas leadership.

The U.S. embassy statement was a masterpiece in moral obtuseness: “We are deeply concerned about the incidents of violence in Jerusalem over the last several days. We hope all will promote an end to incitement, a return to calm and respect for the safety and dignity of everyone in Jerusalem.”

Statements like this can only exist in a world where no one notices or cares about the blinding Jew-hatred that is at the very core of modern Palestinian national identity. They can only be made in a world where that hatred is the “elephant in the room” and everyone studiously ignores it, while blaming the consequences of that hatred—political violence, Israeli counter-terror measures, war—on the victims of the hatred, the Jews.

The key to the world’s prolonged success in ignoring the Palestinian elephant of Jew-hatred is the widespread denial that anti-Zionism, and using a double standard to judge Israel, are forms of anti-Semitism. In a world where it is unacceptable to say that the Jews alone among the people of the earth are to be denied self-determination in their ancestral homeland, it would be similarly unacceptable for the Palestinians to define their national identity through their rejection of the Jews and co-opting of Jewish history.

In a world in which Israel is judged by the same standard as its fellow democracies, it would be impossible for the U.S. embassy or The New York Times to hide the plain fact that for the past two weeks, Arabs have been senselessly beating Jews in the streets of Jerusalem.

The thing about hatred is that when it is not confronted, it grows. Now that everyone feels comfortable turning a blind eye to Palestinian hatred and everyone is getting away with blaming the Jews for Palestinian assaults against Jewish Israelis, others are enthusiastically joining. On university campuses throughout the United States, for instance, Jewish students are subjected to anti-Semitic ostracism, boycott and harassment. The anti-Semites discriminating against Jewish students know that all they have to do to get away with their hateful conduct is to couch their rhetoric as “opposition to Israel.” And instead of being punished or expelled for their bigotry, they are embraced by others who like the anti-Semitism exception and seize the license to hate Jews while ironically spouting their commitment to fighting all forms of discrimination.

In France, when Palestinians in Gaza or Judea and Samaria open a new terror campaign against Israel, Muslim extremists often attack Jews. And since they do so as a means of “protesting” Israel, they get a free pass for vandalizing synagogues and Jewish schools and beating Jews in the streets.

With the rise of Senator Warren’s fellow progressives to leadership in the Democratic Party, we are likely to see more tales about how “U.S. military aid,” “the Benjamins” and, of course, “the occupation” are the “elephants in the room.” This disingenuous rhetoric will be geared toward achieving two goals—supporting the Palestinian war against Israel and protecting the real elephant in the room.