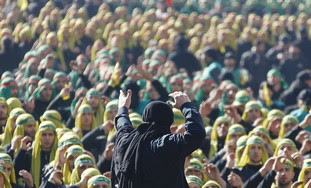 Israelis and Jews around the world are under a growing threat from Islamic terrorists and need to demand that local authorities provide better security, former Counterterrorism Bureau chief Brig.-Gen. (res) Nitzan Nuriel said Monday, hours after a gunman killed four people outside of a Jewish school in France.

Nuriel told The Jerusalem Post that a coalition of jihadist organizations have made a decision to attack Israeli and Jewish targets wherever they may be without distinction. "They attack whoever they can and wherever security is lax," he said.

According to Nuriel, who stepped down from his post several months ago, Iran and terror groups are trying to deter Israel from taking action against them by carrying out these attacks overseas. He said it was possible that the attack against the school in France was not terror related, but he did draw a direct line between the recent spate of bombings plots in India Georgia, Thailand and Azerbaijan.

Nuriel urged Israelis who travel overseas to take extra precautions and to be more vigilant in the face of the terror threat.

"It makes no difference for the terrorist if the target is a representative of the Jewish Agency, an Israeli tourist or a local Jew," he stated.

When choosing accommodations abroad, Nuriel said that Israelis should not make the decision based solely on the quality of the hotel or hostel, but rather they should also take into consideration whether there is security at the facility or building.

Secondly, he said Israelis should not post pictures of their trips on Facebook and other social media websites, since photographs could then be used by terrorists to track them, as well as to identify targets frequented by large numbers of Israelis.