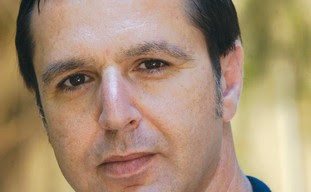 Facebook temporarily shut down The Jerusalem Post reporter Khaled Abu Toameh’s Facebook page, possibly in response to a campaign by anti-Israel activists who object to Abu Toameh’s views on corruption within the Palestinian Authority.

“The truth sometimes hurts,” Abu Toameh wrote in the blog post. “That is why the Palestinian Authority has been working hard to prevent the outside world from hearing about many occurrences that reflect negatively on its leaders or people.”

Hate mail and death threats poured into Abu Toameh’s inbox. While the veteran reporter has received hate mail before, he said the response to the last two posts was overwhelming.

A notice said that the account was temporarily closed “for security reasons.”

The account was reopened 24 hours later, but with the two posts deleted and no explanation.

“I think if they get a certain number of reports, they immediately block you for security reasons,” Abu Toameh said on Tuesday. Multiple requests to Facebook for comment went unanswered.

“Some people posted a picture of me with a Star of David on my forehead,” said Abu Toameh. “This time it looks like a concerted campaign against me,” he added.

“I find it strange that Facebook rushes to close [my profile] down without checking.

Especially as a journalist, it really harms me, that’s my way of being in touch with my sources and my readers.”

“It’s still a matter of censorship,” he said, after his profile was reopened. “They decide what’s acceptable. Now we have to be careful about what we post and what we share. Does this mean we can’t criticize Arab governments anymore?” According to Facebook’s terms of service, the site reserves the right to remove any content or notify law enforcement “when we perceive a genuine risk of physical harm, or a direct threat to public safety.”

“Organizations with a record of terrorist or violent criminal activity are not allowed to maintain a presence on our site,” the terms state.

Abu Toameh has been the Post’s Arab affairs reporter since 2002.

I think that we allow Facebook to know too much about us, and we allow them to be much more powerful in our lives than they should be. Personally, I would delete my account because of recent privacy concerns, which continue to escalate on a regular basis, but I am connected to a large family, so choose to stay....for now.