Rouhani: IS Wants to 'Kill Humanity' 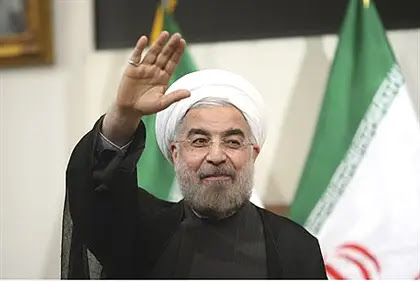 Hassan Rouhani
Reuters
Iranian President Hassan Rouhani on Wednesday denounced the “Islamic State” (IS) for its savagery but also branded the U.S.-led coalition against the terror group as "ridiculous."

Rouhani’s comments were made in an interview with NBC News from the presidential palace in Tehran ahead of his visit to the United Nations.

"Are Americans afraid of giving casualties on the ground in Iraq? Are they afraid of their soldiers being killed in the fight they claim is against terrorism?" Rouhani said, questioning President Barack Obama’s to use airstrikes against IS terrorists.

"Maybe it is necessary for airstrikes in some conditions and some circumstances," said Rouhani. "However, air strikes should take place with the permission of the people of that country and the government of that country."

Asked about the extremists' beheading of American James Foley and Steven Sotloff and British aid worker David Haines, Rouhani said IS actions are at odds with Islamic tenets.

"They want to kill humanity," he said. "And from the viewpoint of the Islamic tenets and culture, killing an innocent people equals the killing of the whole humanity. And therefore, the killing and beheading of innocent people in fact is a matter of shame for them and it's the matter of concern and sorrow for all the human and all the mankind."

Rouhani told NBC Iran will give Iraq any support it requests for combating IS, but made a point of saying religious sites must be protected.

Rouhani’s comments were made two days after Iran’s Supreme Leader, Ayatollah Ali Khamenei, said his country had rejected a U.S. request for cooperation against the IS because Washington has “dirty hands”.

“Right from the start, the United States asked through its ambassador in Iraq whether we could cooperate against [IS],” Khamenei said in a statement on his official website.

“I said no, because they have dirty hands,” said Khamenei, who has the final say on all matters of state in Iran.

Khamenei was followed by a commander in Iran’s Revolutionary Guards who said on Tuesday that he is doubtful that the real objective of the United States is to eliminate IS.

Two weeks ago it was reported that Khamenei had authorized his army to coordinate joint military operations with the US against ISIS in Iraq. The State Department later clarified it has "no plans" for any military coordination with Iran in the fight against Islamic State.