A call for unity and expressing outrage - Isi Leibler

Moral relativism has paved the way for a realpolitik in the democratic world, which no longer relates to concepts like good and evil. 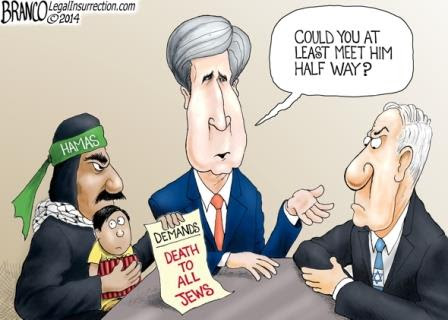 The world is experiencing a clash of civilizations with satanic forces seeking to revert to the Dark Ages. In this context, the behavior of the Palestinians has now descended to such barbaric depths that in a rational world, Israel should have the unequivocal support of all civilized people.

However, hypocritical global leaders, devoid of moral compass, have abandoned us. They relate to Israel and those seeking its destruction with moral equivalence and opportunistically collaborate with rogue states. Moral relativism has paved the way for a realpolitik in the democratic world, which no longer relates to concepts like good and evil.
George Orwell undoubtedly could have devoted another book to the doublespeak adopted in relation to Israel. Global leaders are not merely indifferent to the fact that innocent Israeli citizens are targeted for assassination by youngsters transformed into frenzied religious lunatics by their leaders. They even condemn Israelis for defending themselves.

Western leaders refuse to recognize, that in the same way the Nazis successfully transformed Germany into a society endorsing genocide, Palestinian leaders have inculcated children, from kindergarten onward, with the notion that being killed in the process of murdering Jews is the highest form of religious martyrdom.

Our “peace partner,” Palestinian Authority President Mahmoud Abbas, “blesses the blood” shed in killing Jews, glorifies debased murderers, and provides millions of dollars of funds received from foreign governments as monthly salaries to those murderers in jail and pensions for their families. The bloodlust generated by frenzied lies about Jews threatening to destroy Al-Aqsa mosque and substituting it with a Jewish Temple is promoted through the mosques, schools, media and Facebook and via other social media.

Yet whilst mayhem prevails as millions of people have been displaced from their homes and hundreds of thousands have been butchered, the European Union carries a resolution effectively paving the way for sanctions against Israeli products produced over the Green Line. It is a shocking reflection on the cynicism of Europeans, whose soil was drenched with Jewish blood during the Holocaust, that they so cravenly betray Israel, the only democratic state in the Middle East — an oasis of tranquility in a sea of barbarism — which is surrounded by neighbors openly baying for its destruction.

Even the president of the United States, our purported ally, contributes toward this poison by calling on Prime Minister Benjamin Netanyahu and Chairman Mahmoud  Abbas to reduce the incitement.

Israel is on the front lines and must seek more effective means of publicizing the fact that the current Palestinian Authority is a criminal regime that promotes a culture of death — a barbaric society whose feral hatred of Jews and Israel is on a par with Hamas and ISIS.
We must repeat again and again that the Arab-Israel conflict is not a dispute between two peoples over land. The reality is that the Palestinian Authority (no less than Hamas) adamantly refuses to recognize Jewish sovereignty, as evidenced when both Yasser Arafat and Abbas even declined to make counteroffers when Prime Minister Ehud Barak and subsequently Prime Minister Ehud Olmert offered 97% of the territories previously occupied by the Jordanians.

In order to make the world understand, Israel must focus on two issues — national unity and a far more aggressive presentation of our narrative and exposure of the criminal nature of our adversaries.

National unity is crucial and will immensely strengthen us. It is scandalous that in the current circumstances, our government operates on the basis of a hairline majority of one, virtually neutralizing any flexibility of the prime minister.

The fact is that today there is a genuine consensus among Israeli Jews, the vast majority of whom believe that to annex the territories and absorb millions of additional Arabs would result in a binational state and the end of the Zionist dream. In addition, with the absence of a peace treaty and security, there is also firm opposition to ceding additional territories to the corrupt Palestinian Authority whose hatred of Israel is indistinguishable from Hamas, which in the absence of the IDF, would in all likelihood have assumed control over territories.

Even the prominent left-wing ideologue Professor Shlomo Avineri and one of the key architects of the Oslo Accords, Dr. Yossi Beilin, admit that those proposals no longer apply as the PA’s present leadership has proven to be utterly opposed to the existence of a sovereign Jewish state. There is also a broad consensus concerning the disastrous agreement consummated by the Obama administration with Iran.

Under these circumstances, the Zionist political parties should unite to face the challenges. Zionist Union Chairman Isaac Herzog, Yesh Atid head Yair Lapid and Yisrael Beytenu chief Avigdor Lieberman all share ambitions to become prime minister. But now, if they share any concern for the national interest, they should temporarily set aside their personal ambitions and unite. Likewise, Prime Minister Netanyahu should make every effort to enable them to join his government with dignity.

Needless to say, Herzog, Lapid and Lieberman would actually enhance their status with voters if they demonstrated a willingness to act in the national interest during these critical times instead of behaving like petty feuding politicians.

A unity government would curtail the continuous calls on Netanyahu to be more accommodating when he has already reached a total stalemate with the duplicitous Abbas. No other opposition leader has a realistic formula for moving beyond Netanyahu’s current policies until such time as Palestinian leaders arise who are genuinely committed to coexistence. This is currently not on the horizon. Indeed, Netanyahu has ceded far beyond what the late Prime Minister Yitzhak Rabin had repeatedly personally pledged were red lines beyond which he would not cross.

A unity government would largely neutralize the poisonous propaganda emanating from delusional Israeli and Jewish leftists who, despite being fringe elements, inflict tremendous damage on Israel’s standing by dismissing all of Netanyahu’s policies as emanating from the extreme Right.

Such a government would also unite Jews in the Diaspora, many of whom are reeling under the pressures they face and would be reassured that their support for Israel is not for a narrow government or right-wing group, but effectively endorses the consensual will of the nation.

The second component is a need for the government to revolutionize foreign policy and cooperate with Jews and friends of Israel to promote Israel’s narrative, which is distorted by Arabs and extreme leftist propaganda.

The Palestinians’ cult of death and their ongoing determination to destroy Israel must be exposed; they are the underlying reasons why negotiations are doomed to fail in the foreseeable future, despite the fact that Israel has undertaken to conduct talks without preconditions.

We must also repeatedly expose the hypocrisy and double standards displayed by Western nations.

Many may argue that it is not worth the effort because the power of the Arab bloc, anti-Semitism, and the prevailing cynical and immoral approach adopted by most Western countries in relation to foreign policy will transcend truth and morality. Yet ultimately truth is invariably vindicated and we must exert major efforts to prevent our narrative from being distorted and ensure that our own future generations retain their national pride and appreciate the morality of our cause.

Let us be clear: Israel is confronted by painful challenges. But don’t be influenced by the prophets of doom. Life goes on in Israel. We have faced far greater threats in the past and overcome them. Terrorism dates back long before the state was even established and has never ceased.

We must also retain a sense of perspective. While each casualty is a human tragedy that impacts on the entire nation, far more Israelis are killed in road accidents than by  terror attacks. It is also important to be assured that Israel has never been as strong as it is today and has the capacity of defending itself and deterring the combined forces of all the barbarians seeking our destruction.

This column was originally published in the

Isi Leibler may be contacted at ileibler@leibler.com