The European Union avoids lawsuits over its funding illegal construction for Arabs in Judea and Samaria by hiding behind diplomatic immunity, the UK's Daily Mail has revealed.
The EU's meddling was first publicized by the organization Regavim, which shared pictures of EU flags in areas that were assigned to Israel in the Oslo Accords.

According to the report, whenever Regavim tried to sue the European Union for its misconduct, the EU would dismiss the charges by claiming it had diplomatic immunity.

Newly published documents show that the EU spends tens of millions of Euros from public funds to build illegal settlements and roads for Palestinians within the designated Israeli sections of Judea and Samaria. The documents outright state that the construction is designed to "pave the way" for Palestinians to take control of more land.

Illegal Arab buildings in Area C Ari Briggs, Regavim CEO
The European Union does not deny its actions, nor that they violated the Oslo Accords. Instead, a spokesperson tried to justify them by claiming that they are "in accordance with the humanitarian imperative" and the body's belief that all of Judea and Samaria should be "part of any viable future Palestinian state."

"All EU activity in the West Bank is fully in line with international humanitarian law," she said. "Under international law Israel also has the obligation to protect and facilitate development for the local population, and to grant unimpeded access for humanitarian assistance."

According to the Oslo agreement, Judea and Samaria were divided into three sections, known as A, B and C. The Palestinian Authority was given civil and security control of Area A, only civil control of Area B, and Area C remained under Israeli control. Despite this, the EU has illegally paid for over a thousand buildings for Palestinians in Area C. 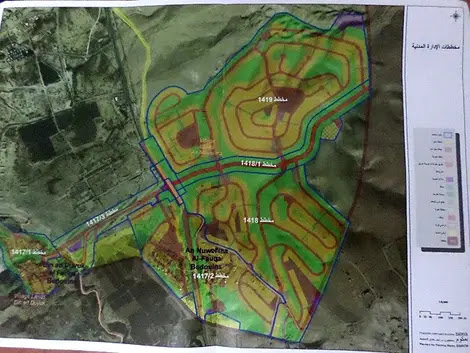 Prime Minister Binyamin Netanyahu has pointed out that "When we take down these illegal constructions, we are then again condemned, so it's a Catch-22... This is a clear attempt to create political realities... I think we need to re-set our relationship with the EU."

"They act as if they are above the law and are now attempting to hide behind diplomatic immunity. These actions would not be acceptable anywhere else on Earth, and the EU must be held accountable." Illegal construction in Area C Ari Briggs, Regavim CEO
The organization has also noted that Article 41 of the Vienna Convention, which covers diplomatic immunity, stipulates that diplomats are forbidden from "[interfering] in the internal affairs of that State."

Some NGOs, including B'Tselem and Oxfam, have taken the EU's side. They argue that it is legitimate for the EU to encourage illegally building because Palestinians are often unable to receive building permits in Area C. Yet these same groups regularly decry any attempts to accommodate Jewish growth in Judea and Samaria.

The report has raised ire in the UK.  "It is deeply concerning that the EU falls back on diplomatic immunity after breaking planning regulations," British MP Jacob Rees-Mogg told the Daily Mail. "Diplomatic immunity is there to protect envoys from unjust treatment, not to protect the high-handed behavior of arrogant bureaucracies."

He added that "the EU maintains that it is based on fundamental principles of rule of law and support for democracy. But when this clashes with its bureaucratic bungling, neither rule of law nor democracy seem important."

"No wonder the EU think they're above the law. They are untouchable," said Conservative MP Andrew Percy, adding that the revelation suggests that the EU is "undermining the Oslo Accords" and "damaging attempts at peace."