Egyptian TV Host Al-Ghiety To Hillary Clinton: Old Bag, You Are The Cause For What Happened In Syria, Iraq, And Libya - MEMRI

In response to the former secretary of state's defense of the U.S. involvement in the Qadhafi ouster, Al-Ghiety referred to Clinton as an "old bag," and accused the U.S. of being the cause for what happened in Libya, Iraq, and Syria. "At least 99% of the Libyans," he said, "long for the days of Qadhafi." The show aired on March 7.

Click here to view the clip on MEMRI TV 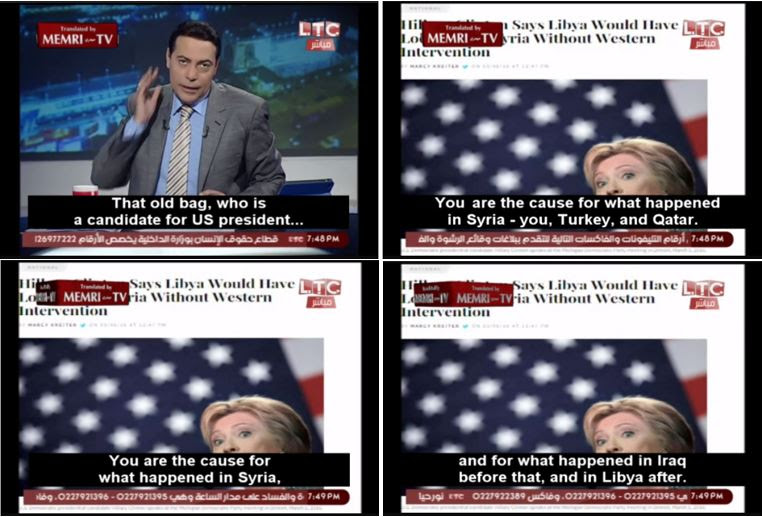