There are four basic rules of successful diplomacy 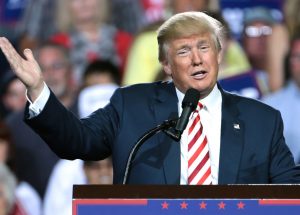 EXECUTIVE SUMMARY: The “art of the deal” does not translate directly from the world of business to the world of diplomacy. Diplomatic deal-making requires mastery of four basic elements: integration of diplomacy with the credible threat of force; the rewarding of friends and the punishing of enemies (rather than the opposite); a diplomatic focus on interests rather than emotions; and a refusal to condescend to the citizens who will be affected.

Given the sad state of American diplomacy after eight years of the Obama administration, including the last four with John Kerry as Secretary of State, and with Donald Trump preparing to take over on January 20, this is an appropriate time to review the basics of international diplomacy. While Trump and his team, including Secretary of State designate Rex Tillerson, have extensive experience in business, the art of the international political deal is quite different. There are four basic rules of successful diplomacy:

1. In relations between states, diplomacy must be carefully integrated with and backed by force, and vice versa

Power is the political equivalent of gravity, and in an international system based on anarchy ("the state of nature," according to Hobbes), military and economic power are central to survival and success. But since the exercise of power (via military attacks or economic measures) usually triggers a comparable response, diplomacy is deployed to reduce costs while achieving the same objectives. Thus the well-known adage that diplomacy is a form of "war by other means."

However, throughout the Obama presidency, the essential role of power in international diplomacy was largely ignored. Obama’s first major foreign policy initiative took place in Cairo in March 2009, when he called for freedom, democracy, and friendship between the US and the Arab world. But there was no action plan behind the speech – no carrots and no sticks. In all of Obama’s Middle East activities, including supporting the ouster of Mubarak in 2011, which was followed by the ascent of the Muslim Brotherhood and then the return of a military regime, interests and power were largely ignored.

In the few instances in which Obama threatened to use force, there was no follow-through. (The killing of Bin Laden was a one-time attack against an individual, not an ongoing strategy against a state or terror group.) In Syria, Obama warned the Assad regime that there would be zero tolerance for the use of chemical weapons, but he failed to follow through. When Assad crossed that red line, Obama canceled the planned military strike, instead adopting a Russian-led plan to remove Syria’s chemical arms. Some of these weapons were reportedly shipped out of Syria, but there was no verification of this, and enough remained to allow Assad to employ them again. What might have been a diplomatic success was erased as soon as the use of force was off the table, and with this failure, any option for American diplomacy in Syria disappeared.

2. Reward your friends and punish your enemies (not the reverse)

For John Kerry and Barack Obama, their main diplomatic "success" was the agreement with the Iranian regime on their illicit nuclear program. Along the way, Washington eschewed every form of leverage (see point 1). To avoid friction and maintain good feelings, the US allowed Iran to continue many of its ongoing weapons-related activities, including upgrading centrifuges, testing new and better ballistic missiles, and, more importantly, supporting terror, including Hezbollah's butchery on behalf of the Assad regime in Syria. When Iran captured, detained, and humiliated American sailors, Obama and Kerry continued to smile, obtaining their release by sending planeloads of dollars to Iran. This was a classic example of rewarding enemies, while friends, such as Israel, which opposed the deal (a vast understatement), were treated like enemies.

Obama and Kerry also tried to befriend triumphalist Russia. In 2012, as Putin began to flex his muscles, Obama told Russia's puppet president, Dmitry Medvedev, that "After my election I will have more flexibility" in meeting Russian demands regarding American missile defense deployment and other issues. Shortly afterwards, when Putin started re-establishing the Russian empire by taking parts of Ukraine, Kerry and Obama took no action. This scenario was repeated as Russia joined Iran in Syria to destroy not only IS, but every other alternative to the brutal Assad regime as well. A constant flow of summits and phony ceasefire agreements notwithstanding, America was, at best, a passive bystander to the slaughter in Aleppo and elsewhere.

At the same time, throughout his presidency, Obama, the non-diplomat, heaped scorn and isolation on Egypt and Israel – the two reliable American allies in the highly unstable Middle East. For enacting policies designed to protect Israel’s citizens from terror, Netanyahu was treated like a political leper by US administration officials. Other allies, including those in the Asia-Pacific region, began to distance themselves from Washington as they realized that being close was more dangerous.

3. Diplomacy is based on interests, not personal contacts or emotions

Successful diplomats leave their personal likes and dislikes outside the negotiating room. While friendship and personal links can sometimes smooth the path towards agreement and loathing can block an otherwise sensible deal, these are supposed to be aberrations.

Although a carefully managed display of emotions can have a tactical impact, effective diplomats are like top poker players, careful not to reveal their hand, their mood, or their next move. Kissinger was a master at this, to the point that he was often accused of being stone-hearted and impervious to emotion. But by sticking to a grand strategy and keeping his eye on long-term goals, Kissinger negotiated agreements with Russia and China and eventually to end the war in Vietnam. In the Middle East, after the 1973 war, he maneuvered Egypt and Israel into disengagement agreements, setting up the subsequent peace treaty. In all of these instances, Kissinger stuck to interest-based negotiations.

Similarly, the 1979 peace treaty negotiated by Begin and Sadat – the greatest diplomatic accomplishment of recent decades – highlights the irrelevance of emotions or personal likes and dislikes. We do not know how the leaders of Israel and Egypt felt about each other. The evidence indicates that there were periods of cooperation as well as intense frustration. But the bottom line for both was the centrality of interests and substance. After 18 months of often difficult negotiations, they emerged with a treaty that has held up for 38 years and is still going strong.

For John Kerry, in contrast, personal friendships are the essence of diplomacy. In photo-ops during negotiations with President Rouhani and Foreign Minister Zarif over Tehran's illicit nuclear program, Kerry exuded warmth, regardless of the situation. To avoid upsetting his partners, he ensured that the Iranian regime received almost everything it sought.  Even when Iran captured and took American sailors hostage, in blatant violation of international norms, Kerry and Obama could not bring themselves to break off the nuclear talks.

Compare this approach to Kerry’s hour-long and strangely timed farewell speech on the Israeli-Palestinian conflict. His anger towards Prime Minister Netanyahu was palpable from the beginning, and grew as he went through the charge sheet. Kerry blamed Netanyahu for refusing to accept optimistic (or naïve) American advice, but showed no anger or disappointment towards the Palestinians. The display of emotion was entirely out of synch with the substantive messaging, which tried to tell both sides that peace was a matter of fundamental rational interests.

4. Avoid condescension; diplomats do not know what is good for everyone

Diplomats who arrogantly tell people they are wrong, and that they know better than the people what is good for them, get little traction. Sovereignty and independence are important to identity, and no country's citizens relish being patronized by outsiders. A major factor in the British vote to leave the EU (Brexit) was the combination of EU official paternalism and the fear of the loss of national identity. Leaders who reject patronizing external pressures usually enhance their standing.

Presidents Reagan, Clinton, and George W. Bush were skilled at avoiding the appearance of condescension when engaged in diplomacy. Obama, on the other hand, was one of the most patronizing presidents in decades. He clearly believed he knew what was best for everyone, including American allies.

In the Middle East, Obama sought to go over the heads of political leaders, as in his March 2009 Cairo speech. In March 2013, Obama addressed hundreds of Israeli students in an attempt to sell policies for peace that were in pointed contrast to the policies of the coalition led by Netanyahu. Obama's performance was, as usual, very polished, but the details and examples he employed were far from the daily experience of Israelis. He appeared patronizing, and the gambit failed.

Similarly, in their last-minute initiatives focused on Israel, including the American decision to abstain (and thus passively support) UNSCR 2334 and the subsequent speech on the evil of settlements, Obama and Kerry repeatedly instructed Israelis that the policies they recommended (e.g., end settlements, two states, etc.) were for Israelis’ own good. The message was that Americans could define Israeli interests better than the country's elected leaders. This did not help them win friends or influence people.

If international negotiations on war and peace were simple and straightforward, the world would be a calmer place. But the reality is far more complex, as the Obama-Kerry track record shows. Before launching diplomatic initiatives or responding to others, Mr. Trump and Mr. Tillerson would be wise to review these principles and learn a few lessons from history.


Prof. Gerald M. Steinberg is a professor of political studies at Bar-Ilan University, founder of the graduate program on Conflict Management and Negotiation, and president of NGO Monitor.