Saudi Writer To Muslims In The West: Integrate Into Local Societies And Work Against Terrorism - MEMRI


'Imad Al-'Abad called on Muslims living in the West to inculcate in their children loyalty to the countries in which they had chosen to make their homes, and to work to eliminate terrorism in those countries by cooperating with local security forces, organizing anti-terrorism demonstrations, and launching goodwill initiatives for the benefit of their adopted societies.

In his December 27, 2016, column in the Saudi daily Al-Riyadh, titled "Muslim Minorities in the West – Have They Done Their Duty?" 'Imad Al-'Abad called on Muslims living in the West to inculcate in their children loyalty to the countries in which they had chosen to make their homes, and to work to eliminate terrorism in those countries by cooperating with local security forces, organizing anti-terrorism demonstrations, and launching goodwill initiatives for the benefit of their adopted societies. 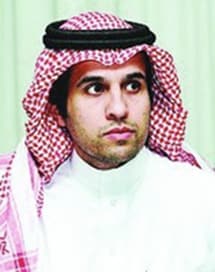 Following are excerpts from his column: [1]

"In 2002 I visited Vancouver, Canada, and stopped at a restaurant owned by an Arab immigrant; we had a brief conversation. When he learned that I was new to Canada, he cautioned: 'Be careful not to believe these infidels, because they aren't looking out for your best interest.' I left the restaurant pondering his viciousness. This man – who had tired of his own land and come [to Canada] seeking liberty, wellbeing, and security – has not even a minimum of loyalty to the country that took him in and granted him rights and privileges of which he had never dreamed. I was even more convinced of his viciousness after I had been [in Canada] for a whole year, during which I had found only good in these 'infidels.' Furthermore, I discovered that not all Arab and Muslim immigrants share that man's [view].

"A friend of mine who is an emissary to Germany told me how he loathed the incitement and hatred that had been openly expressed in a Friday sermon by the imam of one of the mosques there. He said that the police cannot arrest him because it concerns free speech – a privilege granted to him by the country against which, and against whose people, he is inciting. This privilege is one of many others Germany gives refugees: a monthly stipend for each family member; free housing, electricity, and water; tax exemptions; free education; free passes for public transportation, and more, in order to maintain their dignity and respect their humanity.

"The horrifying terrorist incidents that plagued Europe this year have brought me back to [the issue of] Muslim minorities in the West. Although the vast majority of them are peaceful and, like most people, are seeking a quiet life, they neglect to integrate into, and coexist with, the societies in which they have chosen to settle. Moreover, they have been somewhat passive towards the terrorist incidents that took place in their societies. Whether in France, Germany, or Belgium, we have not heard that they held mass anti-terrorism demonstrations, or about great goodwill initiatives for society – but that they kept silent and continued to complain about racist harassment against them.

"Anyone who thinks that such initiatives, or expressions of anger at and opposition to terrorist crimes would mean [that the Arab immigrants are] apologizing for a crime they did not commit, is mistaken... On the contrary – it would be a goodwill initiative and a message to the society in which they live: 'We and you are together, in the same good camp, against the criminal camp.' This could strengthen the cooperation between them, and expel those despicable terrorist cells.

"Anyone who thinks that Muslim minorities are incapable of organizing such anti-terrorism demonstrations, forming a lobby to pressure those who incite [to terrorism] there, or launching important initiatives to improve their image in Western societies, would also be mistaken. Their responses to issues concerning Islamic symbols [clearly] show their ability to mobilize people and make their voices heard in the societies in which they live.

"Finally, Arab and Muslim minorities in the diaspora are usually good and innocent communities, that have in the past carried out beautiful and important initiatives – for example the one in Lens, France to protect churches during last year's Christmas celebrations, which was very well received. But there are only few such initiatives, and much hard work and diligence is needed [in order to do many more].

"To this end, these minorities there must aspire to two goals: One, in the long term: To inculcate in their children loyalty to the land in which they settled and which has given them so much. Two, in the short term: To swiftly and seriously tackle the deeds carried out by the sons of immigrants, by means of cooperation with security elements and through [showing] solidarity with the society [that was targeted]. In this way, they will prove their vehement opposition to such base acts..."