Ever since the Second Lebanon War in 2006, Nasrallah's location and physical condition have been a well-guarded secret, due to concerns that Israel would try targeting him. 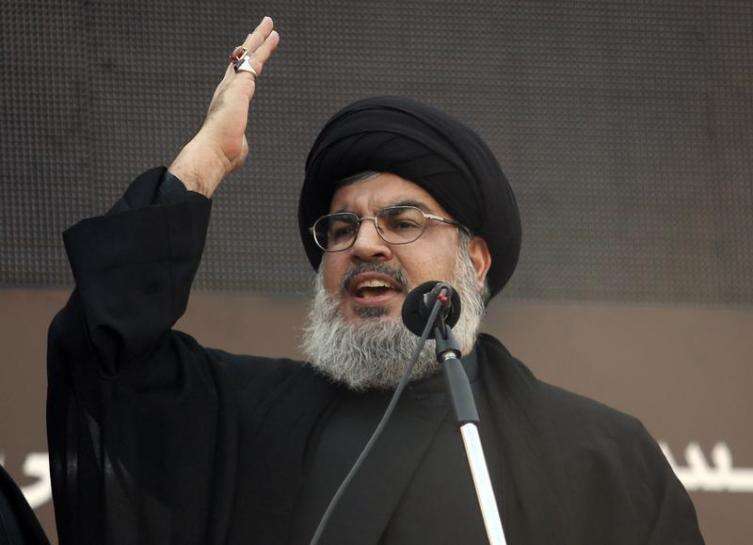 Hezbollah leader Hassan Nasrallah has been hospitalized in serious condition in Beirut after apparently suffering a heart attack, Lebanese media outlets reported on Saturday. Another report said he also suffered a stroke, and that he has been fighting cancer.

The reports were not confirmed by any official sources. The Lebanese media reports also noted that Nasrallah had not been seen or heard publicly for several weeks, ever since the IDF launched Operation Northern Shield to eradicate the terrorist organization's cross-border underground tunnels.

A senior Iranian official refuted the reports on Sunday.


Hossein Amir Abdollahian, the Special Assistant to the Speaker of the Iranian Parliament for International Affairs, who has served as a liaison between the Iranian government and Hezbollah, called the reports "Zionist lies."
Abdollahian wrote in a tweet Sunday that the "Zionist claims about Nasrallah's illness and heart attack are the biggest lie of the year. One day Nasrallah and the leaders of the Palestinian resistance will pray at the Dome of the Rock [on the Temple Mount in Jerusalem]. The Zionists will cease to exist."
Lebanese journalist Jerry Maher tweeted over the weekend that "an intelligence source confirmed that a senior figure in Hezbollah was hospitalized today [Saturday] at a hospital in the capital Beirut. Other sources confirmed it is Sheikh Hassan Nasrallah, who has been fighting cancer for years."

Nasrallah, 58, took over the terrorist organization in 1992 after his predecessor was assassinated in an Israeli airstrike. Ever since the Second Lebanon War in 2006, Nasrallah's location and physical condition have been a well-guarded secret, due to concerns that Israel would try targeting him.

There have been numerous rumors in the past about Nasrallah's failing health, some even claiming he had succumbed to cancer. To refute these rumors, the terrorist organization has always released video footage of Nasrallah discussing current events.