In new video, Hezbollah claims ability to hit precise targets in Tel Aviv. 'It's over, that's it.' 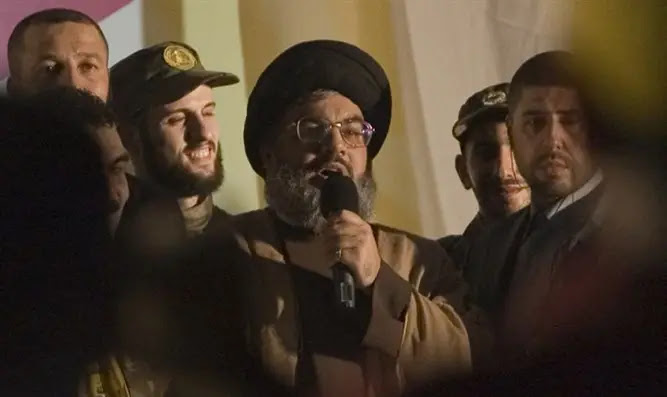 The Hezbollah terror organization on Saturday published a video clip praising its ability to launch missiles at Israel.

The clip includes details on various sites in Israel.

"Today we can not only hit the city of Tel Aviv, but also, if G-d wills it and with His help, we can hit very precise targets within Tel Aviv," the video claims.

"We we can also harm any place in occupied Palestine." In a message to Israel, Hezbollah warned: "Whatever you do to block our path - it's over, that's it."

In his letter, Ghaani wrote, "The Palestinian nation needs to continue on its path of opposing Israel, which Ramadan Shalah led - until Jerusalem is freed."