​
by Lilach Shoval and ILH Staff


The cell was plotting to conduct major attacks on Israeli targets and communities, including a plan to kidnap an IDF soldier to use as a bargaining chip. 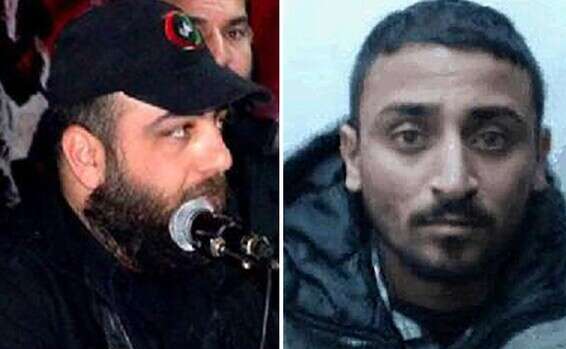 
The Shin Bet security agency on Tuesday said it thwarted an Iran and Hezbollah-backed terrorist plot in recent months to launch high-profile attacks in Judea and Samaria via the Popular Front for the Liberation of Palestine terrorist group.

The Syrian army was reportedly also involved in training the PFLP cell, which reportedly operated under the guise of a civilian welfare organization known as "Al-Shabab Al-Alumi Al-Arabi."

The cell first appeared on Shin Bet's radar following the interrogation of Yazan Abu Salah, a 23-year-old PFLP member arrested in April. He was revealed to be a member of a larger cell involving two attack units, one in Ramallah and one in Samaria. He was arrested before departing for Lebanon to partake in military training.

Muhammad Abu Salah, Yazan's cousin, was also arrested by the Shin Bet as part of the crackdown, along with eight other radicals involved in the plot.

The cell was plotting to conduct major attacks on Israeli targets and communities, including a plan to kidnap an IDF soldier to use as a bargaining chip for the release of Palestinian terrorists in Israeli prisons.

The terrorist operation was headed by Assad Al-Amali, a Lebanese resident who worked to connect the cell with Iran and Hezbollah.