Saudi Columnist: Muslims Harm Themselves But Are Obsessed With Conspiracy Theories And Blaming The Other

Saudi columnist Dr. Jibrin 'Ali Al-Jibrin, who is a sociology professor at King Saud University in Riyadh, wrote in an article in the official Saudi daily Al-Watan that Muslims fight each other and thereby do themselves more harm than their enemies do; despite this, he said they prefer to blame others for their situation and believe in conspiracy theories about global plots against them, instead of dealing with their wretched situation. He called on the Muslim world to awaken from its delusions and adopt a realistic view of the world instead of blaming others for its problems. The following are excerpts from the article:[1] 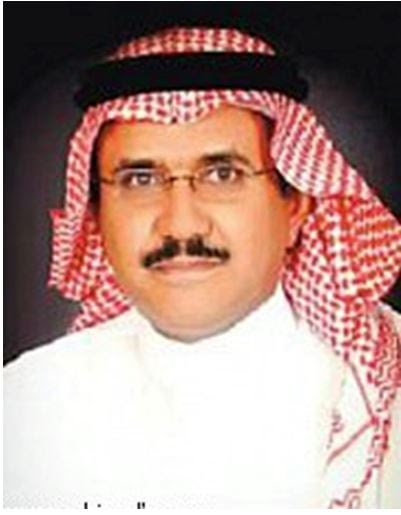 "An objective and neutral observer of the current state of Muslims in many Muslim countries discovers a bitter reality and painful facts – namely that we Muslims [are] in constant conflict with each other. We fight each other and accuse each other of heresy, and believe that some among us are worse enemies [of the Muslims] than are the Jews and Christians, and we drown in sectarianism, ideological conflicts, and clashes between different [religious] schools. Every group thinks that it must eliminate the other groups instead of [learning to] live alongside them before turning towards the real enemy that we will turn to one day, if there are any of us left.


"An observer of our situation would find a group of people angry at everyone around them and obsessed with conspiracy theories, who believe that the [entire] world is conspiring against them. We accuse each other of heresy and later beg Allah to destroy our enemies because they are the ones who brought us to this state, even though none of our enemies forced us to place our finger on the trigger or fire at other Muslims. Though the harm we do to ourselves is worse than [the harm] done to us by our enemies – for many Muslims are killed by other Muslims, possibly even more than are killed by non-Muslims – most of us incessantly speak of phantoms and nonexistent conspiracies... and ignore Allah's words: 'And whatever strikes you of disaster – it is for what your hands have earned; but He pardons much [Koran 42:30].'

"Some of us think that the nations around us have nothing better to do than persecute us and do us harm, and that they are the reason we kill each other. This might be a psychological mechanism [used] to deny [our] bitter reality. Despite all this we receive assistance from these [nations] in order to rid ourselves of the evil [done by] some of us [i.e. other Muslims], but after these [nations] are done [assisting us], we curse them [and wish] doom and destruction [upon them].

"This reality is not a product of the current age. Muslims have been in this state since the miserable Battle of the Camel [656 CE],[2] in which the Companions of the Messenger of Allah [Muhammad] fought each other and killed thousands of the best men and Koranic reciters of the Prophet's generation; through the Battle of Siffin [657 CE],[3] in which Muslims became divided and killed each other; and up to acts of massacre of Muslims by Muslims later on.

"Tyranny, killing opponents, and autocracy are elements that have been common [to Muslim regimes] since the end of the era of the Righteous Caliphs. Those who read history will be amazed by the level of autocracy, which reached indescribable heights. Perhaps the most simple example, although examples are numerous, is the sermon by Al-Hajjaj [Ibn Yusuf, 661-714 CE], who demanded that the worshippers exit through one gate and kill anyone who exits through another, not for heresy, but for disobeying Al-Hajjaj's order. Matters did not change greatly during the Abbasid period, whose [rulers] established their Caliphate through historic acts of massacre of the Umayyads and their supporters, so much so that Abbasid commander 'Abdallah bin 'Ali ordered that meals should be served on top of the bodies of his opponents from Al-Sham.

"Things have not changed much in our current period. Those who follow the news see that the murderer and the victim are mostly Muslims, unfortunately...

"We must discard some of the misguided thoughts that control our present and replace them with honesty with ourselves and a realistic view that does not blind us to our full situation. Maintaining this state without enacting any change – first within ourselves, and later in our everyday reality – is a guarantee of chaos and the loss of hope in coming generations. Furthermore, it will play a part in cultivating future generations whose psyches are full of the crises of the past."

Copyright - Original materials copyright (c) by the authors.
Posted by Sally Zahav at 2:19 AM