Iran reveals some of its demands in nuclear talks with West as it admits "substantial differences" remain between the sides. 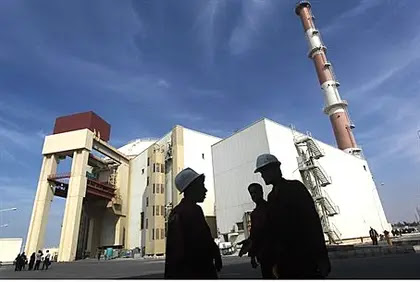 Bushehr nuclear power plant
AFP photo
Iran said on Wednesday it wants to greatly expand its uranium enrichment program despite Western fears that it could be used to make atomic arms, reports The Associated Press (AP).

The position outlined by Iranian nuclear agency head Ali Akbar Salehi appeared to be the most detailed yet of what Tehran wants at its closed-door negotiations with six world powers.

It also highlighted the huge obstacles in the way of an agreement by a July 20 target date, since the world powers want Iran to reduce its enrichment program, noted AP.

Iran went into nuclear talks last year with more than 9,000 centrifuges enriching uranium and about 10,000 on standby. The U.S. is ready to accept only a fraction of that number.

Salehi told Iran's official IRNA news agency, however, that his country wants to expand the output of its enrichment program over the next eight years to a level that would need about 190,000 current centrifuges.

Salehi said Iran wanted to use 8,000 advanced models to achieve that goal.

He also said Iran can envisage re-engineering its underground Fordow site as an enrichment research and development facility; as an isotope production unit, or as a physics and space radiation laboratory.

Salehi’s comments echo ones made on Tuesday by Iranian Supreme Leader, Ayatollah Ali Khamenei, who said Iran "needs" 19 times more nuclear centrifuges than the amount being offered by world powers.

"Their aim is that we accept a capacity of 10,000 separative work units, which is equivalent to 10,000 centrifuges of the older type that we already have," he said.

“Our officials say we need 190,000 centrifuges. Perhaps not today, but in two to five years that is the country's absolute need," added Khamenei.

Western diplomats said last week that Iran has reduced demands for the size of its future nuclear enrichment program, even as they added it would not be easy to clinch a deal by the July 20 deadline.

Similarly, Intelligence and Strategic Affairs Minister Yuval Steinitz said last week that Israel does not expect world powers to reach a nuclear agreement with Iran by the deadline.

Shedding further doubt on the nuclear talks, a United Nations report in May revealed Iran is bypassing the sanctions which were meant as an economic incentive to force the Islamic regime to abandon its nuclear program. Indeed, Khamenei in January revealed that the negotiations were merely a stalling tactic.