Muwaffaq Matar, a columnist for the Palestinian Authority (PA) daily Al-Hayat Al-Jadida, wrote that ISIS by itself lacks the power and ability to carry out massive attacks like those that occurred recently in Paris and Brussels, and that they were actually orchestrated by Israel, using ISIS as a tool. He claimed that Israel carried out the attacks as revenge for Europe's recent moves against it, such as the EU's decision to mark products manufactured in the occupied territories, and the French initiative to convene an international conference for resolving the Palestinian-Israeli conflict, and, if it fails, to recognize a Palestinian state.

The following are excerpts from Matar's column:[1] 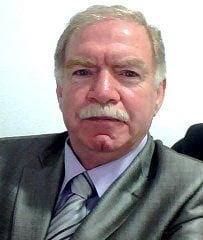 "The statement of French President [Francois] Hollande – that terrorism struck Belgium but hit the heart of Europe [as a whole] – is perfectly true. [2] However, the day will come, [perhaps] in a quarter of a century, when a French president will declare [the true identity of] those who struck the heart of Europe using the weapons and the tools of ISIS. Following a thorough examination of the situation and the unfolding of events, one definitely realizes that there are no coincidences and that the terror attacks in the capital of Europe were not just a reaction to the arrest of the mastermind behind the Paris attacks, Salah Abdeslam. They came at precisely the right moment for the real element that decided to target the heart of Europe while hiding behind the slogan of ISIS.

"I do not want to point fingers, but why is it that ISIS's crimes and massacres in France and Brussels coincided with Europe's first attempt to liberate itself from Israel's blackmail and from the [guilt] complex over the persecution of the Jews in Europe? [Why did they coincide] with the European parliaments supporting the Palestinians' right [to a state], for the first time? Was it not France that conceived the idea of an international conference that would lead to ending the conflict and the Israeli occupation of the Palestinian territories? [France] was also the one that threatened to recognize a Palestinian state if Israel refused to turn towards peace with the Palestinians, [peace] that would guarantee their rights as recognized by the UN. [And] was it not the European Union, headquartered in Brussels, that decided to mark the products of the Israeli settlements, thereby [adversely] affecting Israel's economy?

"Have you heard of the European boycott of Israel, of the effective and impressive activity of [European] activists, and of Israel's fear of this activity that is gaining momentum? Why then should we not regard this background as the reason [that prompted] those who are harmed by the new Europe [namely Israel] to strike at the heart of Europe, even though the one who physically carried out [the attack] was a barbaric ISIS criminal completely devoid of humanity? The lesson [to be learned] from a crime does not lie solely in its details, in the tools [used to perpetrate it] and in its appearance, but also in the motivations behind it, the circumstances that enabled it, and the [identity of] the true hidden criminal. This is doubly true when it comes to the motivations of those who committed a historic crime against an entire people... and who do not eschew the use of terror, in all its guises and slogans, as a means and a tool to kill three birds with one terror attack: the Palestinian bird, the Arab bird and the European bird.

"Let's not forget that the compartmentalization that characterizes the activity of the global terror organizations [actually] makes it easy for security apparatuses to infiltrate them and manipulate their members for their own ends. ISIS does not have the ability to strike wherever and however it pleases. Some element or elements have infiltrated it to the core, and are using it as their current tool to take revenge on Europe and rip out its heart."