Israel now has unprecedented abilities with which to deal with the types of threats that have mushroomed across the region in recent years, amid upheaval and the expansion of Iran and its proxies. 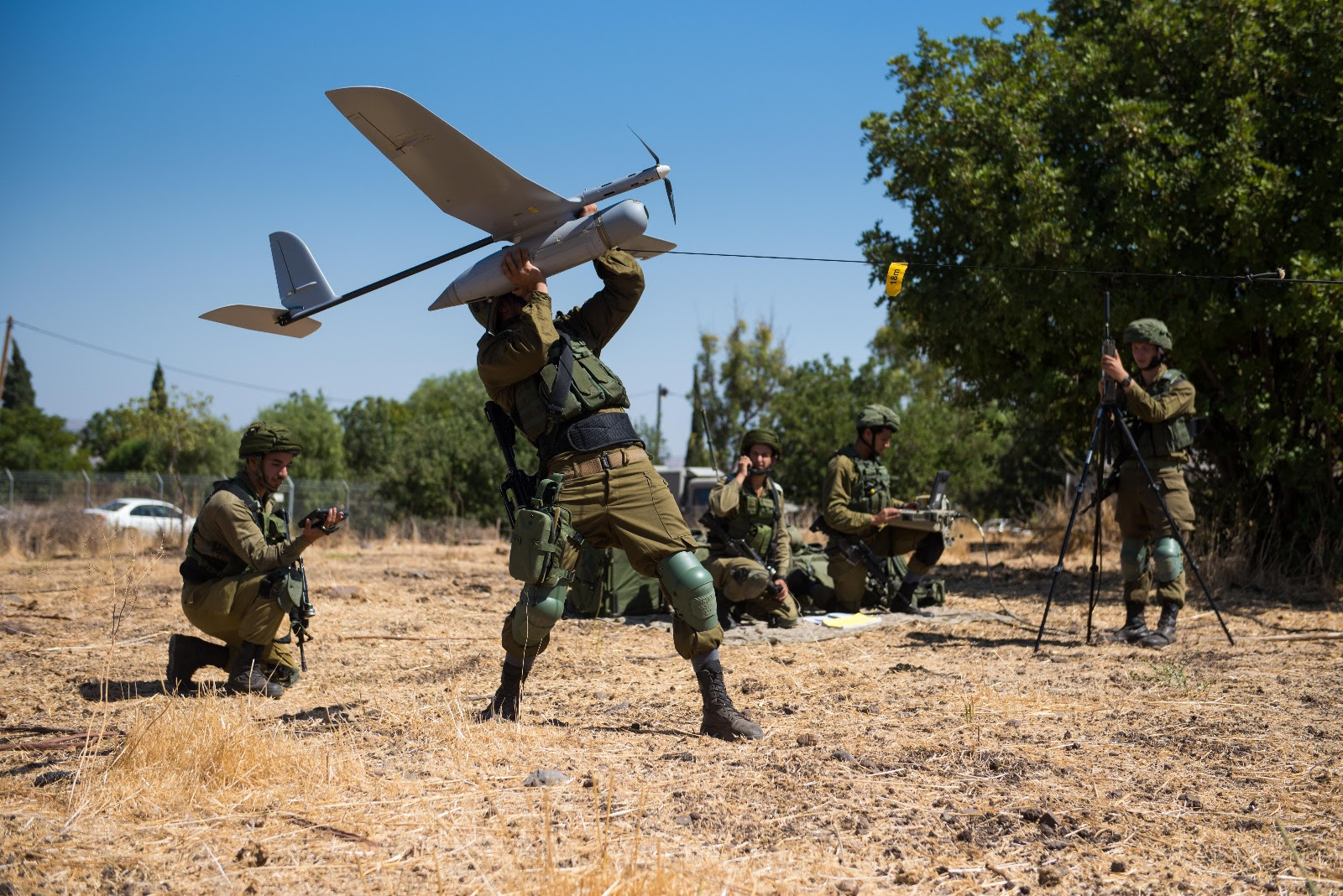 The Israel Defense Forces’s Skylark Unit prepares one of its drones for flight.
IDF photo via JNS

EXECUTIVE SUMMARY: In the 11 years since the Israeli strike on Syria’s nuclear-weapons production site, a quiet revolution has taken place within the Israeli defense establishment. Today, the IDF’s ability to detect, analyze, and use intelligence regarding emerging threats is substantially more developed than it was in 2007.

Israel now has unprecedented abilities with which to deal with the types of threats that have mushroomed across the region in recent years, amid upheaval and the expansion of Iran and its proxies.

Outgoing chief of the Military Intelligence Directorate, Maj.-Gen. Herzl Halevi, describes the changes this way: “The integration between Military Intelligence and the Israeli Air Force has created an intelligence factory for the State of Israel that has no equivalent [in the world] in terms of the level of accuracy, the ability to remain up to date, flexibility, and reliability. This capability has been put to the test many times in recent years, and it has passed with excellence.”

Halevi seems to be referring to what Israeli defense officials have dubbed “the War Between the Wars,” which is reportedly a low-profile Israeli campaign to detect and selectively destroy emerging threats to Israel’s security.

Only a fraction of these alleged strikes – like the recent attack on an airbase in central Syria containing Iranian personnel – receive media coverage. The apparent scope of these operations, as well as the intelligence-gathering that makes them possible, boggles the imagination. An industry of intelligence-gatherers and air-force operations works behind the scenes, nipping threats in the bud and doing so without sparking major wars in the process.

‘A range of capabilities’

Brig.-Gen. (Res.) Ephraim Segoli, head of the Airpower Research Center at the Fisher Institute for Air and Space Strategic Studies in Herzliya, recently discussed the ways in which these abilities have evolved.

Segoli, who commanded two combat helicopter squadrons and was commander of the Palmahim helicopter and drone base south of Tel Aviv, said Israel’s campaign has expanded significantly.

“In recent years, Israel struck a number of Syrian and Iranian targets on Syrian territory,” he said. “Striking state targets represents an exception to the attacks that have been occurring in the context of the ongoing campaign waged by Israel since 1982 against terrorist organizations to the north and south.”

Nevertheless, Segoli added, obstacles remain. Israel’s ongoing campaign revealed, “time and again, the gap between the air force’s strike capabilities and the ability to create suitable targets for attack,” he noted. But this gap will decrease, he added, due to the development of a concept known as “area acquisition.”

Area acquisition is the ability to continuously observe a certain area over a period of time through a range of sensors, and then fuse all the intelligence data together into a single picture.

The air force is getting new tools, particularly drones that can fly for long periods, to create what Segoli called “a continuum of learning.” This continuum is complemented by improved cooperation between the various units responsible for collecting intelligence and creating targets.

As a result, Segoli said, the gap between the ability to strike a target and detect it will continue to decrease: “The air force will be able to express its potential to the maximum.”

Col. (ret.) Gabi Siboni, director of the Military and Strategic Affairs Program at the Institute for National Security Studies in Tel Aviv and a former chief of staff of the Golani Brigade, agreed that the IDF’s intelligence abilities are “continuously and consistently improving.” This has been the case since the 2007 strike on the nuclear plant in Syria, he said. “The ability to accurately strike a target is derived not only from an operational ability – to bring munitions to a particular point at a particular time – but mainly from the ability to locate the target,” he added.

Other factors making such strikes possible, Siboni explained, include the ability to certify the likelihood of an enemy’s being inside the target, the ability to examine different ways of striking it, and the ability “to conduct an assessment to see what happened after the strike and confirm that it has been destroyed.”

Siboni said Israel makes use of many ways of gathering, analyzing, and assessing intelligence to complete such missions. “The IDF and the State of Israel have a range of capabilities in this area,” he said.

Yet he also cautioned that during times of war, such precise intelligence is not always going to be available. As a result, other key abilities will be necessary to achieve gains during war. These include the ability to think cleverly, to get IDF branches to work together, to have a determined command, and to be guided by combative spirit.