"Beijing and its representatives in Hong Kong continue to take actions inconsistent with commitments made under the Sino-British Joint Declaration."

The bill — which would have allowed the residents of the semi-autonomous Chinese territory to be sent to mainland to stand trial — has been withdrawn, but the protests continued for more than seven months, centered around demands for voting rights and an independent inquiry into police conduct. 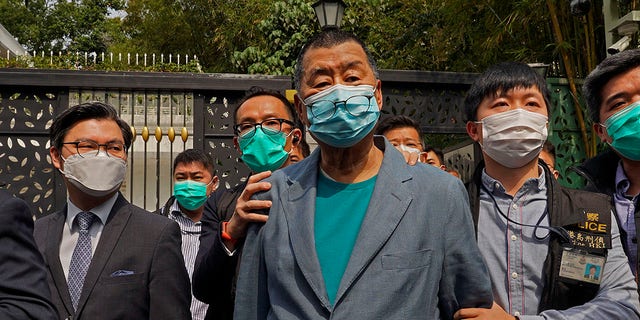 Hong Kong media tycoon Jimmy Lai, center, who founded local newspaper Apple Daily, is arrested by police officers at his home in Hong Kong, Saturday, April 18, 2020. (Associated Press)
While the protests began peacefully, they increasingly descended into violence after demonstrators became frustrated with the government’s response. They feel that Hong Kong leader Carrie Lam has ignored their demands and used the police to suppress them.

U.S. Secretary of State Mike Pompeo in a statement condemned the arrests.

“Beijing and its representatives in Hong Kong continue to take actions inconsistent with commitments made under the Sino-British Joint Declaration that include transparency, the rule of law, and guarantees that Hong Kong will continue to ‘enjoy a high degree of autonomy,'" Pompeo said. He was referring to the 1997 handover of the former British colony to China, which promised the city would enjoy political freedoms not afforded mainland China.

"Beijing and its representatives in Hong Kong continue to take actions inconsistent with commitments made under the Sino-British Joint Declaration."
— U.S. Secretary of State Mike Pompeo 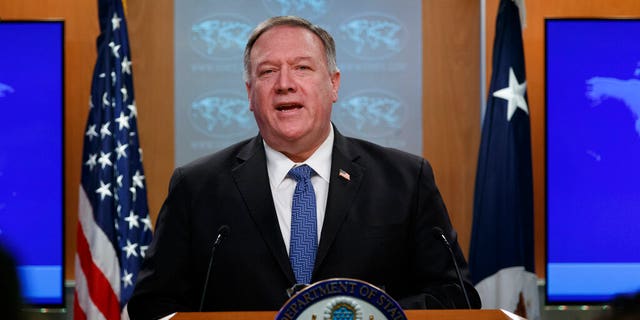 Secretary of State Mike Pompeo speaks during a news conference at the State Department in Washington, Thursday, March, 5, 2020. (Associated Press)
Attorney General William Barr also weighed in with a statement saying these events show how "antithetical the values of the Chinese Communist Party are to those we share in Western liberal democracies. These actions — along with its malign influence activity and industrial espionage here in the United States — demonstrate once again that the Chinese Communist Party cannot be trusted.”

"These actions — along with its malign influence activity and industrial espionage here in the United States — demonstrate once again that the Chinese Communist Party cannot be trusted."
— Attorney General William Barr 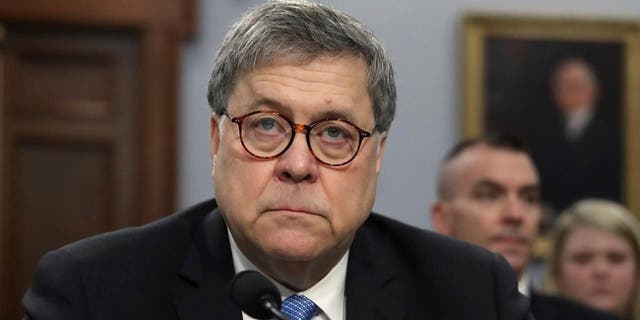 Britain's Foreign Office also criticized the arrests, saying “the right to peaceful protest is fundamental to Hong Kong’s way of life and as such is protected in both the Joint Declaration and the Basic Law.”

Beijing has accused the U.S. and other Western countries of instigating the protests and insists they're China's internal affairs. 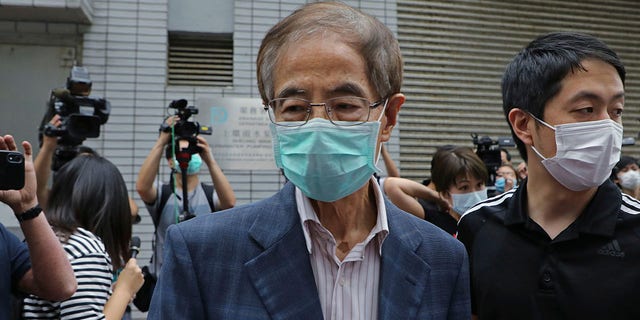 Former pro-democracy lawmaker Martin Lee, 81, center, leaves a police station in Hong Kong, Saturday, April 18, 2020. (Associated Press)
The Office of the Commissioner of the Chinese Foreign Ministry in Hong Kong said police were enforcing the law against those suspected of organizing and participating in unauthorized assemblies, and foreign countries have no right to interfere, China's official Xinhua News Agency reported.

“It is completely wrong that the U.K. Foreign Office spokesperson has distorted the truth by painting unauthorized assemblies as ‘peaceful protests,' in a bid to whitewash, condone and exonerate the anti-China troublemakers in Hong Kong," the statement said.

Lai, Lee Cheuk-yan and Yeung Sum — a former lawmaker from the Democratic Party who was also arrested — were charged in February over their involvement in a rally on Aug. 31 last year.

The Hong Kong authorities had denied permission for most of the rallies and police increasingly used tear gas and pepper spray against demonstrators, arresting hundreds.

The League of Social Democrats wrote in a Facebook post on Saturday that its leaders were among those arrested, including chairman Raphael Wong. They were accused of participating in two unauthorized protests on Aug. 18 and Oct. 1 last year.